If you’ve ever wondered how you’d handle being stranded on a deserted island with your high school frenemies, The Wilds is pretty much your worst nightmare. The new series, which hits Amazon Prime Video on Dec. 11, is little bit Gossip Girl, a little bit Lost, and a whole lot of unexpected twists and turns. As you’re watching and trying to keep track of every important The Wilds character and cast member, this guide will help you remember everyone’s roles and cue you into where you’ve seem some familiar faces before.

The new series follows a group of teenage girls who are stranded on an island without food, water, or social media after a plane crash. While that in itself sounds like a horror film, the fact that it appears the crash wasn’t an accident really ups the stakes as the girls fight to survive and make their way back to civilization.

Executive produced by Amy B. Harris (Sex and the City and The Carrie Diaries), Jamie Tarses (Happy Endings), Dylan Clark (Bird Box), and creator Sarah Streicher (Daredevil), the 10-episode first season hails from some of TV’s best minds. As each episode uncovers more about the castaways’ pasts that led them to this island, here’s what you need to know about the actors who portray "The Unsinkable Eight" (what the group of stranded girls call themselves) and the people playing puppet master with their lives:

Who Plays Gretchen In ‘The Wilds’? 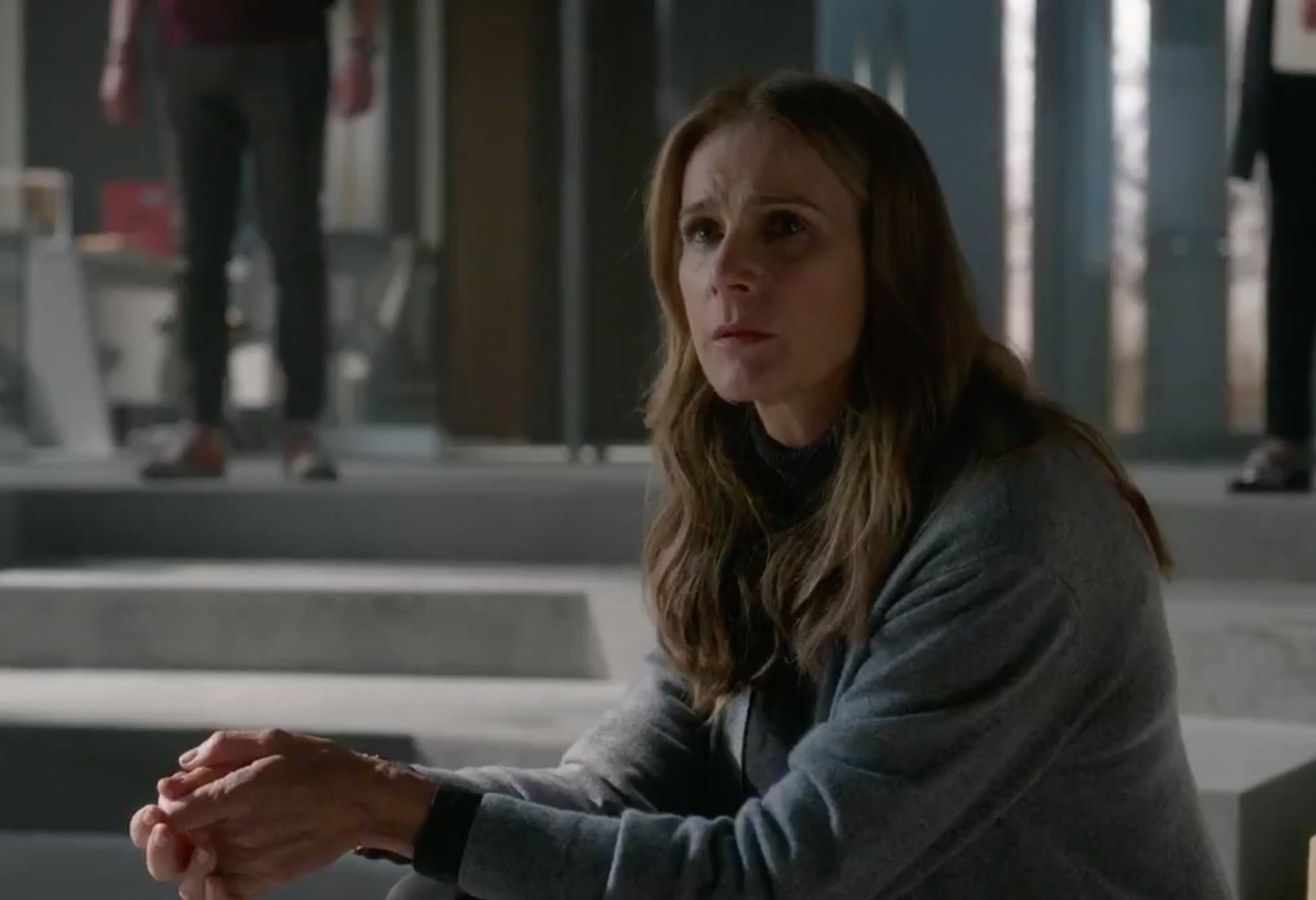 There’s a good chance you’re already a fan of Rachel Griffiths (even if you don’t know it), since she’s been in so many hits, including My Best Friend’s Wedding, Six Feet Under, Brothers & Sisters, Saving Mr. Banks, and Blow.

While Griffiths already has a lengthy resume, playing Gretchen — the ambitious leader of a teenage girl empowerment retreat — might be her most exciting.

Who Plays Fatin In ‘The Wilds’? 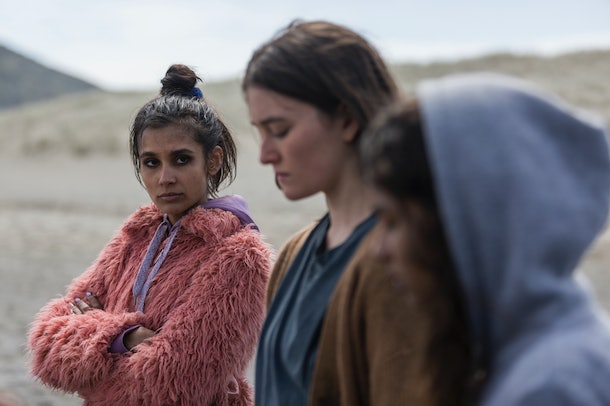 Best known for her role as Dr. Dahlia Qadri on Grey’s Anatomy, Sophia Ali takes on Fatin, one of The Unsinkable Eight. Her part in The Wilds is vastly different than the doctor she previously played on Grey’s. Fatin has brains and talent like Dahlia, but she’s also proudly promiscuous, fashionably loud, and isn’t afraid to ruffle some feathers or speak the truth, no matter the consequences.

Who Plays Leah In ‘The Wilds’? 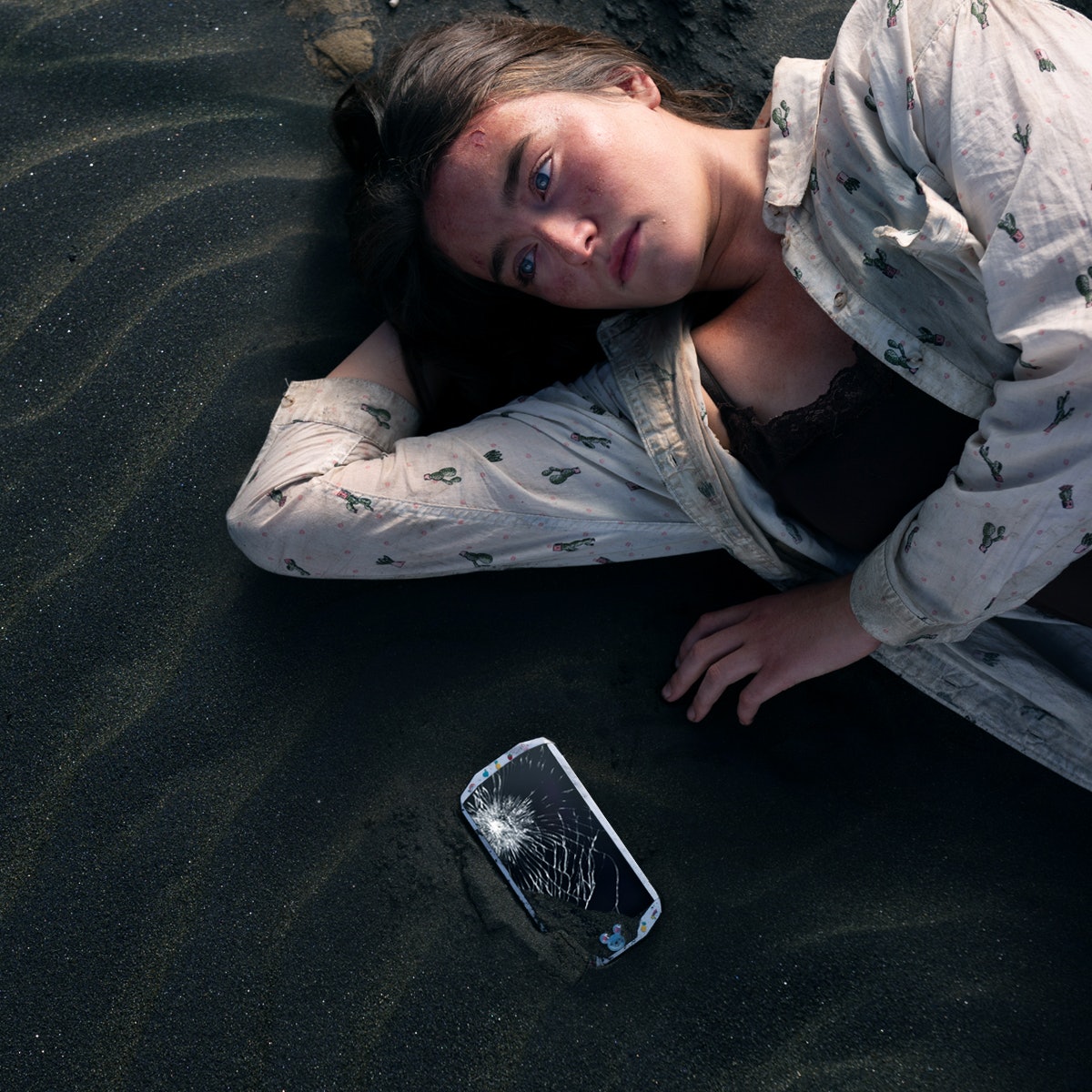 The creative queen of over-thinking and over-loving, Leah is part of the group of girls stranded on the island. While striving to survive, she’s also trying to get over a tough breakup. While you might have spotted actor Sarah Pidgeon in Gotham, playing Leah in The Wilds serves as her major breakout role.

Who Plays Dot In ‘The Wilds’? 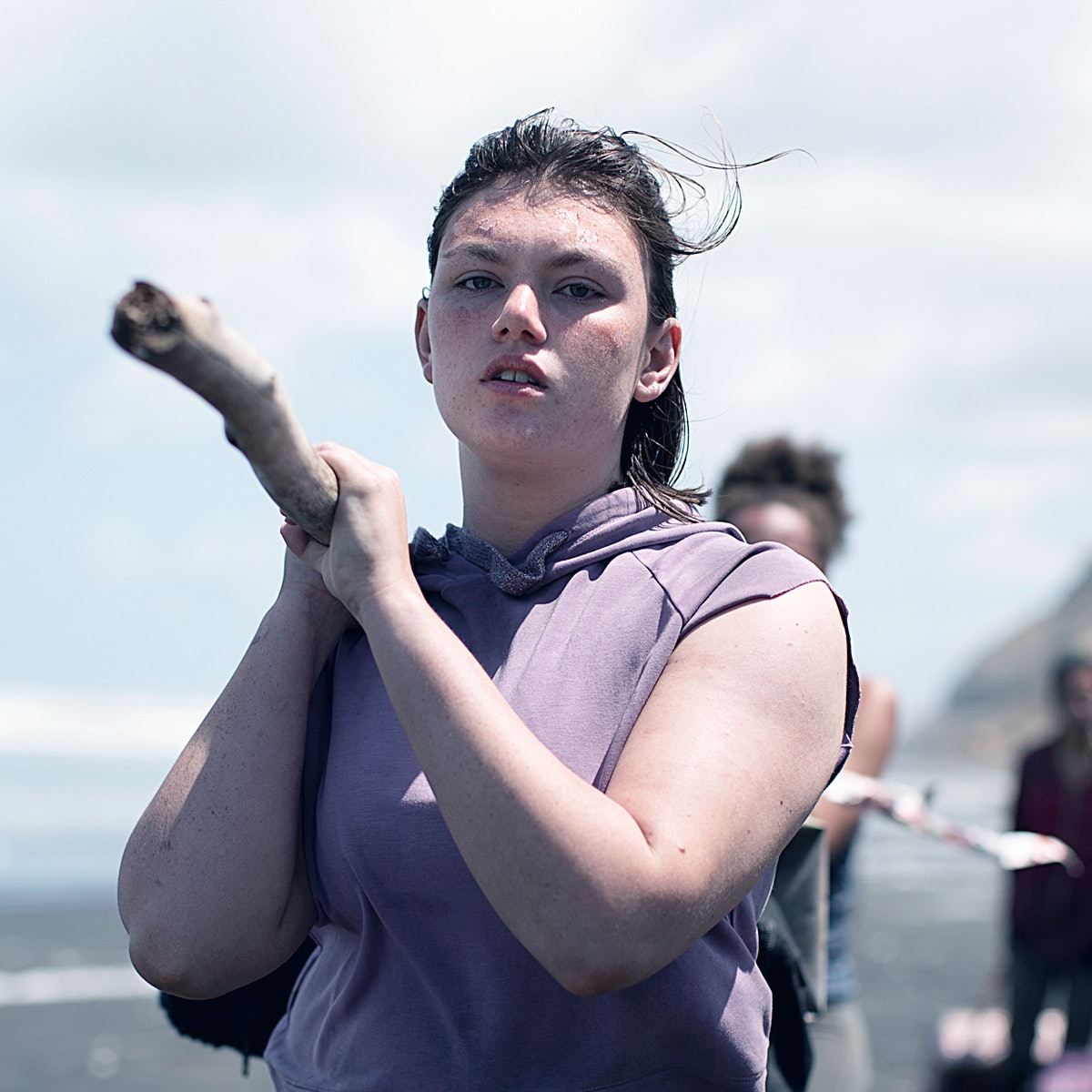 It’s hard not to love Dot — a smart girl with impressive survival skills who had to grow up far too quickly. The helpful member of The Unsinkable Eight is played by Shannon Berry, who’s appeared in The Gateaway, Offspring, and Hunters.

Who Plays Martha In ‘The Wilds’? 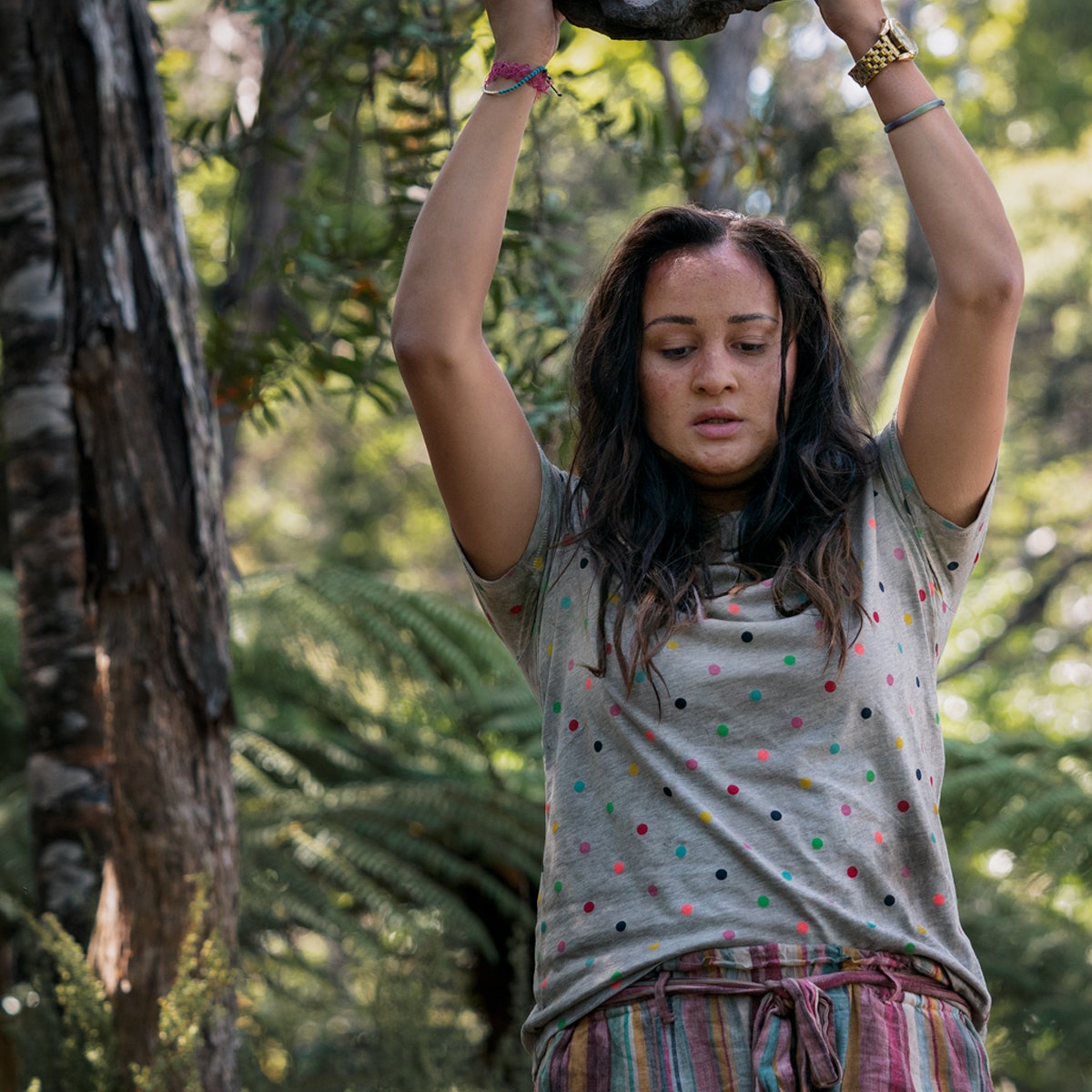 Martha — a friendly, big-hearted animal lover and BFF to bad-girl Toni — is played by newbie Jenna Clause. While Clause has had smaller roles in a few lesser-known projects, her portrayal as one of the Eight puts her on the map as an actor to watch.

Who Plays Toni In ‘The Wilds’? 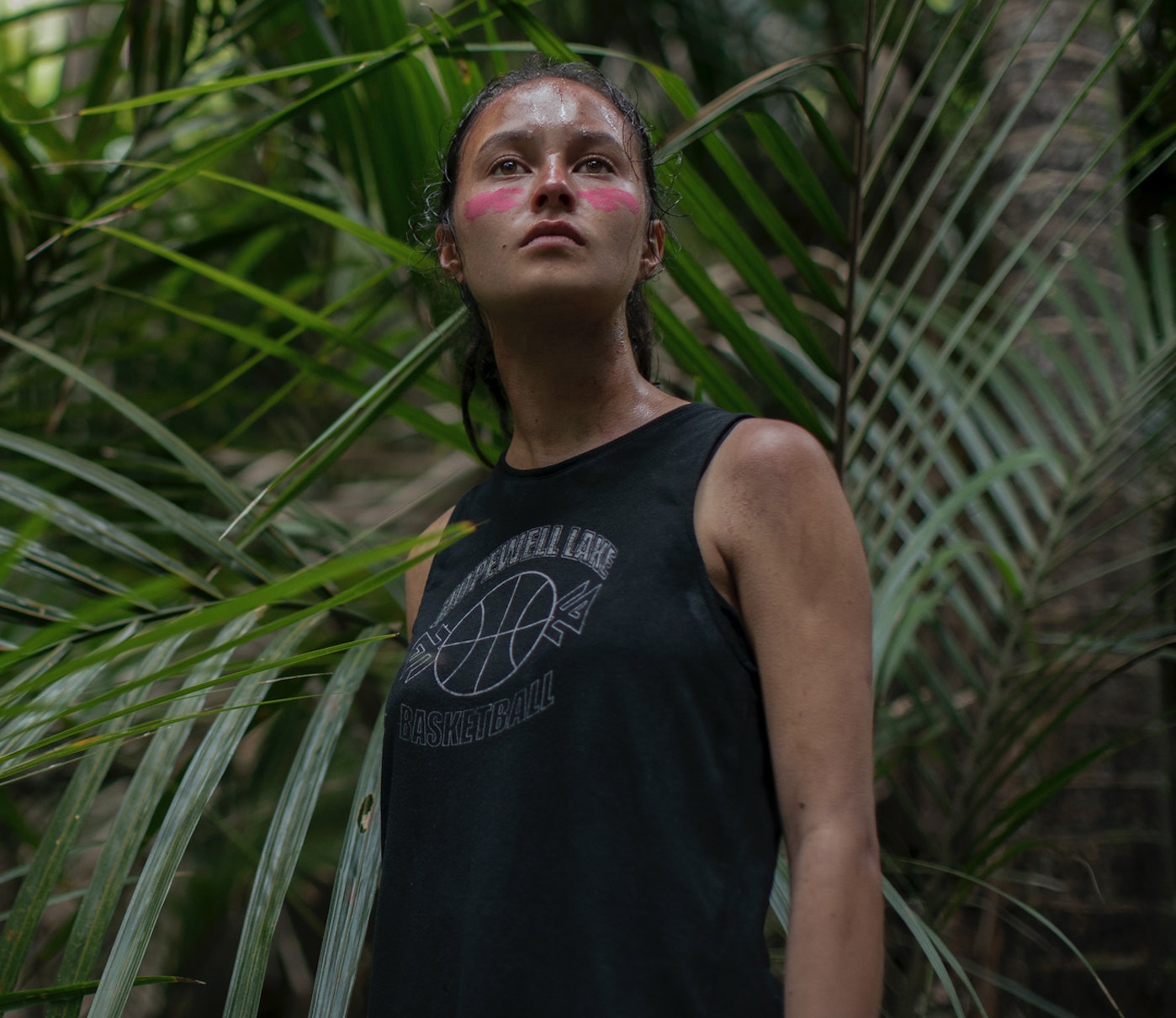 The Changeover and Golden Boy‘s Erana James plays Toni, an angry tomboy with a short fuse and major trust issues. While she has a hard exterior, her loyal friendship with BFF Martha makes them a strong duo.

Who Plays Nora In ‘The Wilds’? 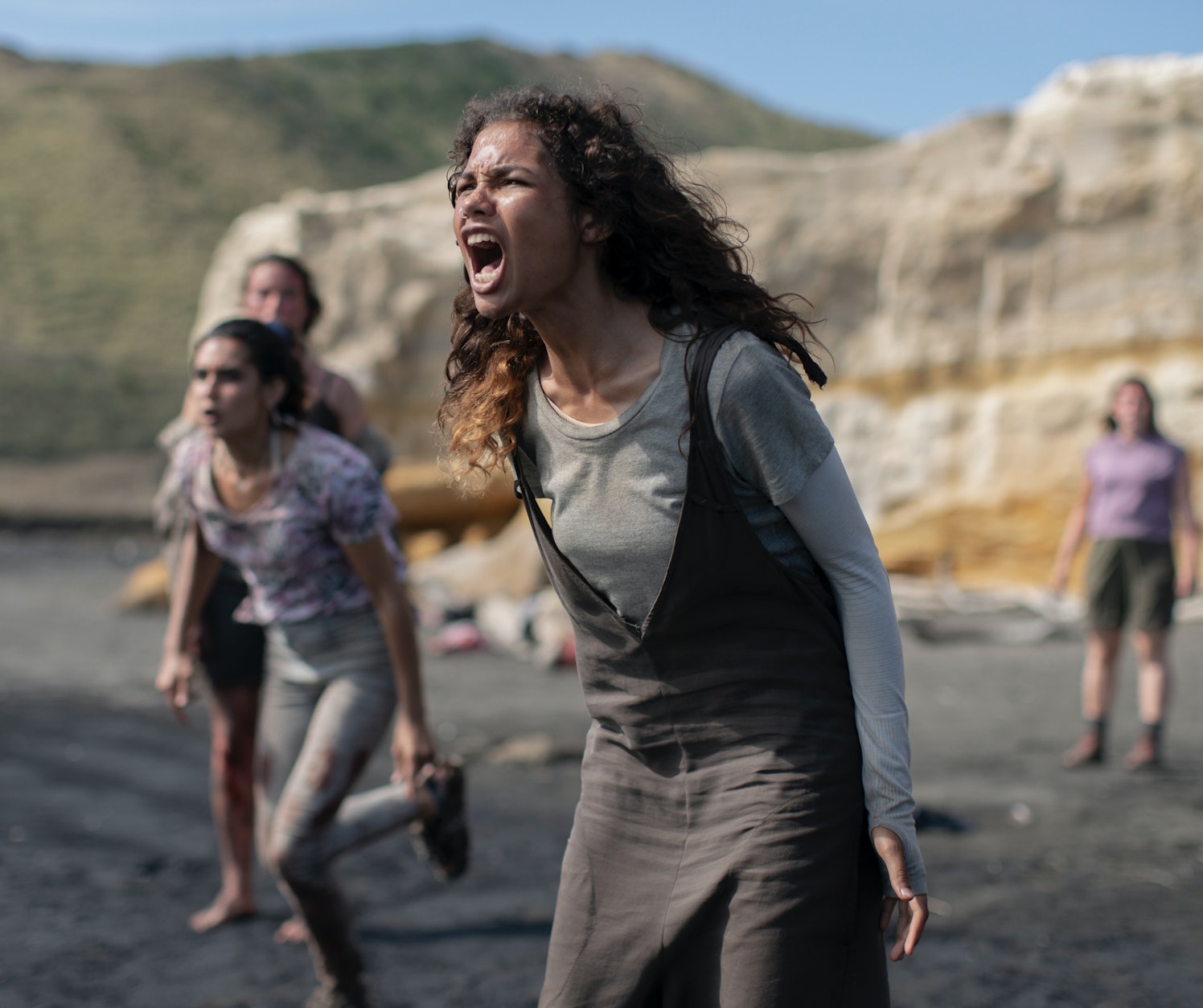 Played by Helena Howard, Nora is a shy introvert who appears to hide in the shadow of her twin sister, Rachel. As one of the Eight, her intelligence and acute power of observation proves she’s much more valuable than first impressions may have seemed. Howard’s previous work includes lead roles in Madeline’s Madeline and Quibi’s Don’t Look Deeper.

Who Plays Rachel In ‘The Wilds’? 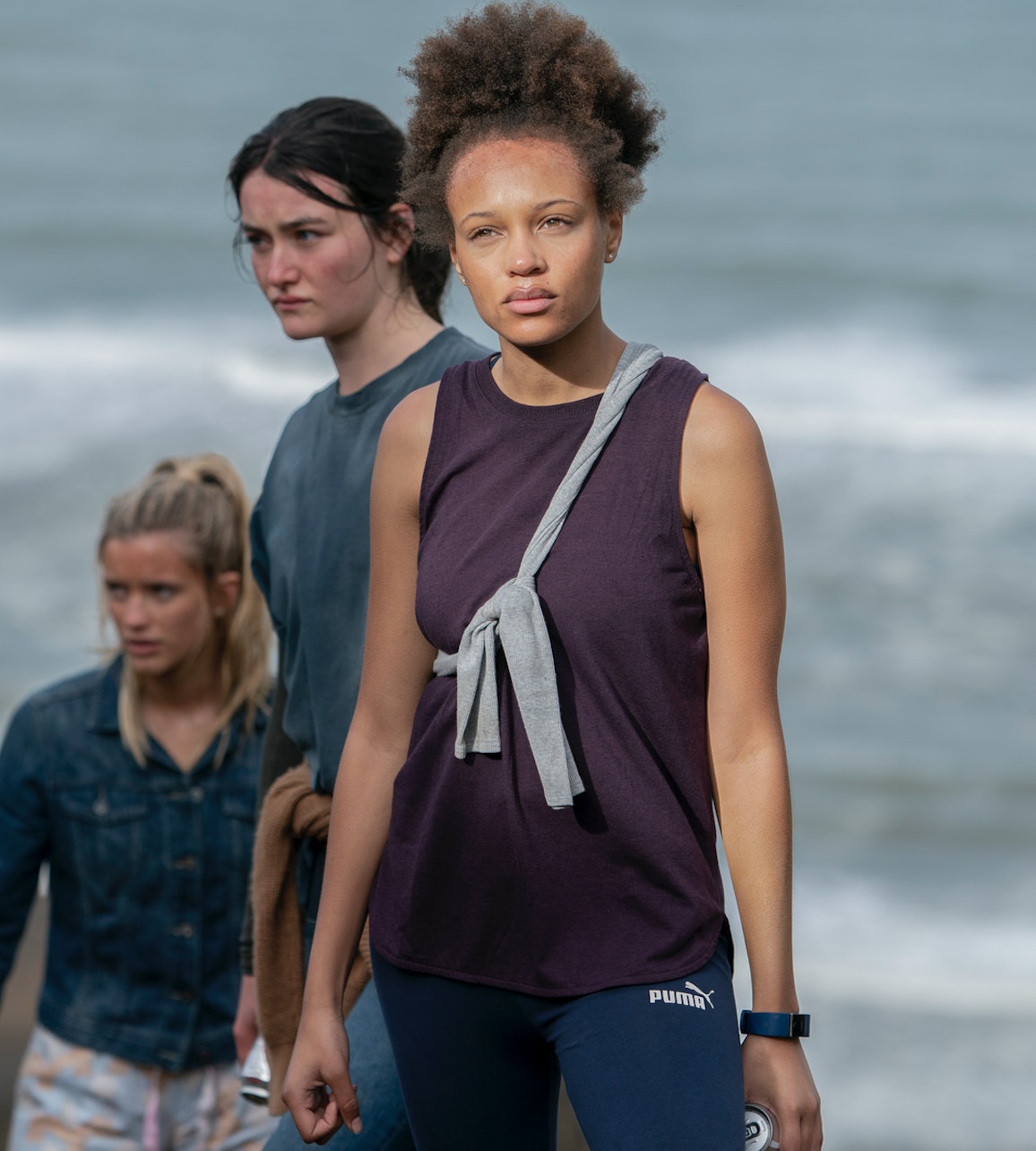 A determined athlete, Nora’s twin sister Rachel is played by Reign Edwards who not only acts, but sings as well. In addition to her role as Nicole Avant in The Bold and the Beautiful, Edwards has also played recurring characters on MacGyver and Snowfall.

Who Plays Shelby In ‘The Wilds’? 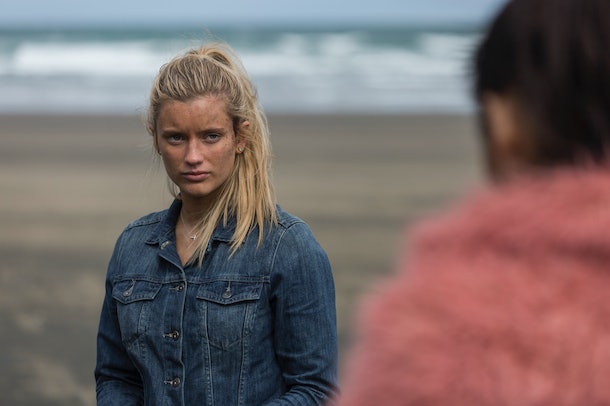 Texan pageant queen Shelby might seem like she has it all together, but it’s apparent she has some secrets. The complex character is played by Mia Healey, a total newbie to the screen.

Who Plays Jeanette In ‘The Wilds’? 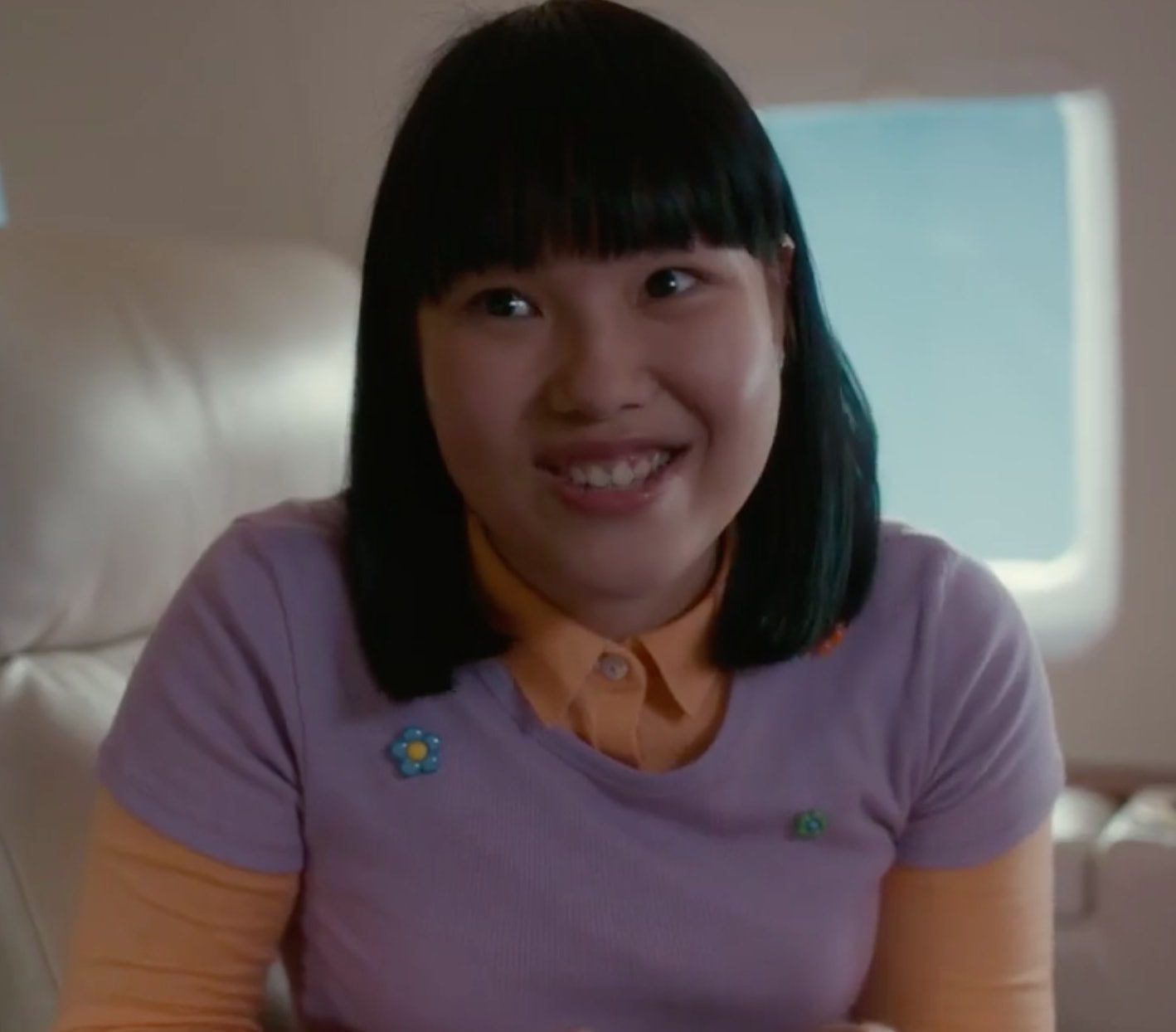 Jeanette, the peppy passenger who’s more complex than meets the eye is played by Chi Nguyen. Another newcomer, Nguyen has had a few small, indie roles, but The Wilds serves as her first major on-screen performance.

Who Plays Dr. Daniel Faber In ‘The Wilds’? 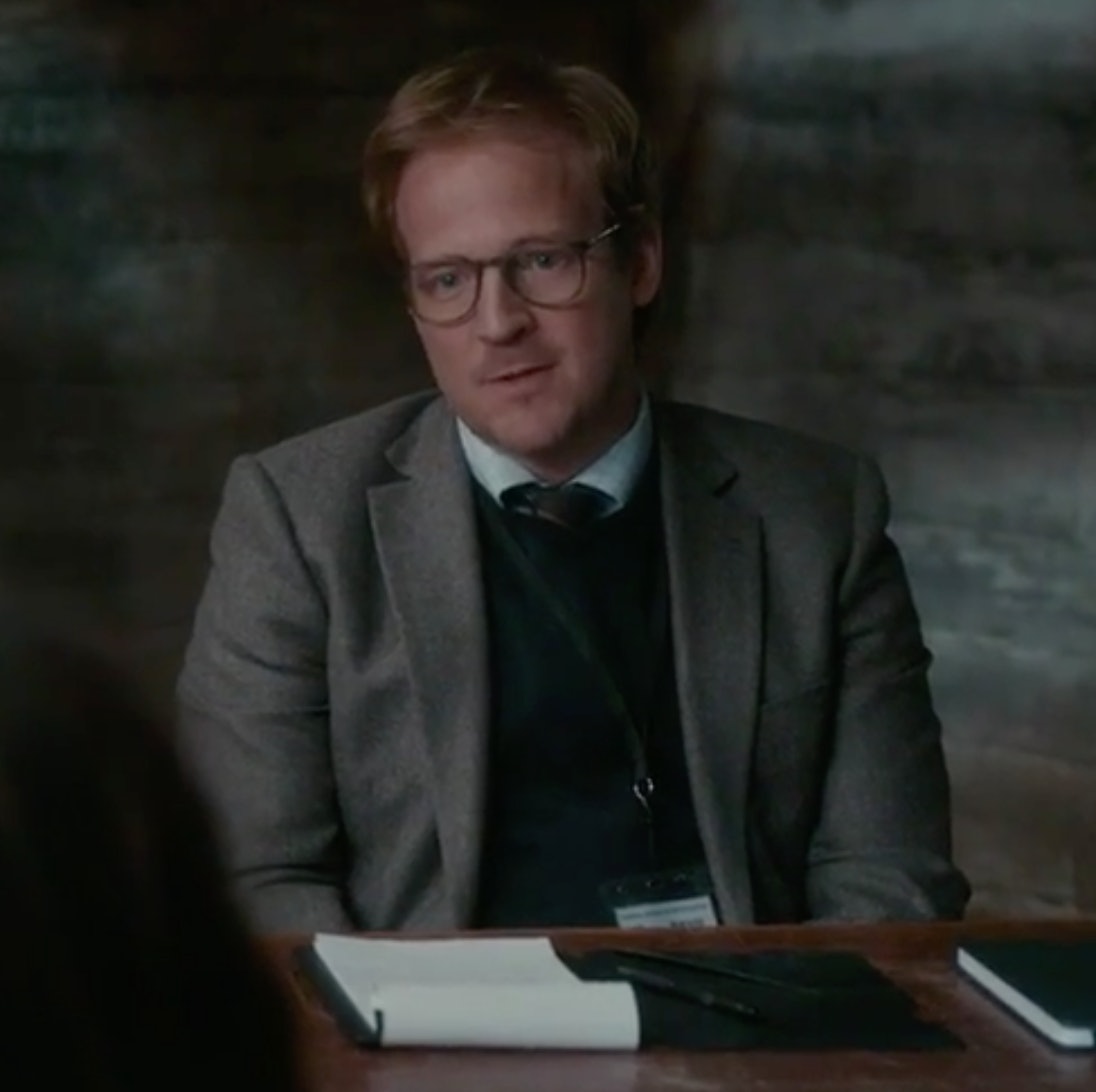 Dr. Daniel Faber is introduced as a trauma specialist who’s skilled at listening to and evaluating The Unsinkable Eight. He’s played by David Sullivan from Goliath, The Son, and Sharp Objects (just to name a few).

Who Plays Agent Dean Young In ‘The Wilds’? 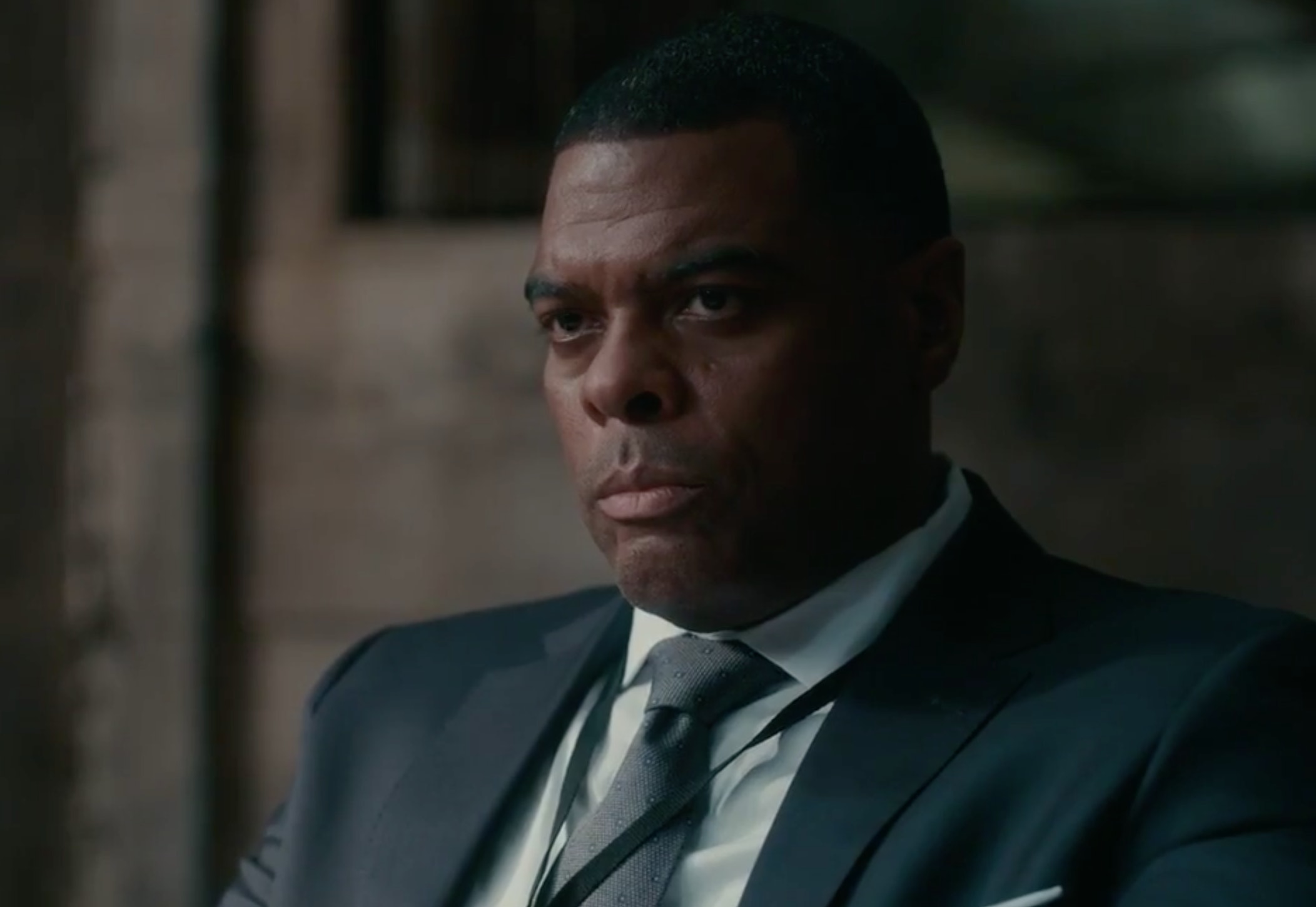 Troy Winbush plays Agent Dean Young, a commanding yet sympathetic investigator who interrogates The Unsinkable Eight throughout the series. Since Winbush has had notable roles since the late ’80s, there’s a chance you’ve seen him before, whether it was on The Cosby Show, Scandal, or The Goldbergs.

Who Plays Jeff In ‘The Wilds’? 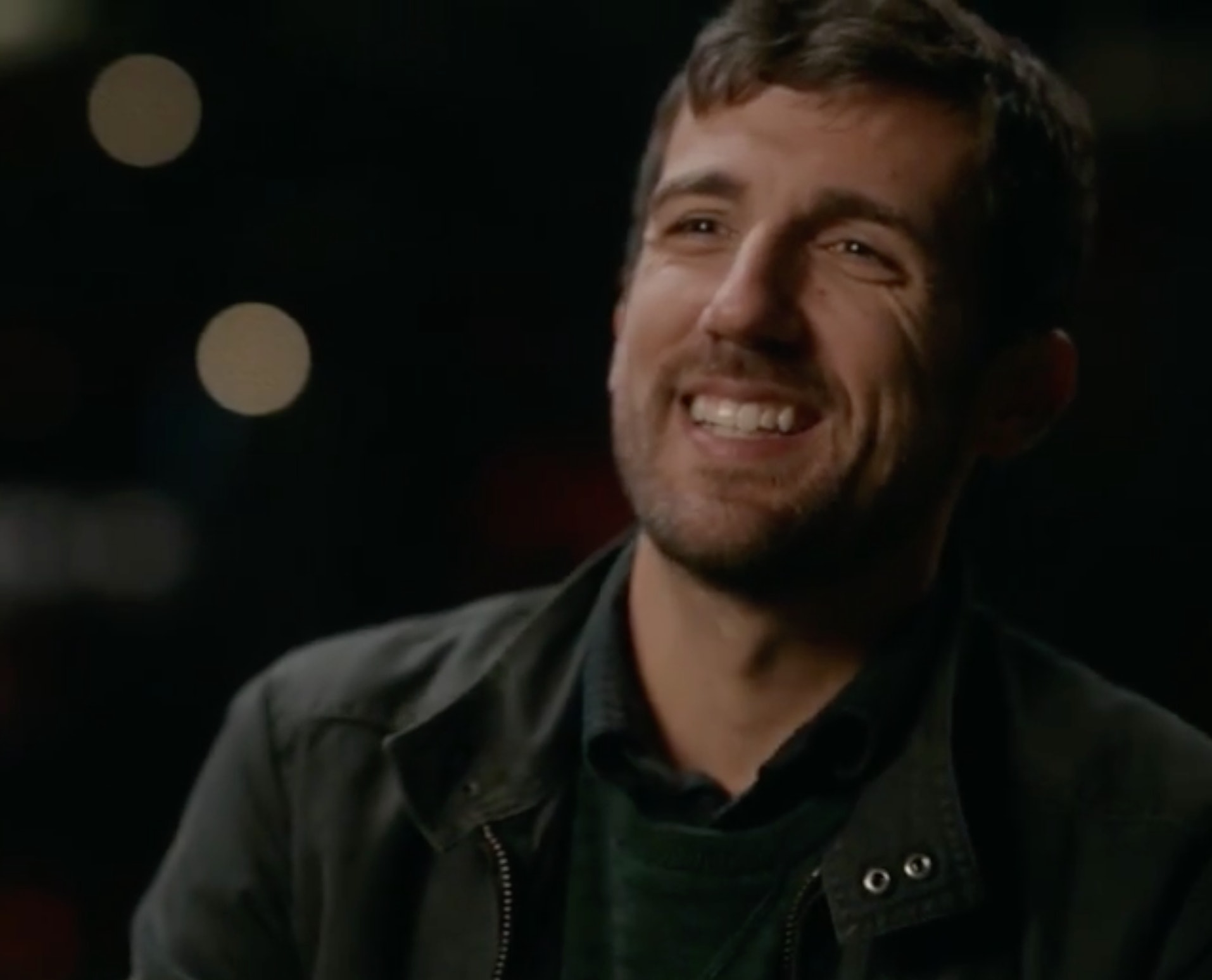 Leah’s older, author ex-boyfriend is played by Carter Hudson, who has previously appeared in A Crime to Remember and Snowfall.

The Wilds is on Amazon Prime Video on Dec. 11.