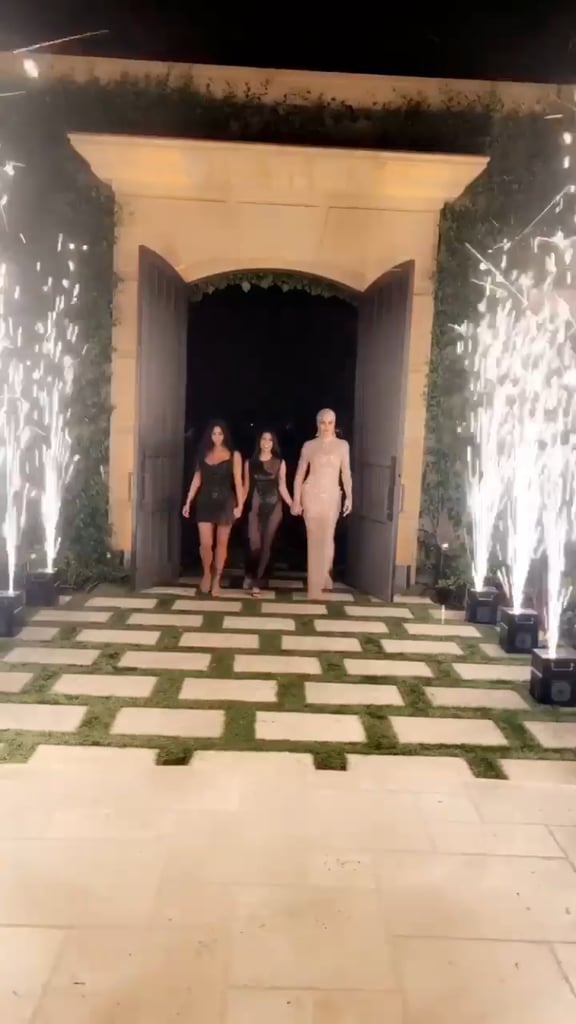 Kourtney Kardashian turned up the heat for her 40th birthday on Thursday. The reality star and mother of three said goodbye to her 30s with a star-studded bash. Kourtney was spotted wearing a sexy black dress as she walked into the party with daughter Penelope. Guests included all the Kardashian-Jenner sisters as well as their momager, Kris Jenner, Kim’s husband Kanye West, Paris Hilton, Robin Thicke, and many more. The event also brought out quite a few of Kourtney’s exes including Scott Disick, Younes Bendjima, and Luka Sabbat.

As for the actual event, the entire place was decorated with custom party favors including Don Julio bottles with Kourtney’s face, napkins that read “Kim, there are people that are dying,” and a birthday cake featuring a topless Kourtney in front of the bathtub. Kim previously said that Kourtney was the “least interesting to look at,” but her sexy birthday appearance certainly begs to differ.