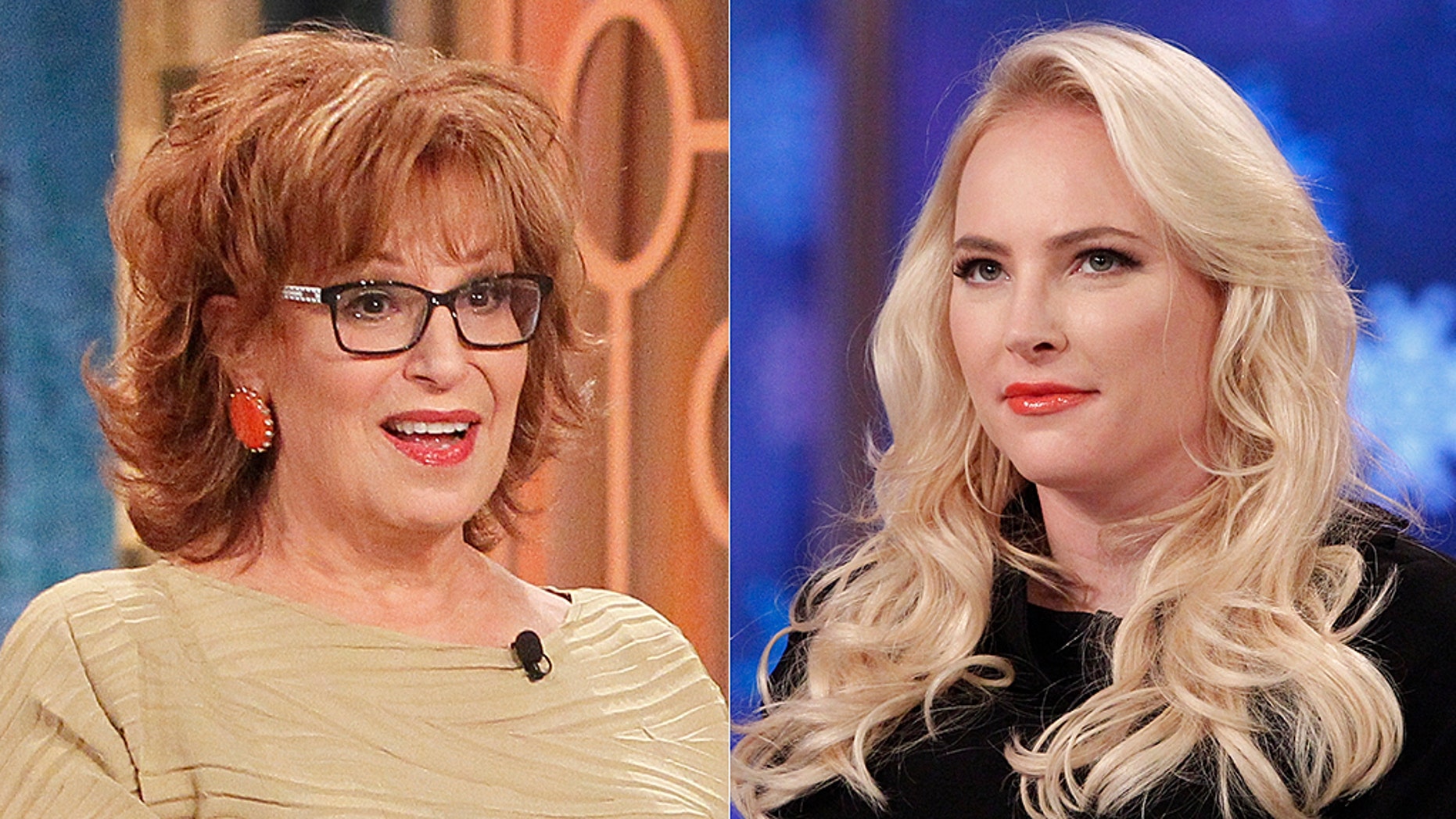 ABC News’ “The View” Joy Behar scolded colleague Meghan McCain on Monday morning, telling the conservative co-host that she was having a “hissy fit” and ending a conversation before McCain had a chance to chime in.

The daytime gabfest got uncomfortable during a conversation about Senator Amy Klobuchar, who poked fun at President Trump’s hair over the weekend after he mocked her presidential announcement. McCain appeared to talk over Behar’s introduction of the segment when the fiery liberal shot back, “Can I get through this, please?”

JOY BEHAR SNAPS AT MEGHAN MCCAIN ON 'THE VIEW' WHEN ASKED TO HONOR GEORGE H.W. BUSH WITHOUT TRASHING TRUMP

Behar continued setting up the discussion as McCain repeatedly said the entire thing was “stupid.” The panel dissected the feud between Klobuchar and Trump when McCain chimed in.

McCain rhetorically asked, “Can I say something now? Is that OK?”

Behar told her to “go ahead” and McCain sarcastically replied, “I have permission to speak now on Amy Klobuchar? We’re all good?”

McCain started to explain that she had friends at Klobuchar’s announcement when she was distracted by whatever Behar was doing off camera.

JOY BEHAR'S JOYLESS 2018: 'THE VIEW' STAR'S MOST OVER-THE-TOP ANTI-TRUMPINESS OF THE YEAR

“No, by all means, keep going, Joy,” a visibly frustrated McCain said.

Behar shot back, “If you’re going to have a hissy fit, we can’t continue.”

The crowd chuckled as McCain sat with her arms folded and Behar moved on to the next topic.

This is hardly the first confrontation between the outspoken co-hosts, who clash on a regular basis – leading to speculation that the drama is personal.

Back in December, Behar and McCain had a tense moment when paying tribute to the late President George H.W. Bush only a few days after his death. Behar invoked President Trump as she was praising the 41st president’s policy on pollution and the Clean Air Act Amendments his administration passed in 1990.

“This president that we have now is trying to unravel everything that he did and Obama did,” Behar said. “And if I ever become a one-issue voter, it will be about pollution and the greenhouse effect.”

McCain quickly jumped in and said, "I don’t want to talk about Trump. We’re honoring a great president who has passed.”

“Excuse me a second, please,” Behar exclaimed, to which McCain replied that she wasn’t “interested” in hearing about her one-issue position, which led to a fiery exchange between the two, as Whoopi Goldberg abruptly ended the segment before a commercial break.

'THE VIEW' HOST JOY BEHAR CHECKS HERSELF AFTER SLIP OF TONGUE: 'I DON'T WISH THE PRESIDENT ILL'

Last July, the panel erupted when into chaos during a discussion about whether or not the rise of Alexandria Ocasio-Cortez and the normalization of Democratic Socialism will benefit America. Co-host Sunny Hostin detailed some of the issues that Ocasio-Cortez plans to encourage, such as “Medicare for all,” fully funded public schools and universities, paid family and sick leave, justice system reform and “housing as a human right.”

Behar approved, but the show’s lone conservative Meghan McCain said it was making her “head explode.”

McCain and Behar quickly got into a shouting match and continued bickering when Goldberg finally interrupted the segment and tossed it to a commercial break.

Despite the on-going feud, McCain recently told Bravo host Andy Cohen that the two get along off camera.

“We are very similar women, we leave it all out on the table, we fight like boxers… she’s really funny and at the end of the day I try and hate her and I can’t,” McCain told Cohen. “I’m telling you I’ve never had more fun fighting with someone on TV than I do with Joy Behar.”

Fox News’ Joseph A. Wulfsohn contributed to this report.