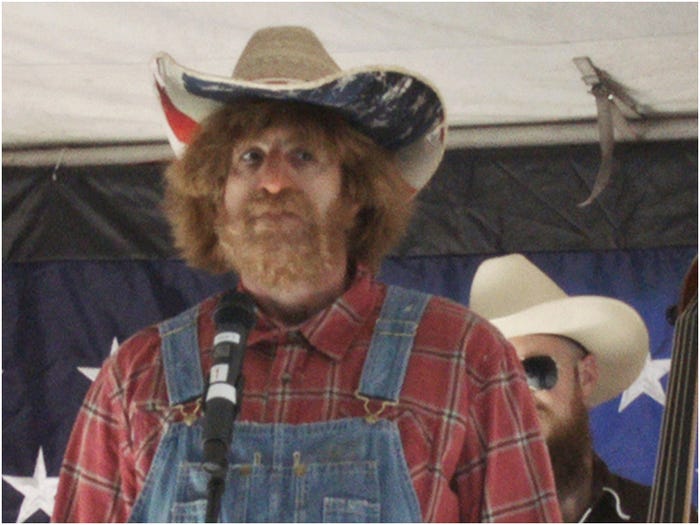 Sacha Baron Cohen's brother, who composed "Borat 2," wants to perform the "Wuhan Flu" song at the Oscars should it land a nomination at the Academy Awards.

Erran Baron Cohen, the older brother Sacha, spoke to The Hollywood Reporter about composing the movie and the chances of earning a best original song nomination. If it did manage to get the nod, it would normally be expected to be performed at the ceremony.

"I would love to, if we could travel then. I think that would be one of the best things that would ever happen at the Oscars. It would make it the most interesting Oscars ceremony ever," Baron Cohen said.

He continued: "The issue, of course, is that it's a racist song … it's highlighting the racism in people."

However, Baron Cohen believes that in order to get around this, the lyrics could be changed and a "special version" could be performed just for the Academy Awards.

"I think it might be funny to do that and make a special version that was maybe more appropriate. We've got eight minutes of stuff already. But times may have changed by then anyway and we might have something else to talk about."

Baron Cohen, who revealed there's a nine-minute version of the song, said that he never got to be on the set of the movie but wished he could have been. However, for the "Wuhan Flu" song scene, which his brother Sacha performed at a right-wing March For Our Rights rally, Baron Cohen was worried.

In the movie, Borat disguises himself as a country singer at the rally in search of his daughter, and gets up on stage in front of a crowd carrying guns to sing the "Wuhan Flu" song, which included satirical lyrics about infecting Barack Obama and Dr. Anthony Fauci with COVID-19. Sacha Baron Cohen later revealed that he was "fortunate to make it out in one piece" when the crowd realized they were being duped and stormed the stage.

"For that scene, I knew it was going to be dangerous. I said to Sasha, just make sure you get out alive."

Still, neither of those songs featured lyrics such as "Obama, what we gonna do? Inject him with the Wuhan flu."