“I never dealt drugs,” Hall explained today in a statement “I shared a story about a bad situation I got myself into when I was 19” 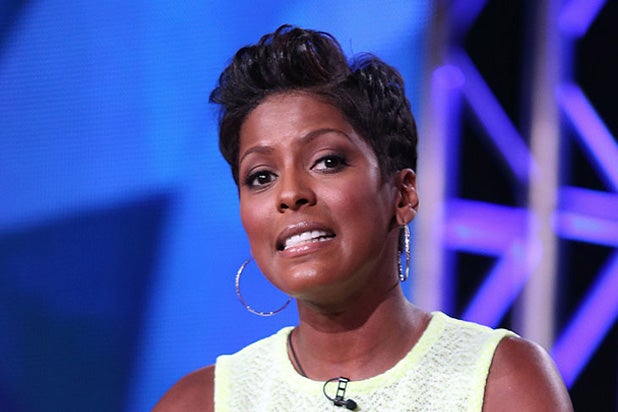 Tamron Hall has clarified an unaired statement she made on her ABC talk show earlier this week that she used to facilitate cocaine sales as a teenager with her college boyfriend.

“I never dealt drugs,” Hall said in a statement to TheWrap. “During an interview with Prison Rights Advocate Topeka Sam, I shared a story about a bad situation I got myself into when I was 19,” she said.

According to a Daily Mail report, the Tuesday episode of her new daytime talk show had to have a hasty edit of an unaired clip where she copped to “facilitating” the sale of cocaine when she was a teen.

Her statement continues, “I am now nearly 50 years old and was reflecting on a bad judgement call that could have turned worse. I say but for the grace of God, there go I. It was part of an open and honest conversation about women, incarceration and mistakes made. For legal reasons a portion of that segment was edited from the show.”

Hall said she hopes the show “can be a forum for sharing stories without shame or judgement,” then noted the Friday episode includes a segment on opioid addiction.

The Daily Mail cites “production insiders” who provided the information, but notes it’s “unclear in which context she made the revelation” about, it says, “‘facilitating’ the sale of the drug with her college boyfriend.”