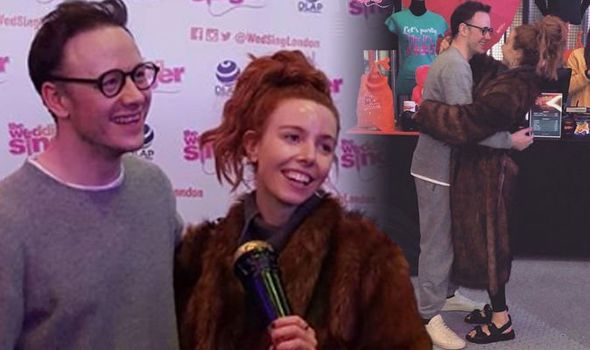 The former Strictly Come Dancing champions, who won the competition together in 2018, could be seen in a loving embrace in the social media snap.

The picture was taken when Stacey headed to the theatre to watch her beau take on the lead role in the stage production of The Wedding Singer: The Musical.

TV star Stacey, who just returned home after touring the UK with the Strictly Live! tour, proudly threw her arms around her boyfriend in a rare public display of affection.

The red-haired documentary film-maker swept her tresses up into a high ‘do and was dressed in a large fluffy coat, black leggings and sandals for her night out.

Professional dancer Kevin, who is playing the role of Robbie Hart in the musical, which is based on the 1998 Adam Sandler film of the same name, was casually dressed in a grey tracksuit and trainers after coming off the stage. 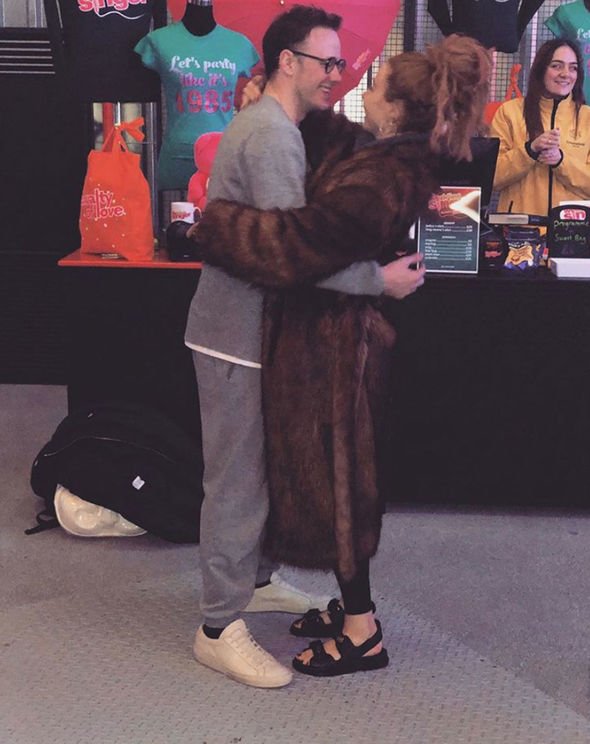 Posting the picture on his own Instagram account, in view of his 374,000 followers, Kevin captioned the post: “My girl came to me in The Wedding Singer last night @sjdooley [heart emoji].”

To which, Stacey replied in the comments section with a red love heart.

Sharing the same snap on her Instagram Stories, she told her 817,000 followers: “My clever star.”

Stacey, who hosted the Strictly 2020 tour, was also joined at the theatre by some of the professional dancers from the show including former couple Katya Jones, 30, and Neil jones, 37.

Neil shared a snap of Kevin arm-in-arm with Stacey after the performance.

After watching his friend take on the lead role, he said: “I think I could be his biggest fan @kevinclifton.” 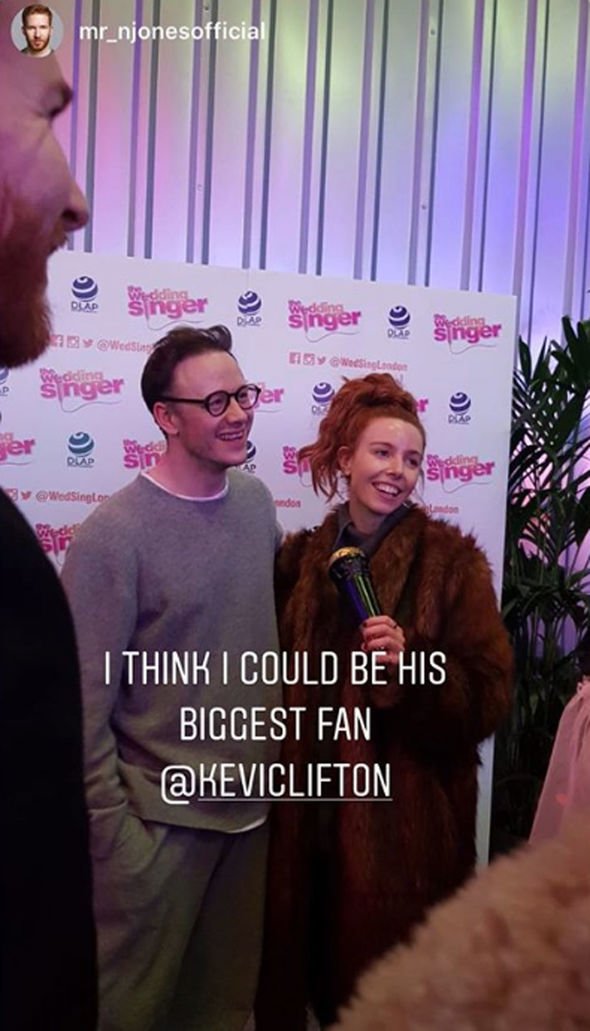 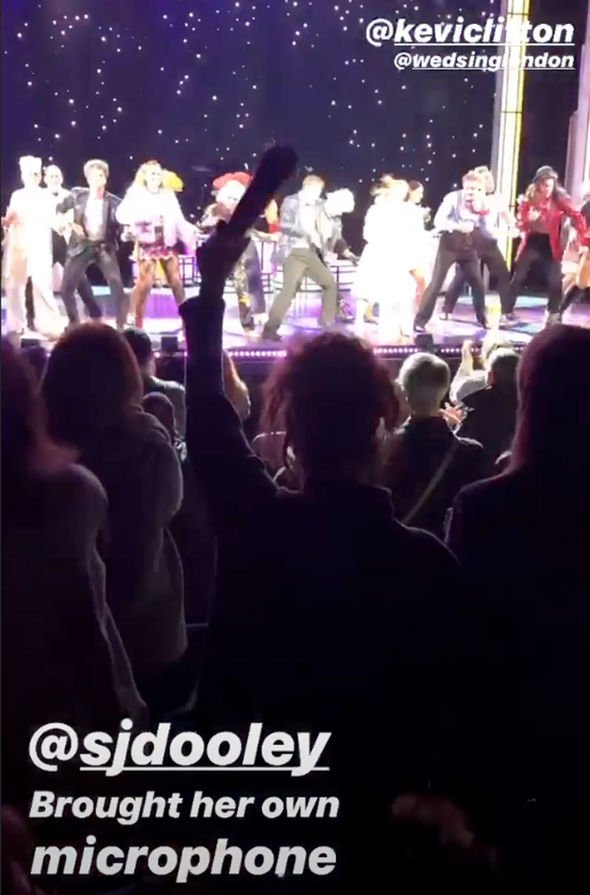 Strictly star Katya also took to social media and shared a short video clip on her Instagram account, which captured a very proud and excited Stacey dancing in the audience while watching her boyfriend on stage.

She held a prop microphone in one hand which she waved in the air.

Katya captioned the footage: “@Sjdooley brought her own microphone.”

Clearly amused, Stacey shared the dancers post and likened it to sex toy instead.