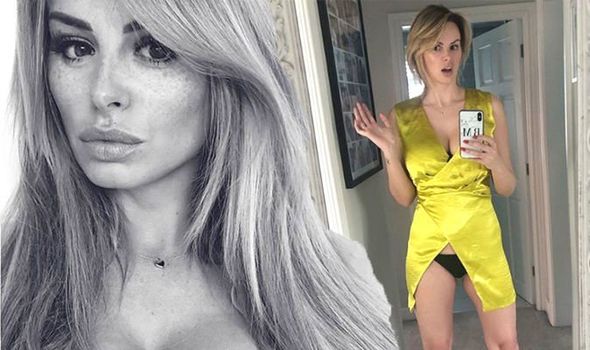 Rhian Sugden took to Instagram today and was soon inundated with comments after sharing her wardrobe mishap with her 342,000 followers. The lingerie model had seemingly ordered a dress online and shared a snap as she tried it on for the first time. The 32-year-old exposed her underwear and serious cleavage in the offering, however she was left questioning what it was supposed to be. She compared it to a “flasher mac” due to the hemline revealing a lot more than had seemingly been intended.

With an open-mouthed expression on her face, Rhian couldn’t resist taking a selfie of the bright look.

Wearing her blonde tresses in a messy up ‘do, her new wrap number failed to meet in the middle, showing her black knickers underneath.

The top half struggled to contain her cleavage as she wore little else apart from a delicate necklace.

She captioned it: “Hey @thegirlcode_uk is this supposed to be a dress?

Rhian’s upload quickly garnered more than 3,500 likes and a while host of amused replies from users. 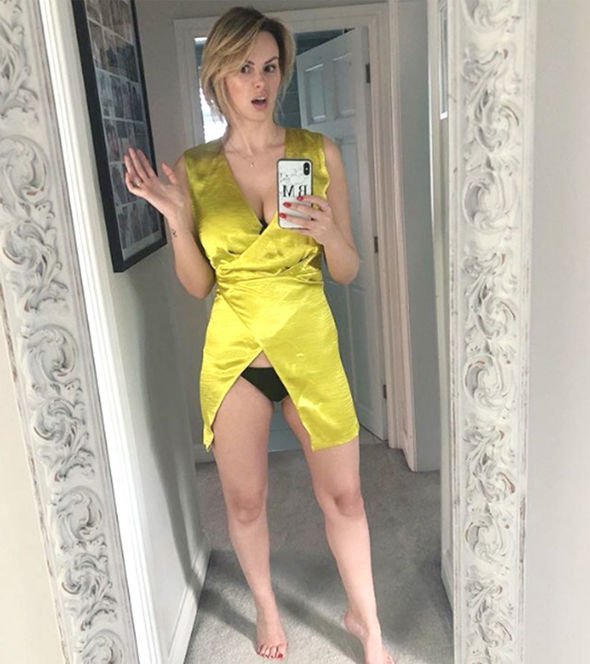 Two others agreed: “Forgot your trousers,” and: “It would sure turn heads lol.”(sic)

Meanwhile, someone seemingly close to her added: “That’s not for Friday, is it?”

Just hours earlier, Rhian had gushed about her partner Oliver Mellor while sharing a throwback shot of them together in Ibiza.

They were seen arm-in-arm, sporting sunglasses while she looked stunning in a low-cut yellow dress. 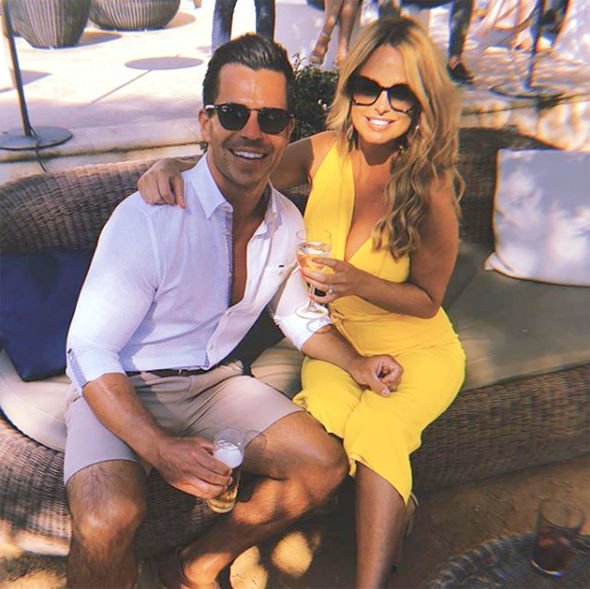 She wrote: “This guy @opmellor is my absolute world. He’s been my rock this week after receiving some pretty c**p news.

“I don’t know what I would do without him! I couldn’t ask for a better husband x.”

Meanwhile, it comes after she was seen totally topless in a behind-the-scenes shot yesterday.

Posing with her arms across her chest, Rhian wowed in just a black pair of pants while her hair tousled down her back.