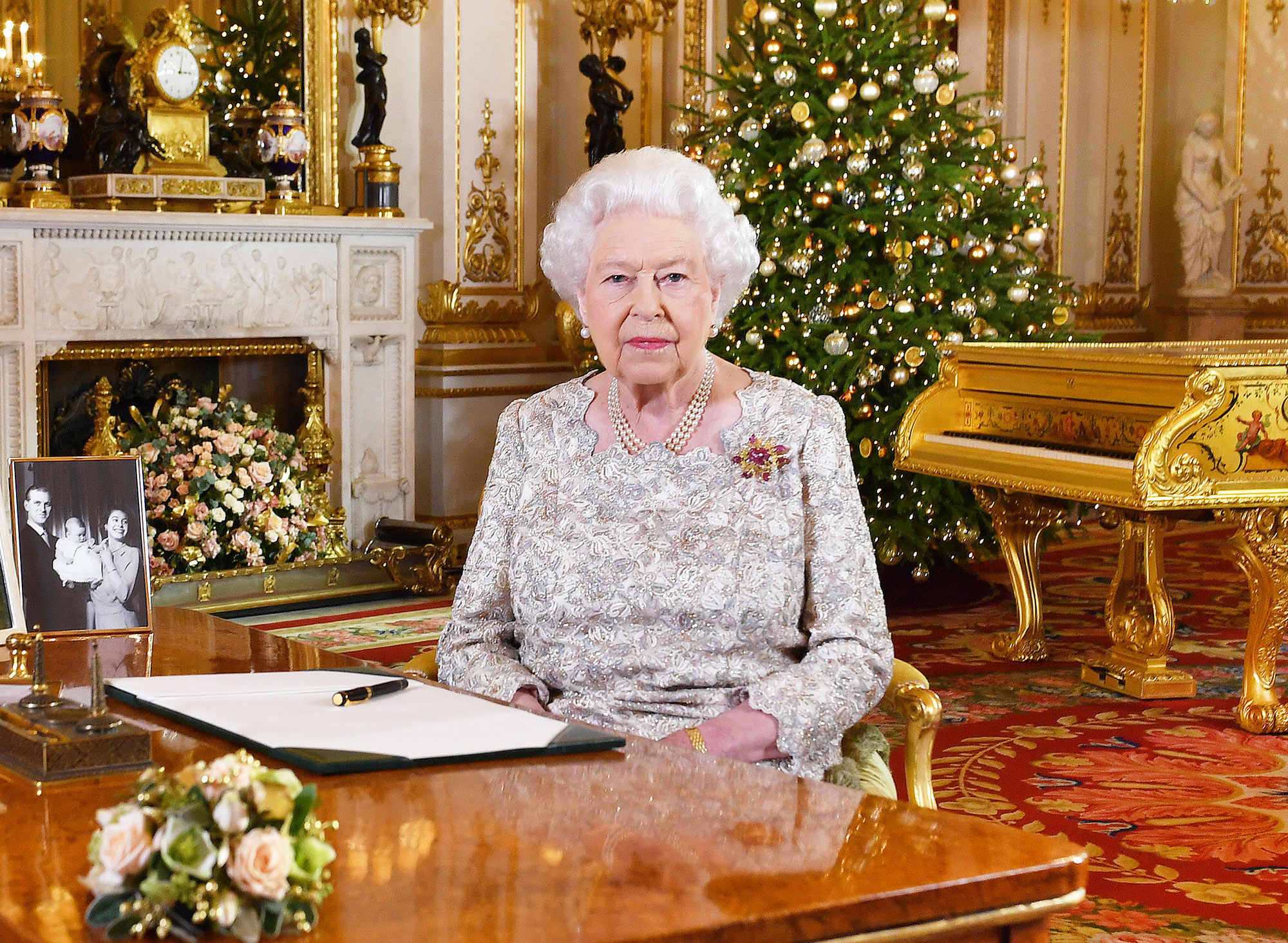 Tidings of comfort and joy from Queen Elizabeth! The 92-year-old’s annual Christmas address goes live this year at 3 p.m. GMT on Tuesday, December 25, but Buckingham Palace posted a preview a day early on Instagram.

“Through the many changes I have seen over the years, faith, family and friendship have been not only a constant for me but a source of personal comfort and reassurance,” the queen says in the online excerpts. “Even with the most deeply held differences, treating the other person with respect and as a fellow human being is always a good first step towards greater understanding.”

In her message, Elizabeth will also urge listeners to heed Jesus’ teachings. “I believe his message of peace on earth and goodwill to all is never out of date,” she says. “It can be heeded by everyone — it’s needed as much as ever.”

The speech, produced by Sky News, was filmed in the Palace’s White Drawing Room. The queen wears an ivory silk Angela Kelly cocktail dress and the Andrew Grima scarab brooch that Prince Philip gave her in 1966. On the desk before her is a framed photo of herself, Philip and an infant Prince Charles in 1948.

The British monarch is celebrating Christmas with the royal family at Sandringham House this year, having traveled to the private estate via a public train on Thursday, December 20.

The family opened their presents after their afternoon tea on Monday, December 24, and they’ll enjoy Norfolk shrimp, lamb and a tarte tatin or soufflé for their Christmas Eve dinner. On Christmas Day, the royals will attend a church service and have lunch before tuning into the queen’s address on television.