Caitriona Balfe and Sam Heughan play the beloved couple Claire and Jamie Fraser on Outlander. The two have grown to become good friends over the years. And behind-the-scenes, they share a friendly banter that fans don’t get to see.

In a recent interview with his Outlander co-stars Tom Downie and David Berry, Heughan detailed one of his quirks that always gets a laugh. And he suggested that Balfe is usually the first in line to tease him about it. 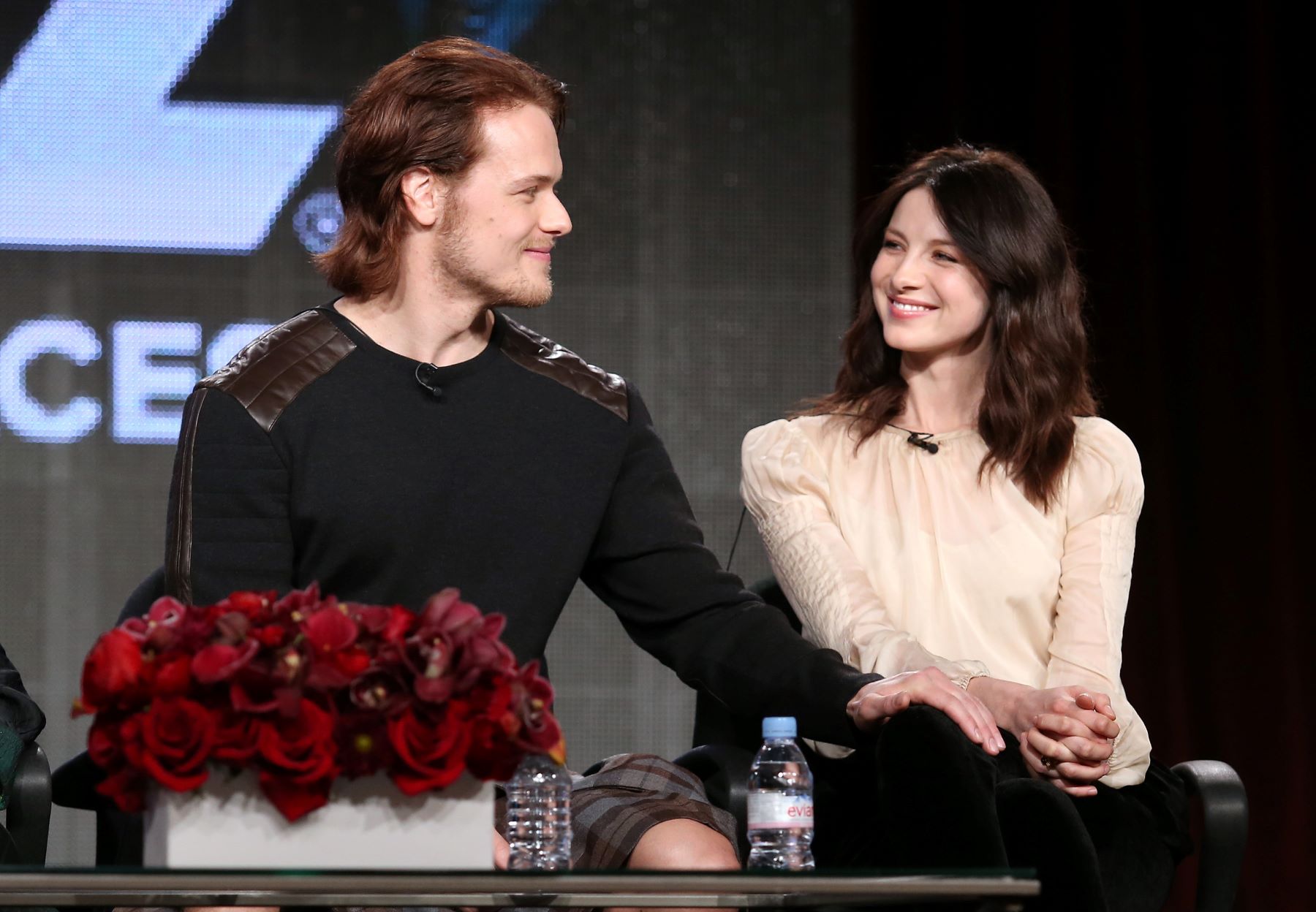 Balfe and Heughan have been working together closely for nearly six years. And along with being co-stars, the two are also now co-producers on Outlander. So it’s no surprise that they are now pretty good friends who have no issue taking the mickey out of each other.

In April, for Heughan’s 40th birthday, Balfe shared a celebratory message and teased him about his age. “Happy Birthday to this ridiculous human being,” she tweeted. “Hope you got the nose trimmer and Zimmer frame I sent you!!! Lots of love you’re tele-wifie @SamHeughan  #Big4Oooh.”

Implying that Heughan is getting older, Balfe referenced a nose hair trimmer and a Zimmer frame — a four-legged walker often used by the elderly to assist in mobility.

The ‘Outlander’ stars always have each other’s back

Heughan and Balfe share a special friendship, and that translates as a believable chemistry on-screen. In an interview with Gold Derby, Heughan praised Balfe and revealed that they always have each other’s backs.

“She’s intellectual, she’s extremely intelligent but very giving, and she’s always very caring as well,” he said. “So, I think I’m just so lucky — To be able to trust each other and have each other’s back has been the most important part of this.”

While they are highly professional when it comes to their craft, the two also banter behind-the-scenes. “We’re idiots you know, we laugh a lot, we talk rubbish,” Heughan added. “We’re very childish. But it’s great to have her – I couldn’t be more thankful to have such a great co-star.”

When talking to Downie and Berry for their Outcasts podcast, Heughan noted how much effort it takes when filming the Outlander fight scenes. But during the combat shots, he tends to grunt. And that’s one quirk Balfe doesn’t let him off the hook for.

“I get teased quite a bit on Outlander by Caitriona because during fight scenes I make a lot of noises,” Heughan revealed. “It’s actually necessary, it’s a part of the fight. It helps the other actor know when you’re about to hit them. But it is a problem because you do start to go too far with it. And I do tend to do everything.”

Heughan and Balfe are gearing up to start filming season 6 of Outlander in early 2021.