Migos star Offset has become the victim of a fake news hoax, which claims that his mother, Latabia Woodward, is on life support.

The claim was made by an unofficial Facebook page which wrote a message as if penned by the star, saying:

My mom heart surgery didn’t go too well yesterday she on LIFE SUPPORT RIGHT NOW… Everyone, please keep my mother in your prayers.

The story quickly went viral on social media with more than 25,000 shares and 8,000 comments. 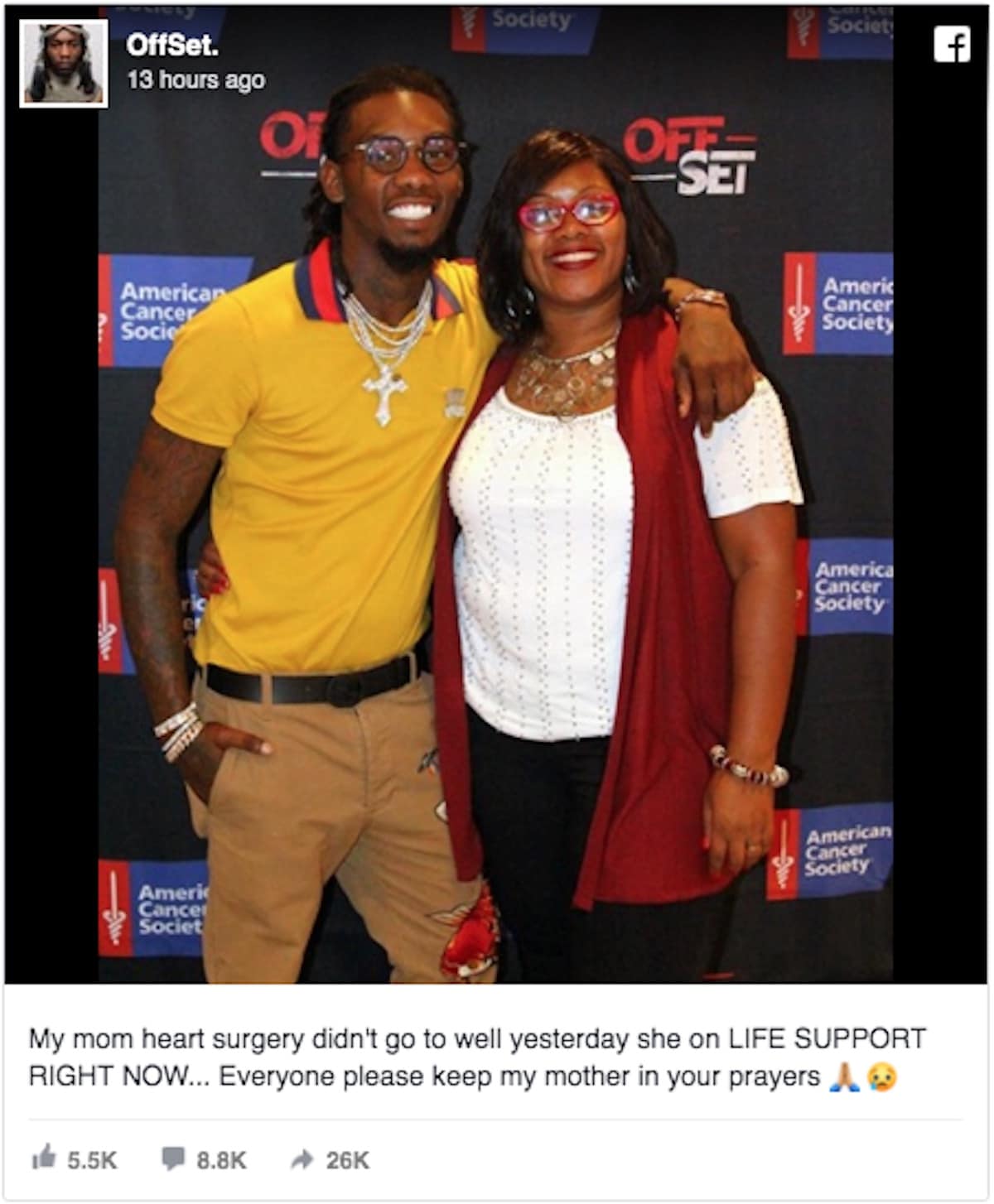 The cruel hoax features a photo of the Ric Flair Drip rapper and his mother. Many fans left prayer emojis; however, others were wise to the hoax noting that it is a fake Facebook page.

Offset has not responded to the rumor on any of his official social media outlets.

The ‘Father of 4’ rapper recently had an emotional reunion with his father who he has not seen for 23 years.

DREAMS DO COME TRUE HAVENT SEEN MY FATHER IN 23 YEARS !!!!!! AND I STILL LOVE HIM THE PAST IS THE PAST AND THE PRESENT IS ALL WE HAVE TO RELY ON WE NOT PERFECT IN ANY SHAPE OR FORM I LOVE YOU POPS !!! NO MATTER WHAT!!!!

The 27-year-old had previously opened up during a Breakfast Club interview in February this year about his willingness to forgive his father due to his own parental issues.

The Clout rapper has a close relationship with his mother who he references in his debut solo album Father of 4.

Offset’s mom has been a supporter of and volunteer for the American Cancer Society for more than ten years. The star’s grandmother, Sallie Ann Smith, who was also a big role model in his life, passed away from bladder cancer in 2012.

Offset previously launched a $500,000 campaign to raise funds for the society.