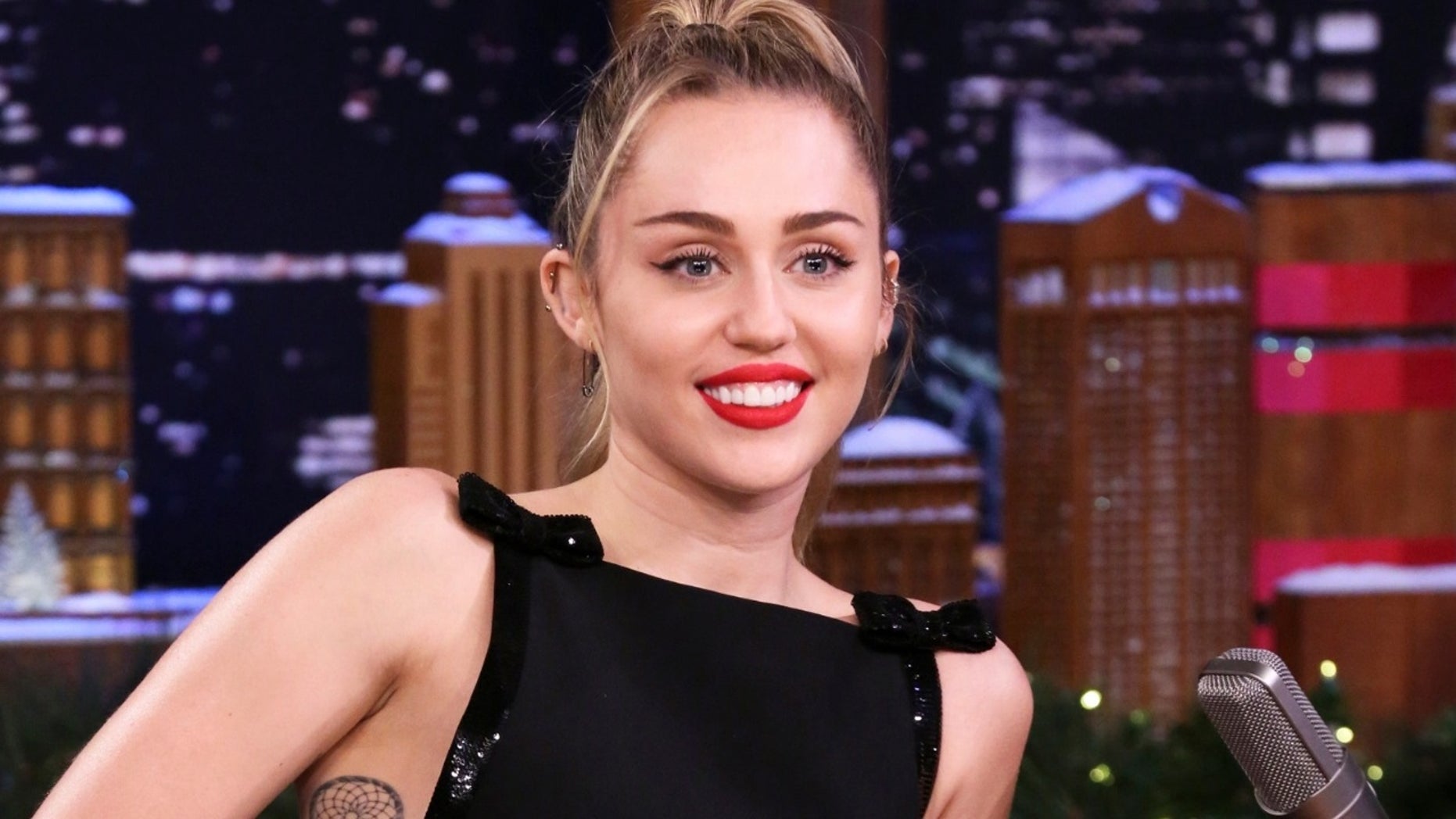 In the skit, Cyrus, 26, told Fallon she was ready to perform the “Santa Baby” sketch but asked to change a few lyrics in the song. The 1953 version of the song was originally sung by Eartha Kitt.

“And look at this, I’m asking for a car and a yacht and checks and literally the deed to a platinum mine,” Cyrus told Fallon. “Plus, am I singing that I’m going to hook up with Santa if he buys me all this stuff?”

Fallon told her he trusted her before she began to sing. Cyrus began the song by singing she didn’t need any fancy jewelry as Fallon stood behind her with a diamond necklace.

"Don't want diamonds, cash or stocks,” she sang. “Nothing that comes in a box. No more fluff, I've had enough. And I can buy my own damn stuff."

Fallon and producer Mark Ronson appeared behind Cyrus as she was singing holding car keys, but the “Wrecking Ball” crooner said she had a “baller car of my own.”

Cyrus sang a “girl’s best friend is equal pay” and hoped to know that her “a— won’t get grabbed at work by some ignorant jerk.”

“Tell the dirtbags to put away their chimneys tonight,” she crooned with Ronson and Fallon.

Cyrus was promoting her new songs, which include a version of “Happy Christmas War is Over” and “Nothing Breaks Like a Heart.”