During a late night appearance on the app Clubhouse, Meek Mill made a reference to his ex, Nicki Minaj, and her baby — and now her fans are coming for him!

Meek Mill showed up in the Clubhouse app to chat with fans during the early hours of Dec. 29. However, things turned hostile when he brought up his ex, Nicki Minaj. The rapper was seemingly referencing a post from The Shade Room that pitted him against Nicki’s husband, Kenneth Petty. “They had me up there — me vs. Nicki’s boyfriend,” Meek explained. “Nicki just had a f***ing baby. I just had a f***ing baby. Who’s responsible for this bulls***?”

As soon as Nicki’s name came out of his mouth, though, the backlash began pouring in. “I don’t even want you to talk about that,” someone in the chat responded. Then, Nicki’s fans jumped to her defense on Twitter, as they slammed Meek for being so “obsessed” with the new mom. “Can Meek Mill please leave Nicki the f*** alone?” one person wrote, while another added, “So I wake up to see Meek Mill discussing Nicki Minaj AGAIN? When will the obsession end?” 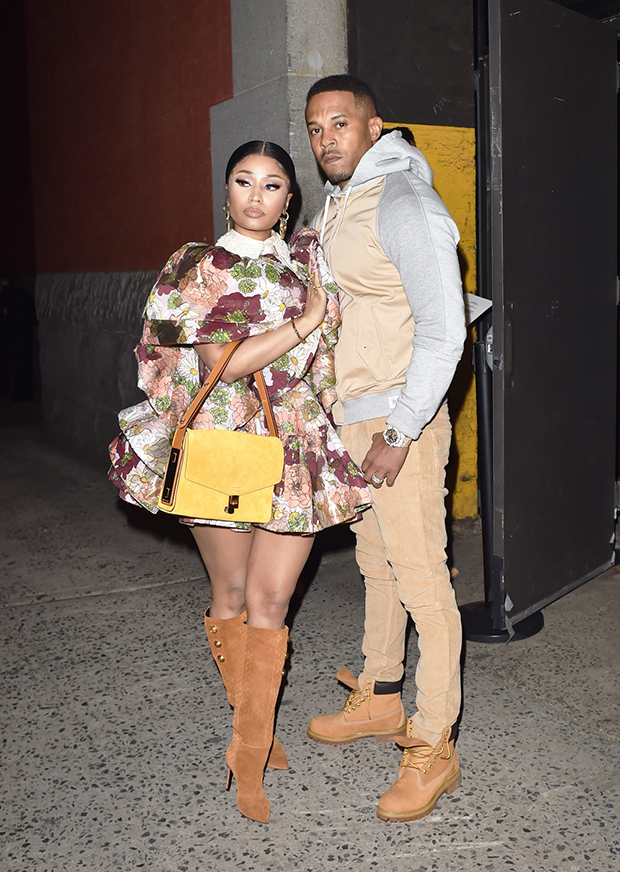 In Jan. 2020, Meek ran into Nicki and Kenneth at a boutique in West Hollywood, and video surfaced of a screaming match erupting between the group. Days later, Nicki and Meek went at each other on Twitter, as well. It all apparently started when Nicki caught Meek ‘liking’ a photo that made fun of Kenneth, and she accused her ex of having “Twitter fingers.”

“N****a been tweeting about my man for a year now,” Nicki wrote. “Talking bout how he went to my page to see him but he was blocked. My n***a, move on. S***ted yaself in that store when you got pressed, though.”The back and forth eventually turned hostile. Both stars made comments about the other’s personal life, and strong accusations were hurled. Now, fans are anxiously waiting to see if Nicki responds to Meek’s latest comments about her, too.