Former Strictly Come Dancing pro Kevin Clifton, 37, has hit back after a Twitter troll took aim at his post, which he shared in support of Britain’s Got Talent winners Diversity. Kevin praised the dancers for their Black Lives Matter routine, which they performed on the ITV show earlier this month.

It comes after Diversity star Ashley Banjo spoke out after the group’s performance sparked a record number of Ofcom complaints.

The TV regulator recently confirmed they would not be taking any action in response to the dance.

Ashley wrote on social media: “Creativity is always a leap of faith. All I did what was what felt right and I’d do it 100 times over… Sending love to everyone that stood by us.”

Kevin retweeted the BGT judge’s post in view of his 248,000 followers and replied: “I would be delighted to see you do it again and again. 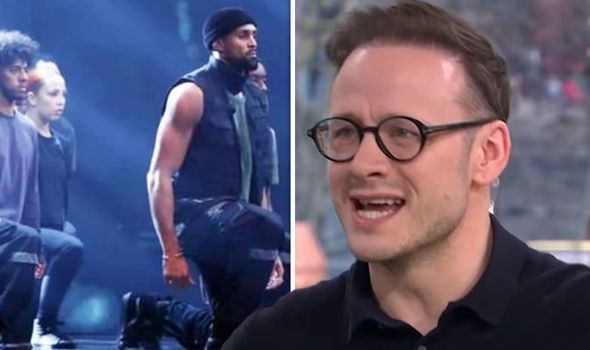 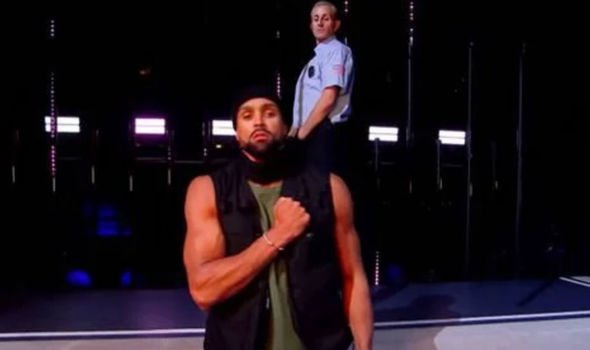 “Art is there to move people, challenge people, create emotion, make people think, express and entertain. I loved the piece and applaud you for doing it.”

Unfortunately, the ballroom and Latin dancer faced criticism for his supportive message.

A social media user replied to him in a now-deleted tweet: “Will you be doing a dance to highlight the deaths of any white people?”

Kevin was quick to hit back alongside an eye rolling emoji: “No. But Strictly have done a number every year around remembrance today remembering the deaths of soldiers, many of them white. 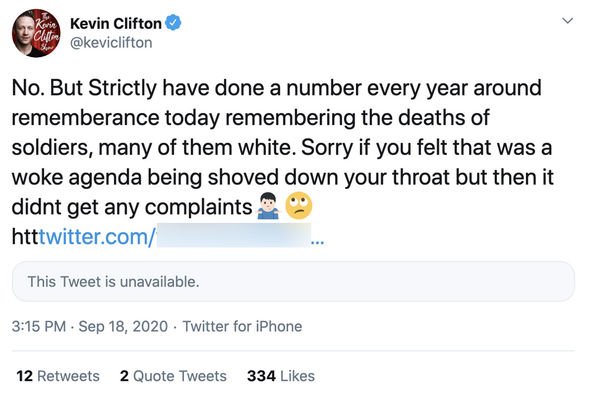 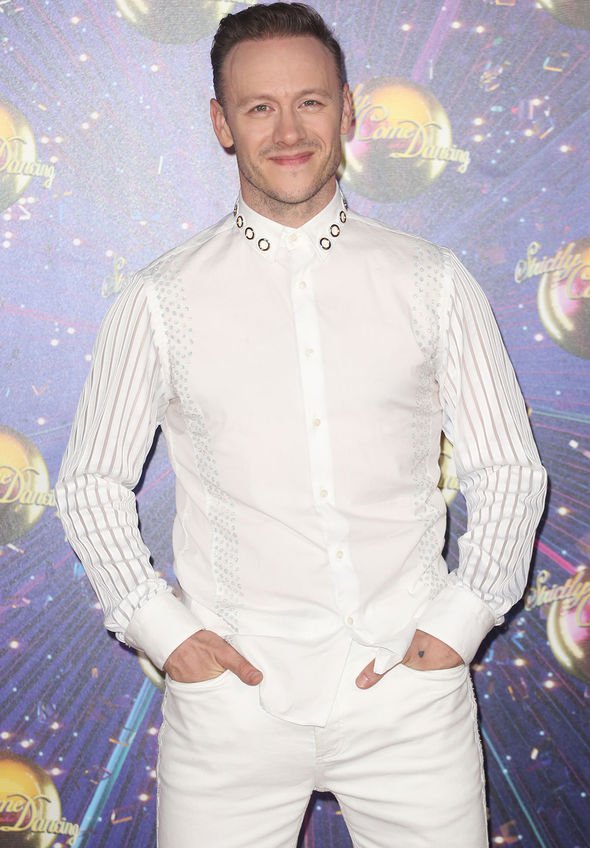 “Sorry if you felt that was a woke agenda being shoved down your throat but then it didn’t get any complaints.”(sic)

The user then explained they hadn’t seen the episode of BGT, but assumed from the response on social media that the performance was a “publicity stunt”.

They wrote back: “Fair enough. I don’t watch strictly or bgt so only going by what I’ve seen from news channels and social media.

“Just felt like a publicity stunt for the dance group that’s all. A bit distasteful.”(sic)

Kevin pointed out in response: “Not a publicity stunt.

“A beautifully choreographed and performed piece of expression by a highly skilled group of dancers.”

Fans also joined Kevin in praising Diversity, with one replying: “I’ve watched it about 5 times and can’t yet bring myself to delete it. It was perfection. It sparked a conversation with my 7yr old too which warmed my heart, he has the right attitude and I will do my best to make sure it stays that way xx.”(sic)

Another added: “I thought it was fantastic.”

Although Diversity’s powerful routine received praise and acclaim from many social media users, their dance became the second most complained about TV moment of the last few years, racking up 24,000 complaints.

Ofcom addressed their decision not to investigate the show in a statement, which read: “We carefully considered a large number of complaints about this artistic routine, an area where freedom of expression is particularly important.

“Diversity’s performance referred to challenging and potentially controversial subjects, and in our view, its central message was a call for social cohesion and unity.

“Any depictions of violence by the performers were highly stylised and symbolic of recent global events, and there was no explicit reference to any particular political organisation – but rather a message that the lives of black people matter.”