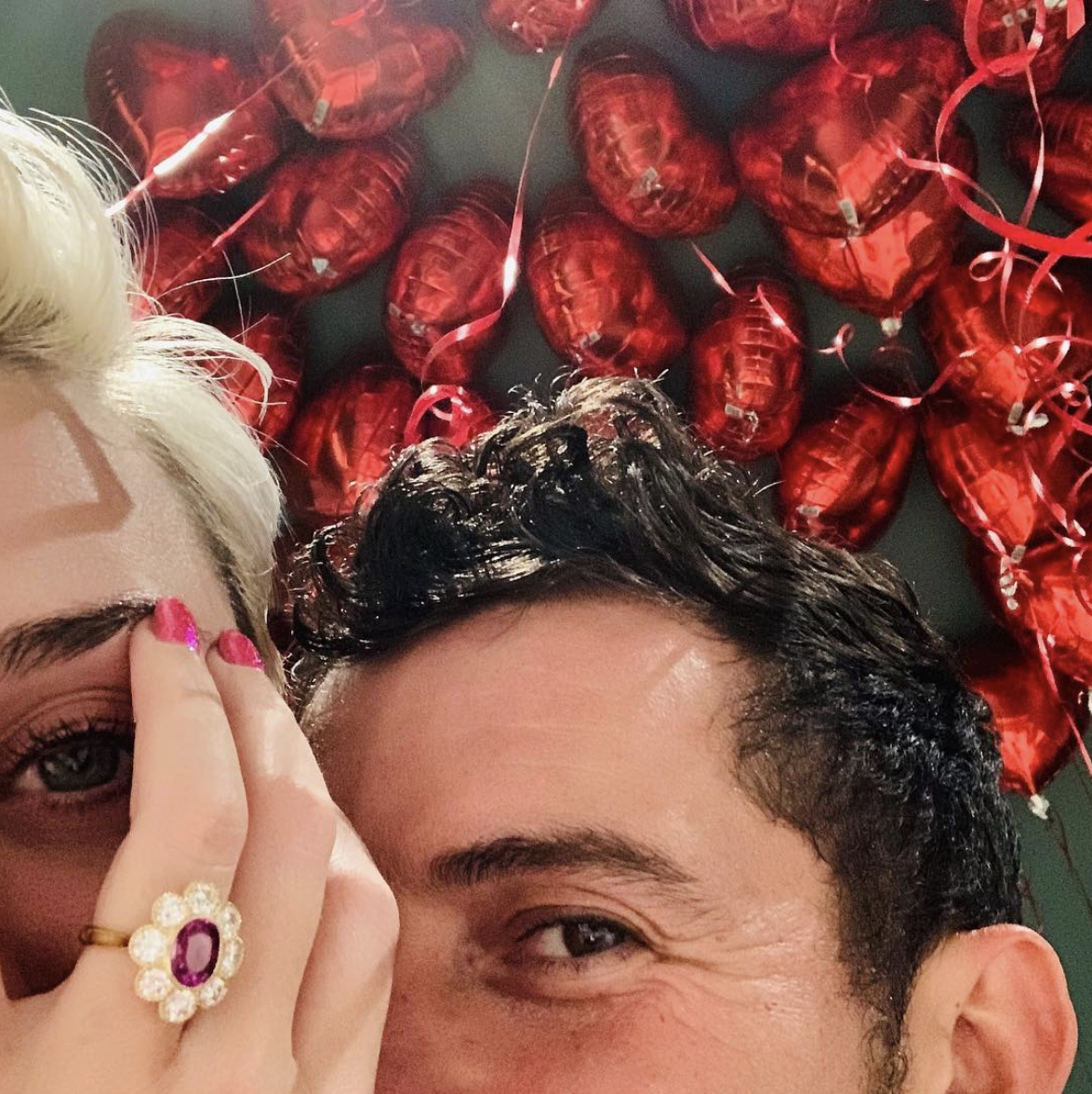 It’s only right that Katy Perry, a woman who wore a meme-able dress to the Grammys and rode into her Super Bowl halftime performance on a giant lion, receive an engagement ring that matches her fun and unexpected style. Orlando Bloom, her new fiancé, nailed the challenge.

The Lord of the Rings alum proposed to the pop star on Valentine’s Day with a unique (and sizable) flower-shaped ring, featuring a deep pink center stone embraced by a ring of eight smaller diamonds. Perry and Bloom both flaunted the rock on Instagram this morning.

Because the couple’s selfie is the only public picture we have of the ring, it’s hard to distinguish its exact features. There’s speculation as to whether the rosy middle gem is a ruby, pink diamond, or pink sapphire, and therefore various experts are projecting different estimates for its possible value. Kathryn Money of Brilliant Earth tells Town & Country the ring could cost between $25,000 and $50,000 if the middle stone is a ruby, while Andrew Brown, president of WP Diamonds, tells E! News the ring could be worth $5 million. 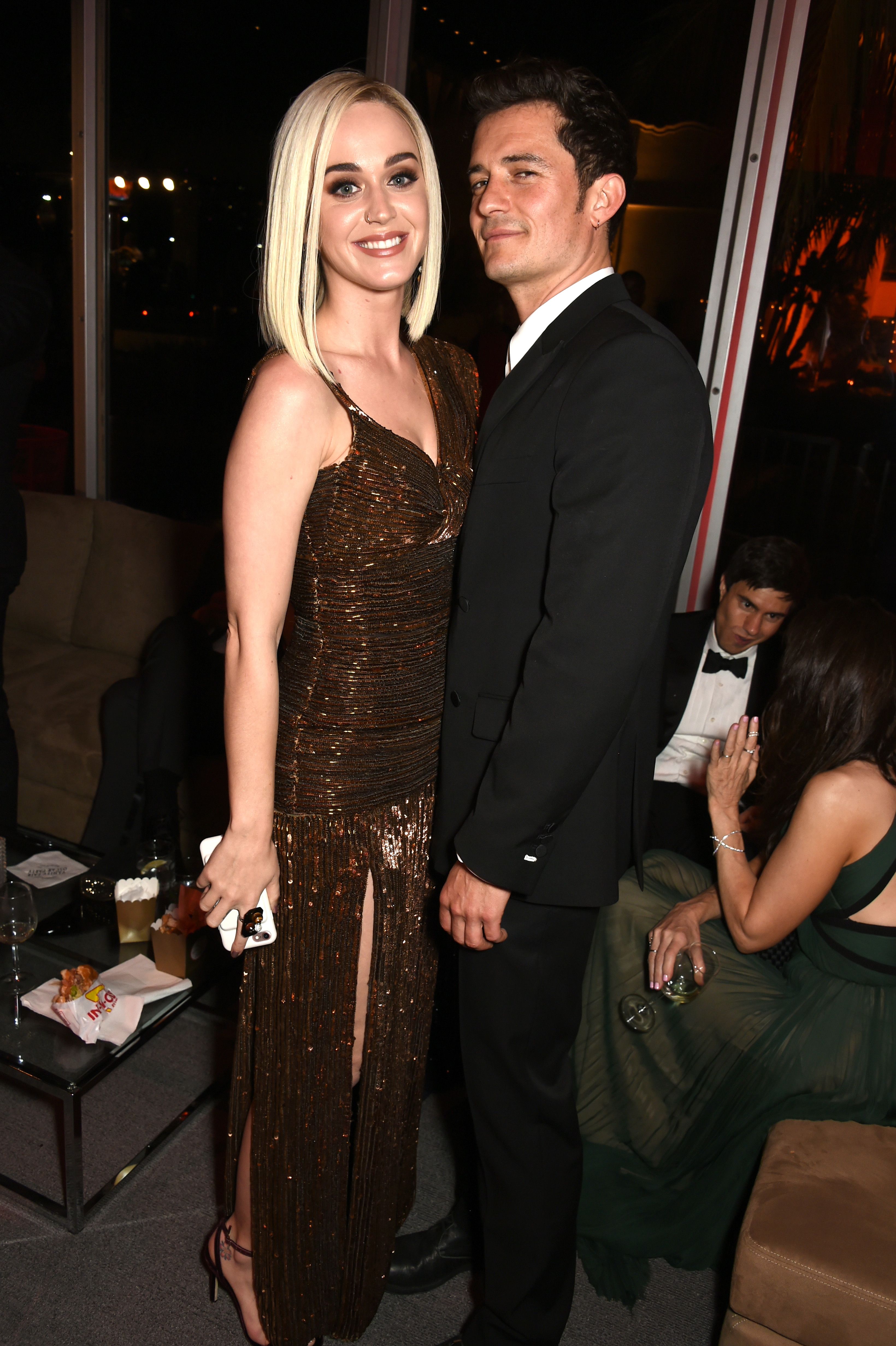 The exact price tag remains unconfirmed, but we do know the ring’s structure has a royal connection. Perry’s piece of jewelry is known as a cluster ring, according to Stephen Feuerman of NYC jeweler Stephen Russell, which specializes in period jewelry.

The design came into style around 1900, but resurged in popularity after Prince Charles proposed to Princess Diana with a sapphire cluster ring with surrounding diamonds in 1981.

“Lady Di really brought them back into fashion when Charles gave her one,” Feuerman tells BAZAAR.com. (Prince William later used the same ring to propose to Kate Middleton in 2010.) 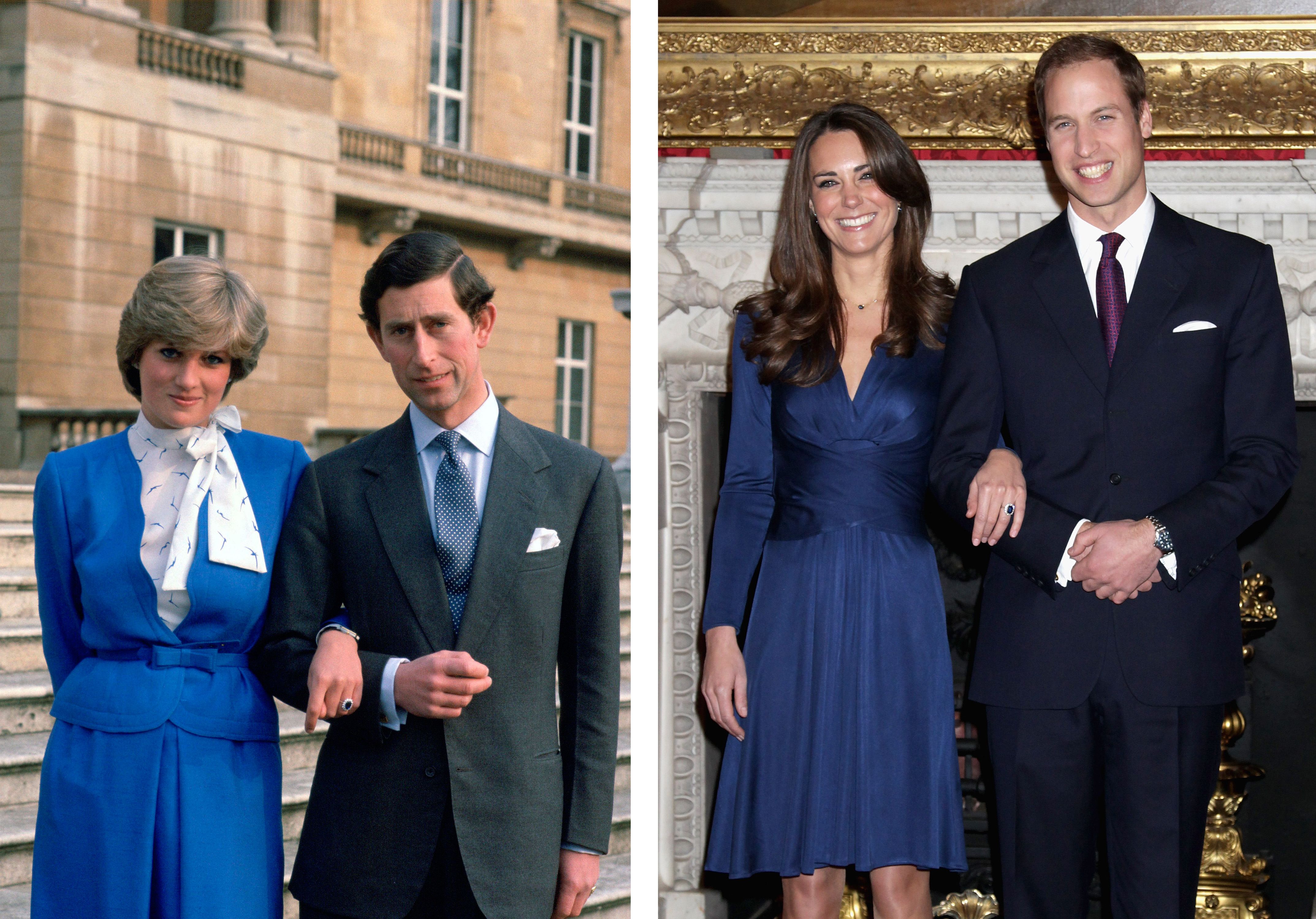 The shank (which refers to the band, which goes around the finger) of Perry’s ring appears to be yellow gold, Feuerman says, and although the center stone of Perry’s ring remains unidentified, if it is a pink diamond, it would be extremely rare. It’s also possible the ring is a period piece and not brand-new.

“[This design often lends itself] to colored stones like rubies and sapphires,” Feuerman says. 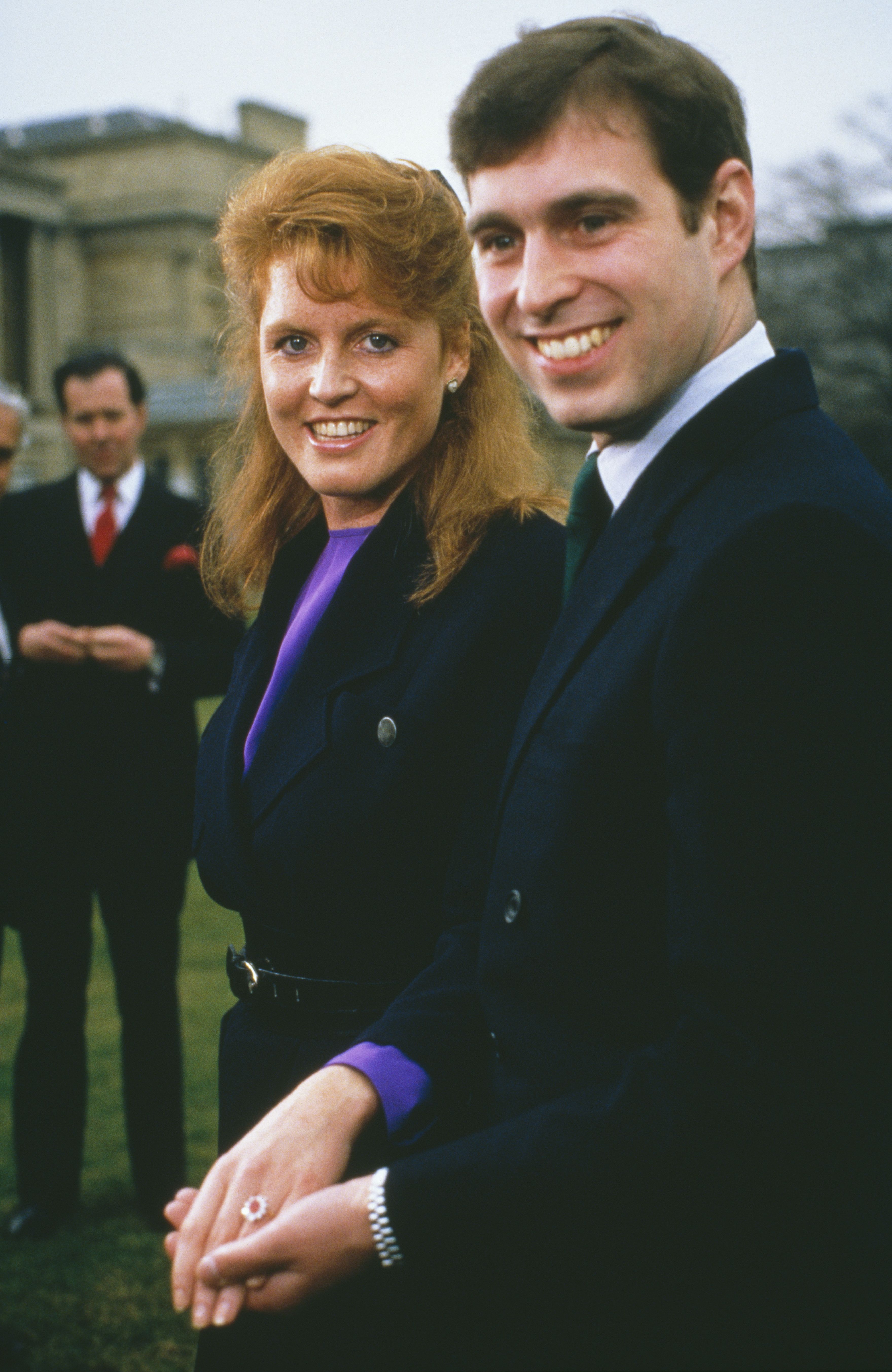 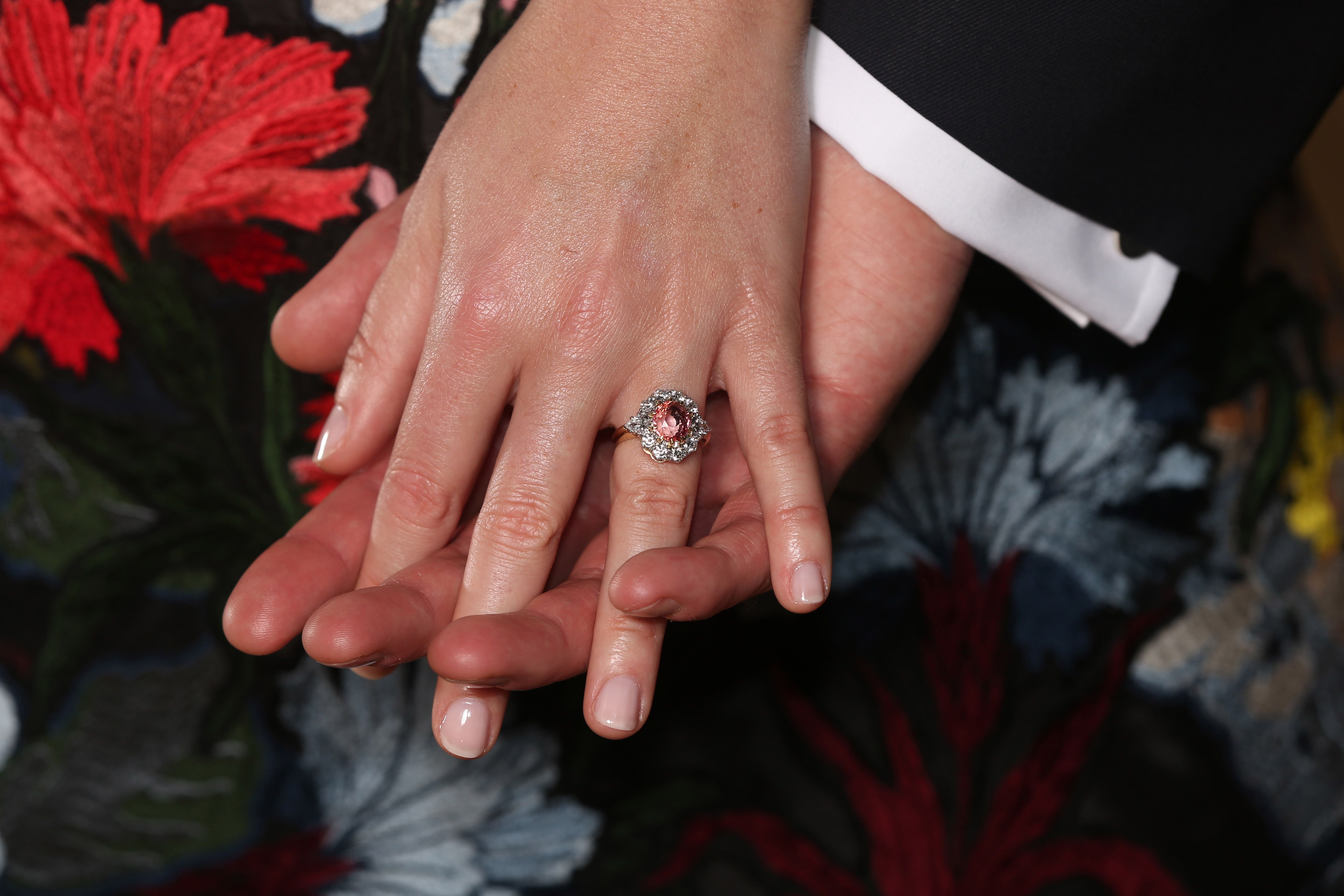 Lady Gaga’s engagement ring is also similar to those of the royals, with a large pink oval stone surrounded by a diamond halo. 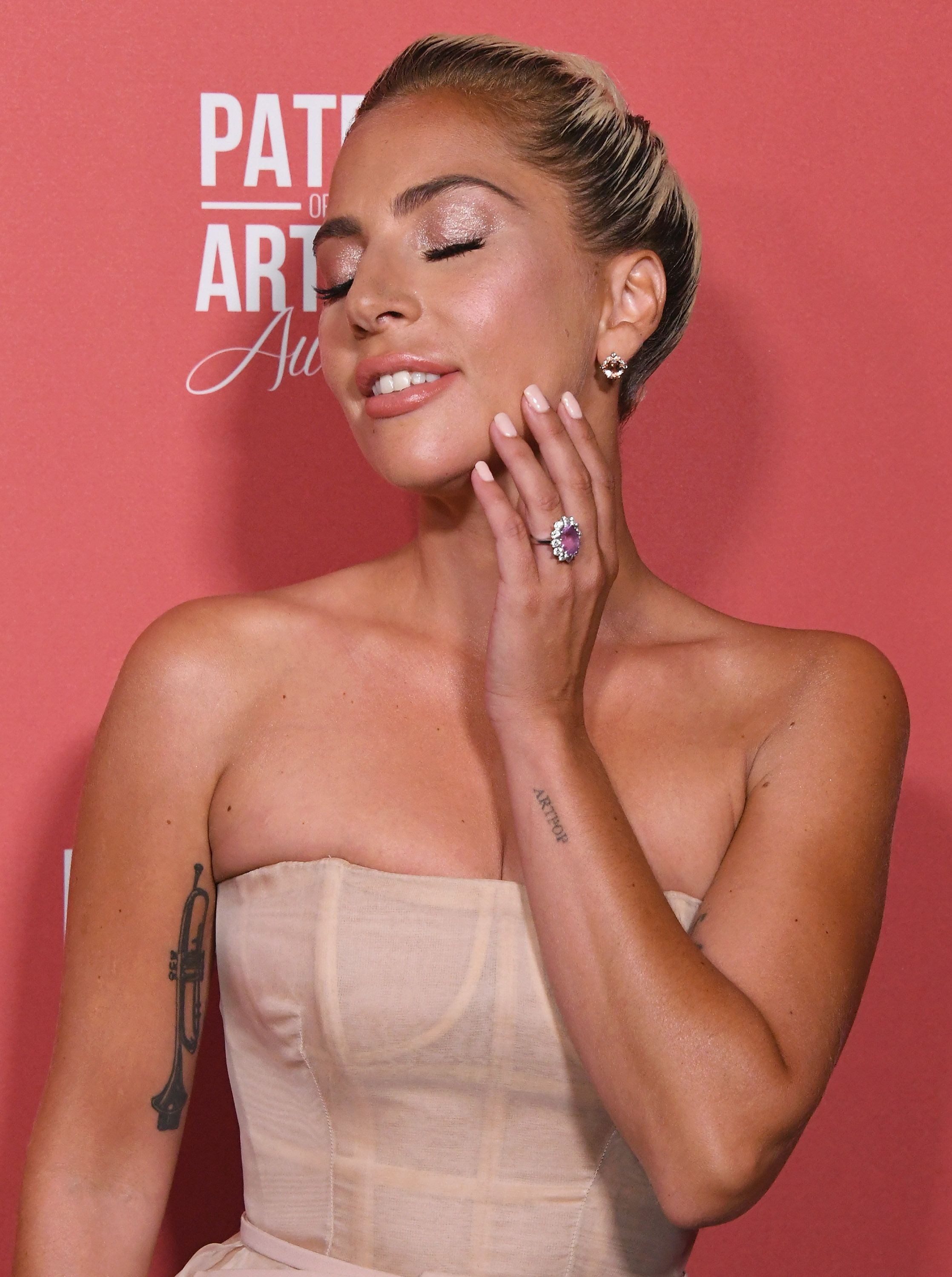