If you were like us, you ran to the theaters this weekend to see Avengers: Endgame – just like many, many others did, too.

There were a ton of cameos we spotted in the movie, however, Katherine Langford was not one of them.

Months ago, there were rumors that the 13 Reasons Why actress had a small role in the final Infinity Saga film, however, NO ONE SAW HER! So, was she even in it?

Marvel never confirmed that Katherine was going to be in the film though, or she was, and her scenes were cut? Maybe she’ll show up in Blu-ray extras?

Katherine was asked about where she was in the movie during a recent Q&A, and here’s what she said: 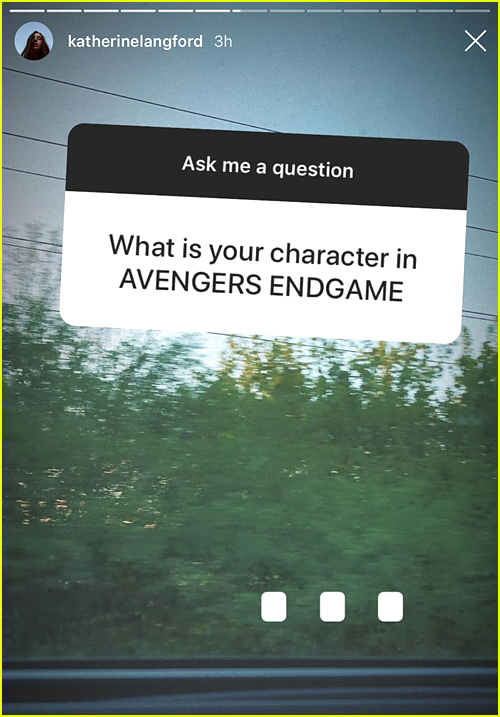 TELL JJJ: What did you think of Avengers: Endgame?