Honoring a special man. Kim and Khloé Kardashian, along with their mom, Kris Jenner, celebrated the opening of a special medical center named after the late Robert Kardashian. 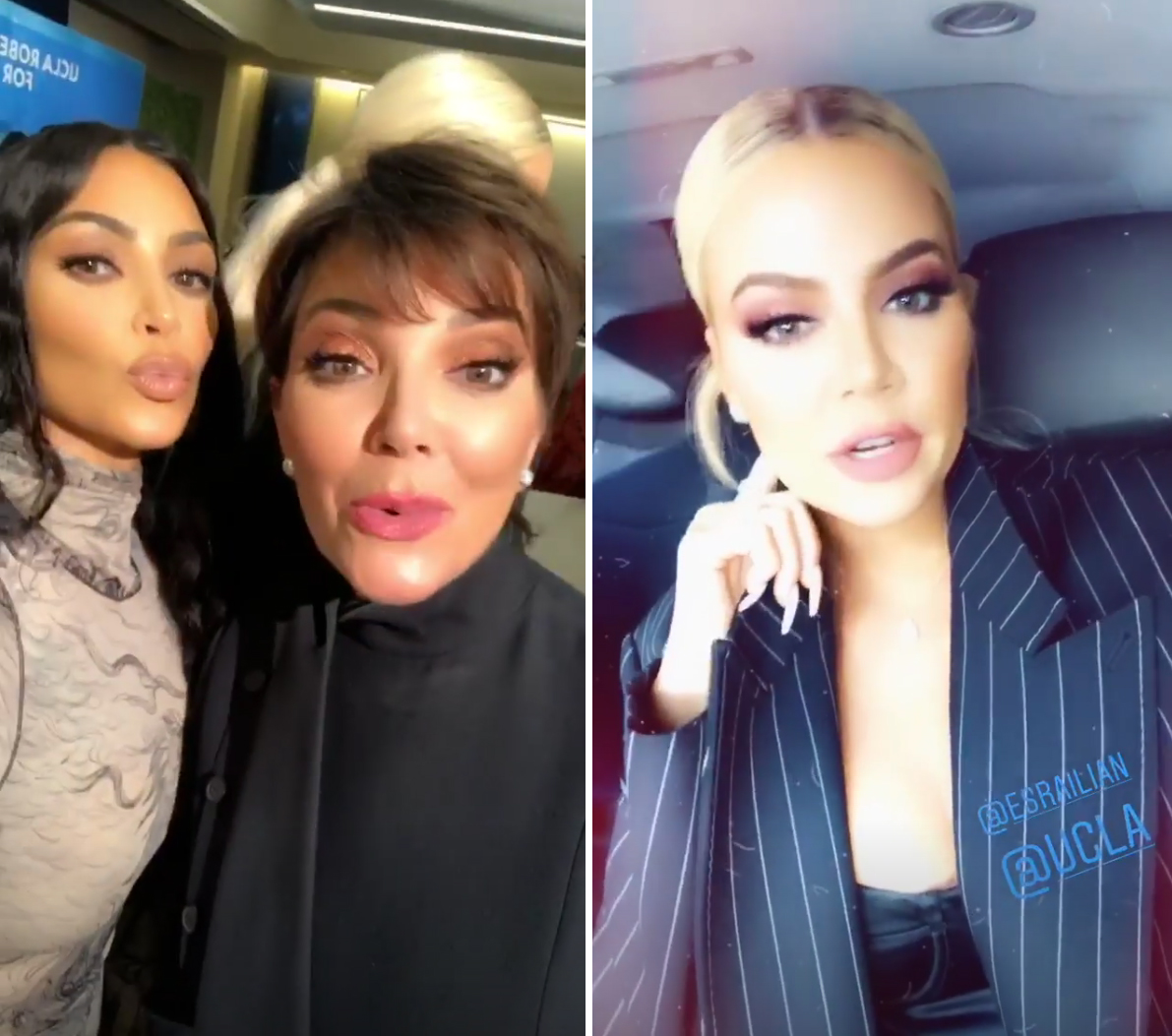 “So proud to announce the Robert G Kardashian center for esophageal health being launched at UCLA,” the KKW Beauty founder tweeted Opens a New Window. . “My wish is that other families can have more information and we can also focus on health and prevention. A huge thank you to @esrailian for making this happen ! We have been planning this for a year now and I am so proud. #RobertGKardashianCenter #EsophagealHealth.”

The Good American cofounder, for her part, gave details about the medical center’s mission. She wrote on her Instagram Stories: “The UCLA Robert G. Kardashian Center for Esophageal Health will provide resources for groundbreaking research, patient care, and education/training in addition to support of efforts in esophageal health. The naming of the center and its dedicated specialty services will assist in advancing UCLA’s position at the forefront of the world for the study and treatment of esophageal and other GI disorders — improving the quality of life for countless patients and their families. The Center will deal with all esophageal and motility issues at UCLA: cancer, benign conditions like reflux, precision health to hopefully prevent cancer, research, education, wellness.”

While Jenner, 63, did not post anything about the center, she was seen in one of Kim’s Instagram videos from the grand opening. The momager, who was marred to Robert from 1978 to 1991, gushed, “So exciting!” 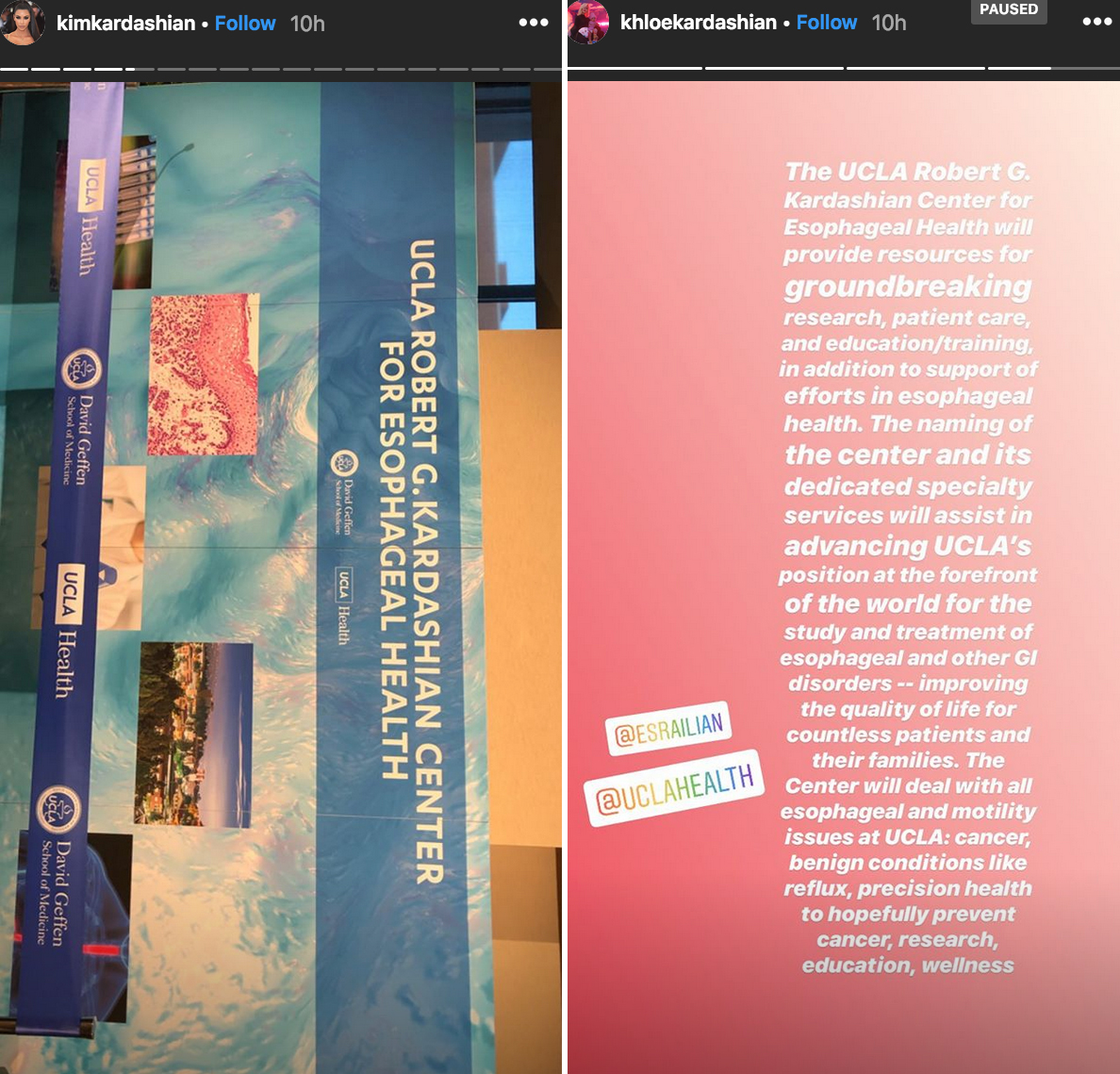 Robert died in September 2003 after battling esophageal cancer for two months. He was 59. The famous sisters have spoken openly about how difficult it was to lose their father so suddenly.

“My dad died in 2003; I was 19,” the Strong Looks Better Naked author said on an episode of Revenge Body in January 2017. “When it set in I was like … you spiral. And for me, my spiral was food. And I gained so much weight because I was so internally … just suppressing so many things, that it was like eating me alive.”