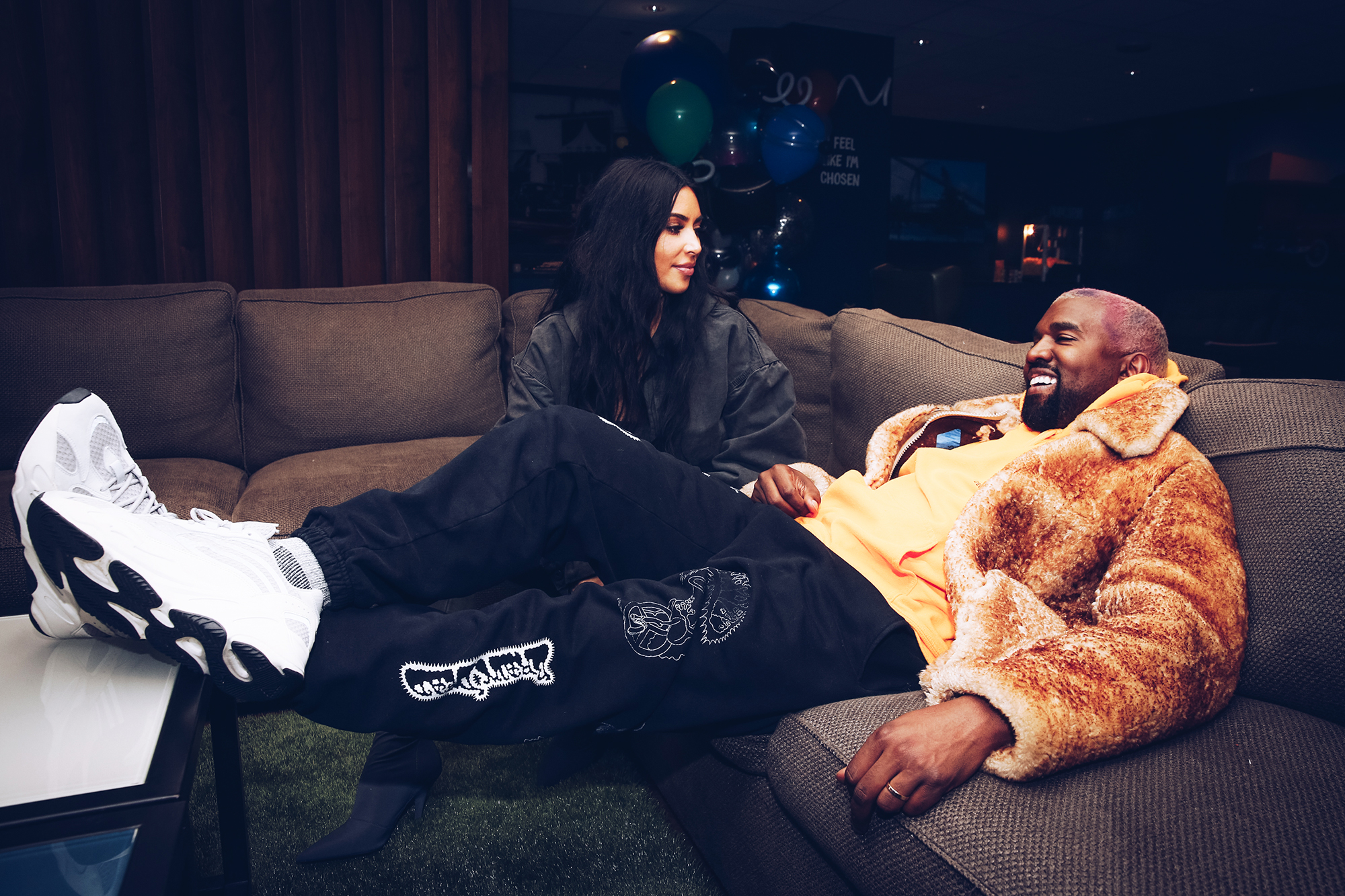 “I know, I know, I know,” Kardashian, 38, said after suffering a wardrobe malfunction while sledding with Paris Hilton in a video of the event shared by Spaghetti Boys founder Kerwin Frost on Thursday, December 27. “I just gotta adjust myself. We were on the hill and it all came out, you know?”

After the reality star adjusted her plunging white gown and matching fur coat, she walked away. West, 41, then told the camera, “She had a nip slip at the Christmas party. …  I was waiting for the nip slip and now I’m satisfied!” 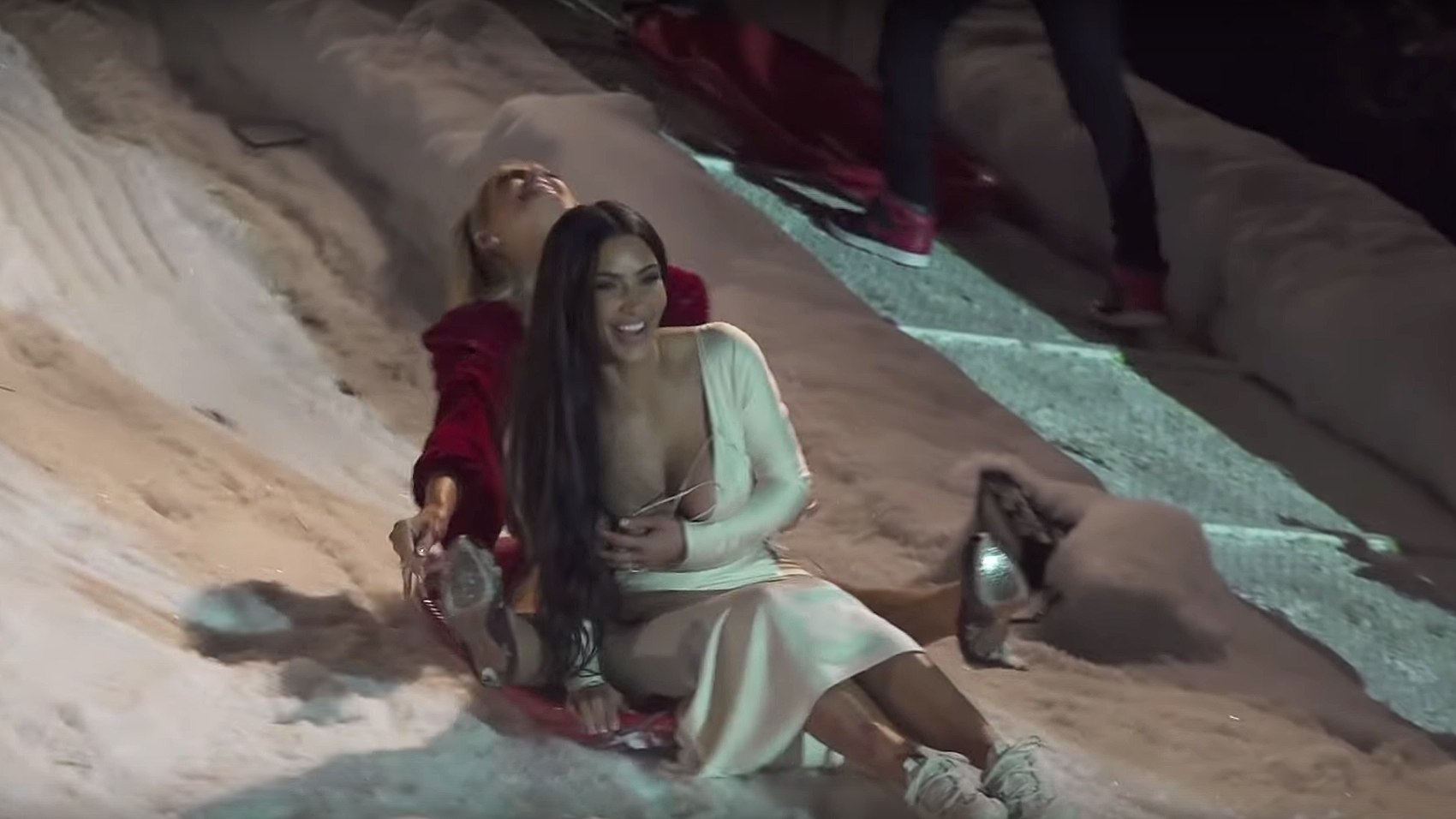 2018 marked the first year that Kardashian and her husband held the annual Kardashian-Jenner Christmas Eve get-together. The couple, who tied the knot in 2014, took over the party from her mother, Kris Jenner, and decked out their property with fake snow.

Elsewhere in Frost’s video from the event, he asked the family and their famous friends what they were thankful for.

“I’m grateful for my friends and my family,” Kendall Jenner said. “I know that’s corny, but I mean that a lot. A lot, a lot.”

Kylie Jenner revealed that she was grateful for her daughter, Stormi, whom she and boyfriend Travis Scott welcomed in February. “Easy, Stormi,” she gushed. “Because last year I was pregnant, and this year — now I have her. And it’s even better, let me tell you.”

“I’m grateful for a lot of things: my health, friendships, the people I’m with, my family,” Caitlyn Jenner added. “That’s probably the most important thing.”