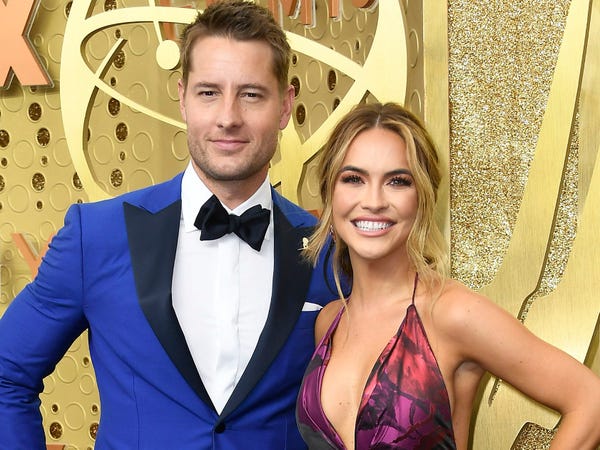 Justin Hartley broke his silence on the "gossip" that has been surrounding him, likely in connection to his 2019 divorce from "Selling Sunset" star Chrishell Stause.

While the "This Is Us" actor has yet to respond to the Netflix show's portrayal of the divorce, he appeared to publicly address the flurry of reports about the breakup for the first time on Thursday's episode of SiriusXM's "Radio Andy."

When asked how he deals with having his acting potentially overshadowed by news stories about his personal life, Hartley acknowledged that "this country has an insatiable appetite for gossip," before adding that the people he surrounds himself with "form opinions based on facts, and not based on, kind of, well, baloney."

"I think people want to know about other people's personal affairs, but I would just caution people. I caution my daughter on this all the time. I tell her, 'You really can't just believe something because you read it,'" he said, referring to the 16-year-old daughter named Isabella that he shares with his ex-wife Lindsay Hartley.

Hartley, who's been linked to actress Sofia Pernas since the divorce, also said that he's "really happy" and "thankful" for his personal life and career at the moment but will try to keep his private life to himself moving forward.

"For the people who want to just, you know, dive into the gossip and believe everything they read, then that's fine too, if they're getting entertainment from that. I think it sort of comes with the territory," he said.

Hartley added: "I've also sort of always had this view that … I will have a public life, but I will be very private about my personal affairs."

The actor didn't mention Stause by name during the conversation, nor did he detail what happened between them.

The real estate agent drew back the curtain on the shocking split during season three of "Selling Sunset," claiming that Hartley "blindsided" her and informed her that he'd filed for divorce via text message.

Shortly after season three of the Netflix show premiered, numerous reports came out about the divorce, with one saying that Hartley wasn't happy that Stause was speaking openly about their split.

"Justin has not watched the episodes but has been alerted to what is said," the source told Us Weekly.

The source added, "He's irritated that she's airing their private information publicly and knows there is more to the story than is being told. His close friends and family know what really happened, as does Chrishell, so ultimately it's her choice of what is put out there."

Lindsay, who divorced the actor in 2012, also defended him.

"In a day when social media should be used for positivity… an inspiration towards movement in an honest and deserving way…I'd like to join in, by highlighting my appreciation for my family," she wrote on Instagram.

She continued, "Today, I appreciate my ex-husband Justin for not only being exemplification of a solid man, but for being my dear friend and devoted father to our daughter. Simply put; for being family."

As for Stause, she's currently competing on "Dancing With the Stars" and said she's ready for the next chapter of her life.

"It's been almost a year, so I'm excited to get back out there. I'm a hopeless romantic, so I think it can still happen. It's 2020, maybe you could meet your person through an Instagram DM. I don't know. Crazier things have happened," she told People.

She added, ″I'm very happy, I'm in such a great place and I'm so grateful for everything."