Ronnie Ortiz-Magro’s on-again, off-again girlfriend Jen Harley has beef with his Jersey Shore: Family Vacation costars, and she’s making sure they know it.

In a sneak peek for the season finale of the show posted to Twitter on Tuesday, December 11, Ortiz-Magro, 33, tells his castmates that Harley, 31, was robbed while she was home with their 8-month-old daughter, Ariana.

“Somebody robbed the house last night when her and the baby were sleeping,” he says in the clip for the episode airing on Thursday, December 13.

Her claims were met with cynicism from several of the show’s stars, including Paul “DJ Pauly D” Delvecchio. “I don’t buy it,” he whispered to the group. “Not for one second.”

The Marriage Boot Camp alum, 38, elaborated on his doubt in a confessional, saying, “Jen is up to no good … Last time I talked to Ronnie, he had blocked Jen, and I think she’s just doing this to get Ronnie to talk to her.”

Angelina Pivarnick also expressed skepticism about Harley’s story. “She’s lying, this girl. She probably did it,” she said as Ortiz-Magro can be heard questioning his daughter’s mother about why she didn’t immediately leave their home.

“If she can make up something like this, it’s scary,” Deena Cortese chimed in.

“This whole situation with Jen is crazy,” Mike “The Situation” Sorrentino said in a taped confessional. “There is a calamity or crisis once a week, like clockwork.” 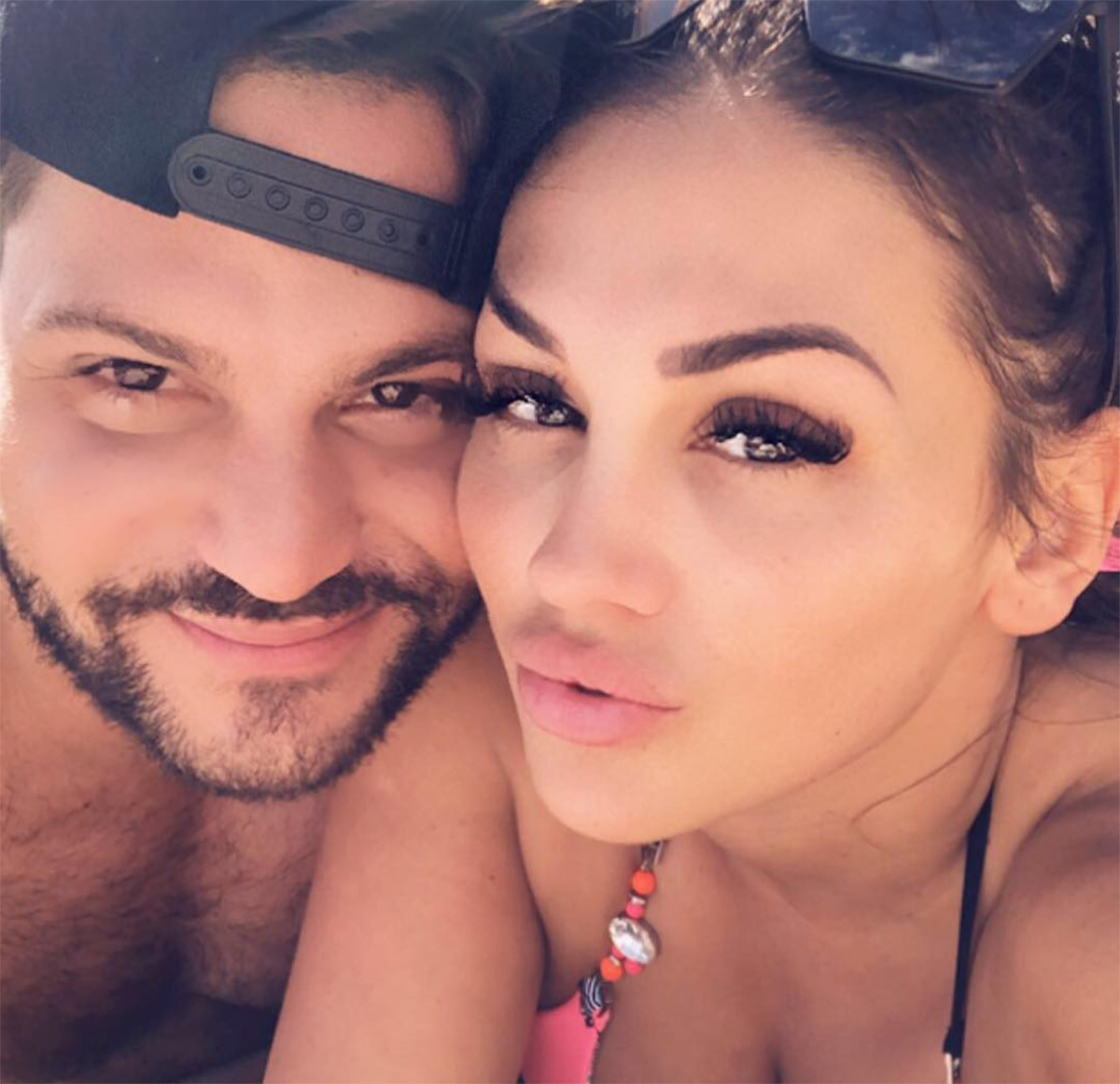 Harley slammed the group on her Instagram Stories on Thursday. “I love how everyone wants to talk s–t on me in the clip I just seen on JS the night I got robbed,” she wrote. “I did not call Ron expecting it to be broadcasted on tv I didn’t even know he talked about it until now. 4 of my neighbors got robbed that night I woke up to a man in my house with my Daughter there and my friends 14 year old daughter. I don’t see how this situation has become your entertainment or a reason to call me crazy bc the cast wants to talk s–t about me!!”

She continued: “That situation was very real and I don’t even feel like I should have to even explain to anyone or it’s anyone’s business … so FU to all of you who want to call me a liar and talk s–t over something horriable That happen to me that’s out of my control.”

One month prior, Ortiz-Magro apologized to his girlfriend for a November 15 episode of the show in which he got into a hot tub with Pivarnick’s friend Lindsay, a.k.a. “Jewish Barbie,” and told her she could sleep in his bed.

“Since than [sic] I’ve grown & wouldn’t want to hurt my girlfriend or my daughter, everyone makes mistakes and you’ll see next week that I learned from mine,” the Famously Single alum wrote on his Instagram Stories on November 18. “I wouldn’t never put myself in that position again to hurt the two people I love the most in my life.”

He concluded, “I want to lead by example for my daughter and how to be a real man and I need to lead how to be a good boyfriend/husband. I’m sorry to @tt_kittymeow @ariana_sky_magro”

The TV personality doubled down on his apology hours later. “I just wanted to apology [sic] to my family for putting myself in such a bad position in last weeks episode, here’s a repost, stating I love them more than anything and the editing make it worse than it seems,” he wrote. “I promise there is a light at the end of the tunnel. I wouldn’t do anything to hurt either of them. I love you both.”

The couple, who welcomed Ariana in April 2018, have had a tumultuous relationship with claims of cheating and domestic violence on both sides since they began dating in July 2017. Harley was arrested in June on charges of domestic battery, which were later dropped.