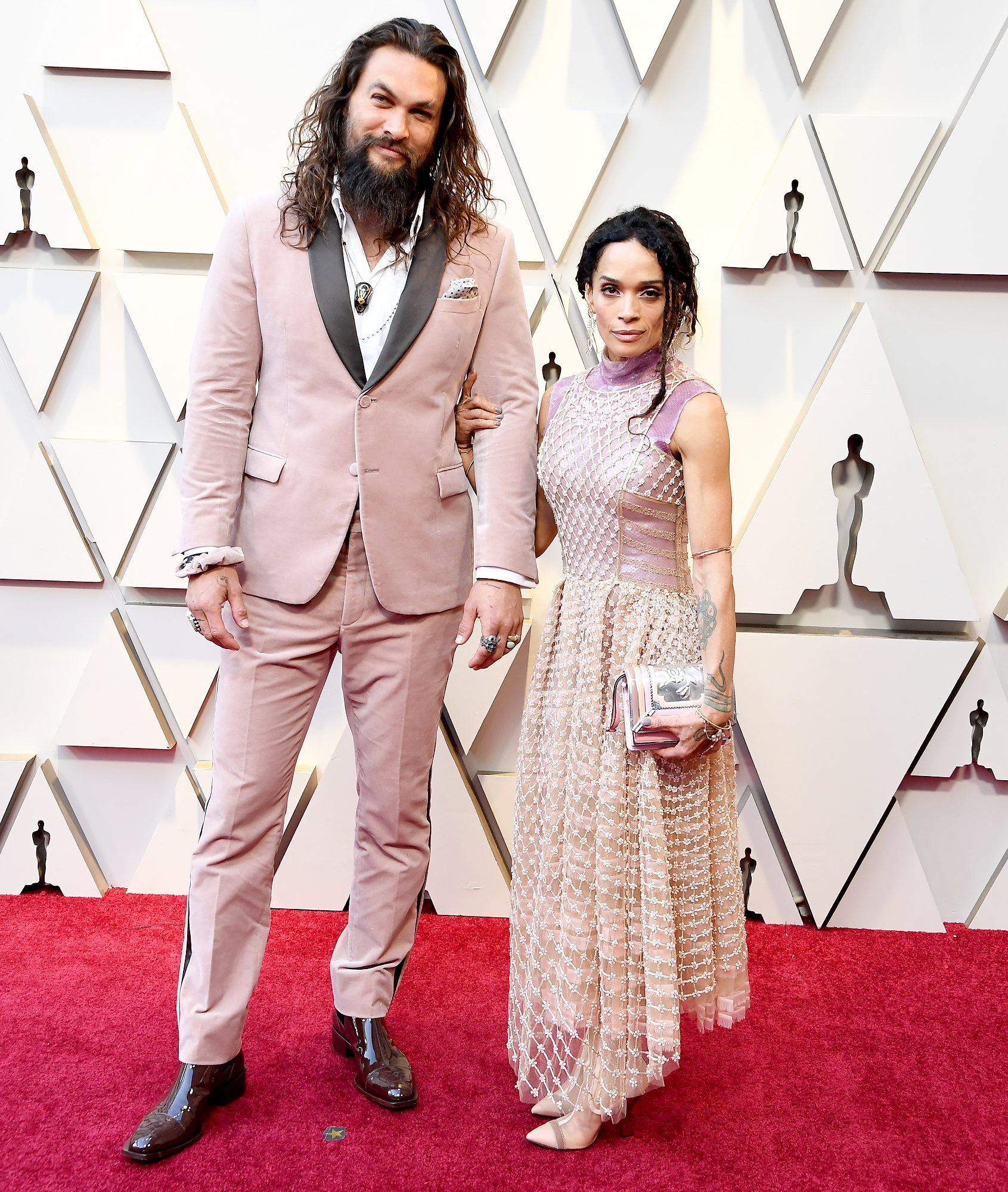 Our sun and stars! Drogo and Daenerys reunited as Jason Momoa and Lisa Bonet found Emilia Clarke, his former Game of Thrones scene partner, at the 2019 Oscars.

“Me and my QUEENS,” Momoa, 39, wrote on Instagram on Sunday, February 24, captioning a photo of himself posing with Bonet, 51, and Clarke, 32, backstage at the awards show.

Me and my QUEENS

Me and my QUEENS

The Aquaman actor was on deck at the 91st Academy Awards ceremony to present the Best Documentary category alongside Helen Mirren, while Clarke had been tapped to introduce Jennifer Hudson’s performance of the Oscar-nominated song “I’ll Fight” from RBG. The three-time Emmy nominee even slipped a Game of Thrones joke into her speech. “Khaleesi has nothing on her,” she said in reference to Ruth Bader Ginsburg before sending a message to the 85-year-old Supreme Court justice: “If you ever want to borrow the dragons, ring me!”

Momoa and Clarke have kept in touch since playing husband-and-wife team Khal Drogo and Daenerys Targaryen during the HBO drama’s first season. They shared a joyous selfie on Instagram in November 2017 when they found themselves in the same city.

And in May 2016, Momoa praised a major Daenerys moment on the show. “Hahahahahahahahahahahhhahaha,” the Frontier star wrote on Instagram at the time. “I love GOT. Don’t f—k with my boo. Hahahahahahahahah @emilia_clarke love u Moon of my life.”

Both actors were styled to the nines for the Oscars on Sunday night — as was Bonet, Momoa’s wife of one year. A newly brunette Clarke wore a sculptural lilac Balmain dress with diamond jewelry. Momoa and Bonet, meanwhile, both wore dusty pink hues, with him dressed in a custom Karl Lagerfeld tux and her opting for a Fendi Couture dress. The couple share daughter Lola, 11, and son Nakoa-Wolf, 10; and Bonet has one daughter, Big Little Lies actress Zoe Kravitz, from her previous marriage to Lenny Kravitz.

Game of Thrones season 8 premieres on HBO on Sunday, April 14.