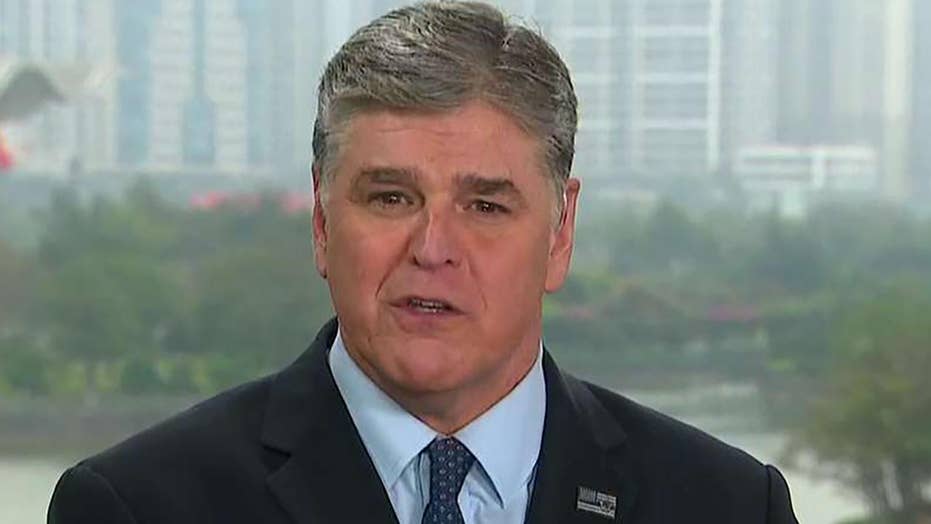 Fox News Channel host Sean Hannity sat down with President Trump in Vietnam after he abruptly walked away from negotiations with North Korea for an exclusive interview that will air on Thursday night on “Hannity.”

“We’re working towards something, but we didn’t sign anything today, it didn’t quite work out. I would say that I wasn’t satisfied and perhaps he wasn’t satisfied. Good relationship, but I decided this wasn’t the right time to sign something so we’ll see what happens over a period of time,” Trump told Hannity.

FOX NEWS DOMINATES MSNBC, CNN ACROSS THE BOARD DURING FEBRUARY

Trump also explained to the Fox News primetime host that North Korea only wanted to denuclearize particular areas, which isn’t good enough in the eyes of the president.

“Well, they wanted to de-nuke certain areas and I wanted everything,” Trump said. “The sanctions are there and I didn’t want to give up the sanctions, unless we had a real program. And they’re not ready for that and I understand that fully, I really do.”

Trump said North Korea spent a lot of time building its arsenal, but “that doesn’t mean the world has to be happy” and he wants them to completely “de-nuke.”

Trump and Hannity also discussed Michael Cohen, the president's former personal attorney who testified before the House Oversight and Reform Committee on Wednesday. Trump said he was able to watch some of it from Vietnam.

“As far as Cohen is concerned, he’s convicted, he’s a liar, he’s defrauded at a high level,” Trump said. “He’s got a lot of problems. And you know, it was very interesting, because he lied so much.”

Trump added that Cohen lied throughout the day, but when it came to “the Russia collusion,” he managed to tell the truth.

Hannity also asked Trump about border security and Republicans who voted against the wall.

The entire interview is scheduled to air Thursday night on “Hannity” at 9 p.m. ET.