Not ready to swipe right. Former Bachelorette star Hannah Brown admitted she hasn’t had time to start searching for a new love interest after calling off her engagement to Jedd Wyatt soon after the season ended. During an appearance on The Ellen Show, Brown, 25, told guest host Justin Hartley that she won’t be putting herself back out there any time soon – especially not on dating apps.

“I barely have time to get paper towels,” the Bachelorette alum teased. “I don’t have time to date right now. I tried that, I actually dated 30 guys at one time, I don’t know if you noticed. I spent a whole year of my life trying to date and it didn’t work out.” 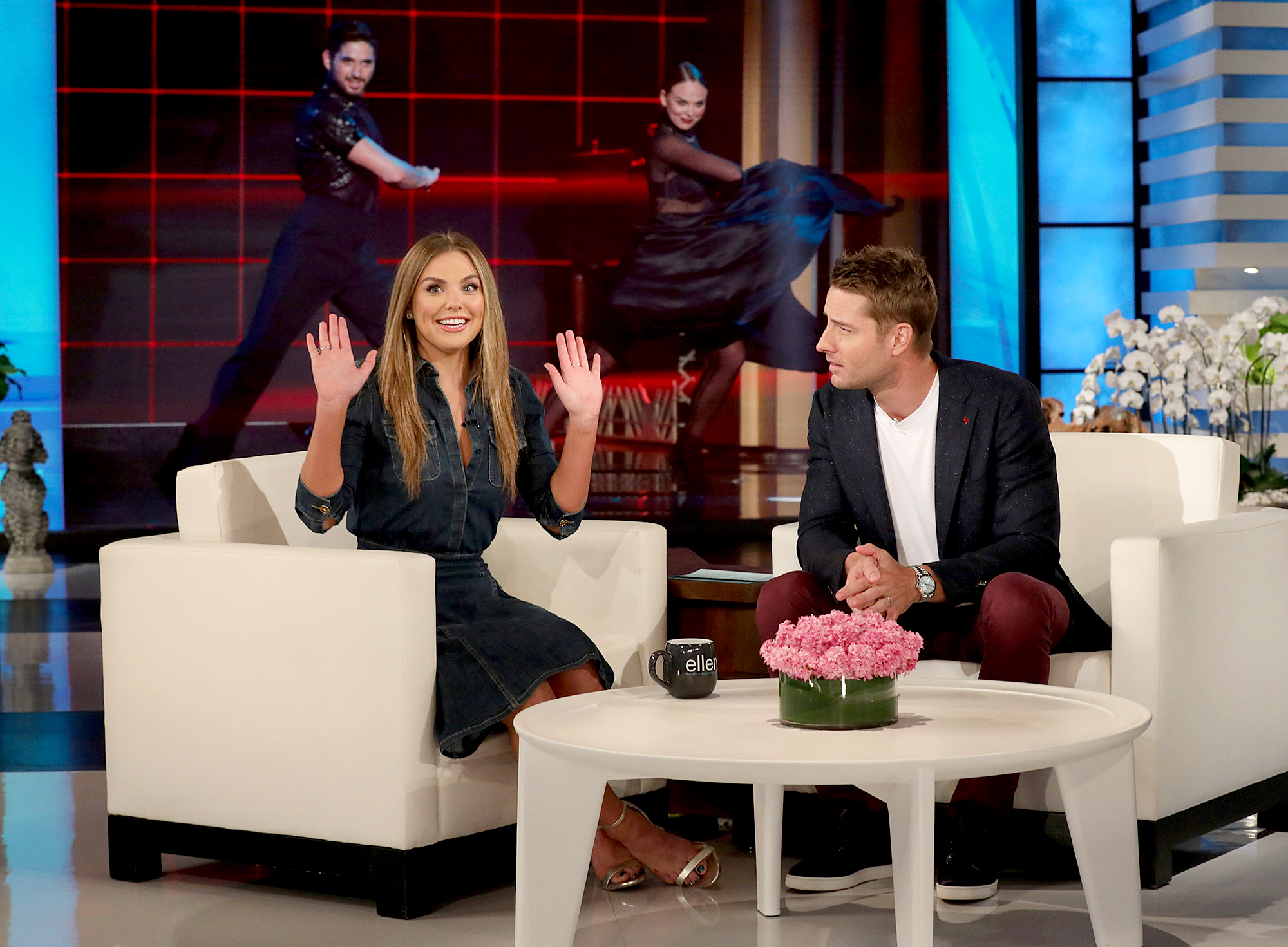 Brown’s season ended with an engagement that was soon called off due to reports that Wyatt, 25, still had a girlfriend back home in Nashville, Tennessee. Wyatt auditioned to be a contestant on the show while dating 25-year-old singer Haley Stevens and admitted he initially went on the show to help his music career take off. According to Stevens, Wyatt had agreed they would get back together when he returned home after the show.

On the dramatic After the Final Rose episode, which aired in July, Brown revealed to host Chris Harrison that she broke off the engagement over the phone after confronting Wyatt about the rumors on camera.

The former Miss Alabama has struggled to move on since ending her engagement, admitting to Hartley, 42, on Ellen that she “suffered trauma” from being on The Bachelorette. “So we’re not going to [date] right now. We’re going to dance,” she said.

Brown is currently on season 28 of Dancing With the Stars, where the 25-year-old’s chemistry with ballroom partner Alan Bersten have sparked rumors of a potential romance. Both Brown and Bersten, also 25, have made it clear that they are keeping things professional. The pair opened up about their friendship to Us Weekly last month. “I think I’m done with roses, so mirrorball [trophy] is what we have our eye on,” the former Bachelorette said.

“We’re great friends,” Brown clarified once more to Hartley on Ellen. “He kind of has to be my best friend. So I make him be. He cries about it. But it has been an amazing experience.”