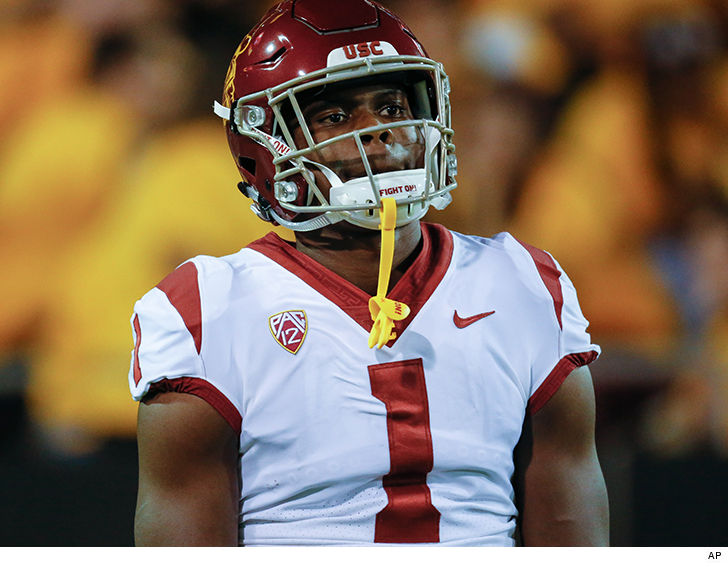 Ex-USC wide receiver Joseph Lewis has been released from jail after serving nearly 6 months of his sentence in his domestic violence case … TMZ Sports has learned.

As we previously reported,19-year-old Lewis was arrested back in July after his GF told police he had punched, scratched and strangled her during an argument.

He was sentenced to a year in county jail — but got out after roughly 6 months due to overcrowding and good behavior.

Now that Lewis is out, he’s still not allowed to contact the victim who obtained a 10-year restraining order against him.

Lewis had just 4 catches as a freshman for the Trojans back in 2017 but was expected to be a big contributor this season before he was booted from the team.

The guy is a talented football player — but now the big question … will he get an opportunity with another program?