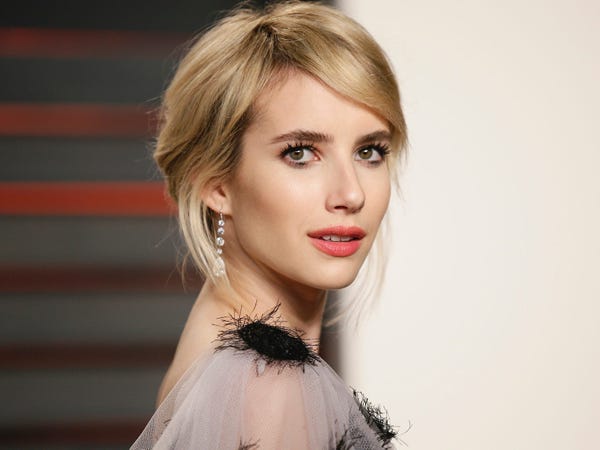 Emma Roberts temporarily blocked her mother, Kelly Cunningham, on social media after she unwittingly "spilled the beans" about her daughter's pregnancy.

The 29-year-old actress is expecting her first child with her boyfriend Garrett Hedlund and said she was planning on keeping the news under wraps.

"I was keeping my pregnancy pretty low key but unfortunately my mother has Instagram. Which, mothers and Instagram, it's a bad combination," Roberts said on Monday's episode of "Jimmy Kimmel Live."

She added, "She definitely spilled the beans."

The actress prefaced the story by explaining that Cunningham doesn't own a computer and used a flip phone until Roberts gifting her an iPhone three years ago.

"It was the worst thing I ever did," she said, explaining that her mother's online activity "started slow with a Google Alert" on her.

The actress said her mother "had no idea what she was dealing with" as her follower base grew and even got "totally catfished" by a user pretending to be Jackson Browne, a famous musician.

"It led to interacting with my fans and just thanking them for all their pregnancy wishes," Roberts said. "It was a disaster, and I found it all out on a plane, so I couldn't get to her. I couldn't call her or attack her."

According to Entertainment Tonight, she responded "YES!!" to a fan who asked, "Kelly is Emma pregnant???" in late June. Us Weekly confirmed the news that Hedlund and Roberts were expecting their first child together shortly after.

Once Roberts' plane touched down and she could contact her mom about her online activity, she said they "kind of laughed" and "kind of got into a fight."

"I blocked her at one point," she admitted, joking that it was her "only weapon" in what she called an "Instagram war" with her mother.

And though it wasn't the reveal that Roberts had been hoping for, she said it would be a "good story to tell the baby."

After Cunningham tipped off fans to the baby news, Roberts confirmed that she's pregnant with a boy on Instagram on August 30.

The "American Horror Story" actress cradled her stomach and sat beside Hedlund, captioning the post, "Me…and my two favorite guys."

Roberts and Hedlund were first linked in March 2019, shortly after the actress split from her on-again, off-again boyfriend and then-fiancé Evan Peters.

Similar to her desire to keep her pregnancy under wraps, the "Holidate" star spoke about the importance of privacy in her romantic relationships.

"I never want to talk about relationships I'm in or that are ending or have ended," she told Cosmopolitan in May 2019.

Roberts continued, "It's hard enough to be with someone by yourself, let alone with an audience. Growing up is hard. Sometimes it makes me sad that I can't have a private moment."