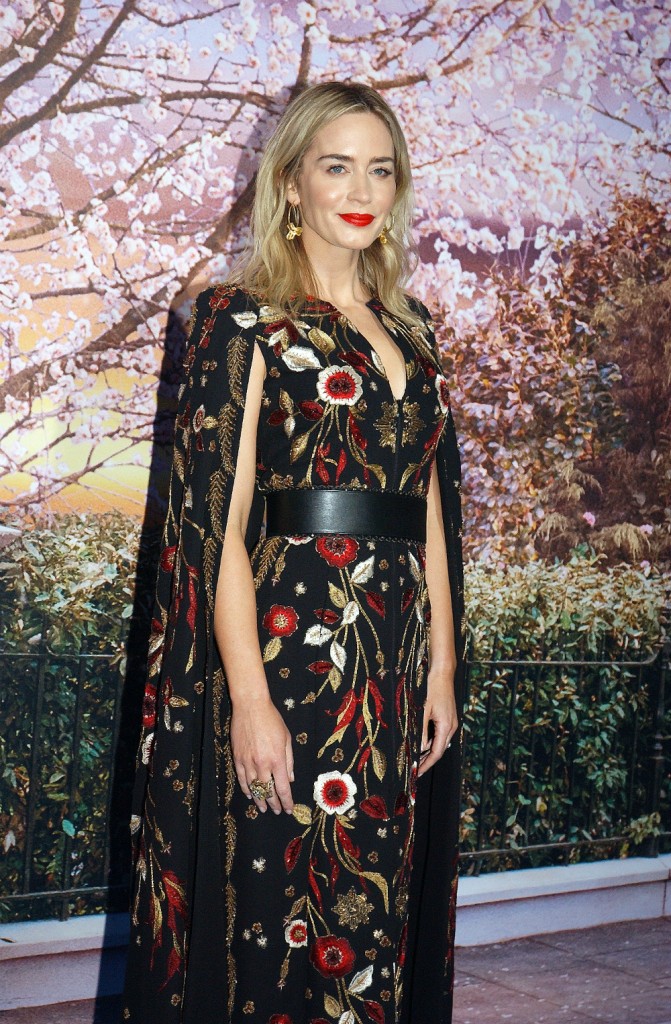 Mary Poppins Returns opens next week and I can’t wait. Not only am I excited for the movie, but I am ready for Emily Blunt to stop promoting while I still like her. She hasn’t done anything wrong, but since this is a children’s movie, it seems she is only asked about motherhood and mothering. It’s a lot. In her interview with Luxury London, Emily said that being a mother changed her for the better and helped her find strength she’d never known she’d had.

As befits the couple’s current status as cinema’s best-loved husband and wife, the consistently affable Krasinski is evidently just as endearing off-screen. It’s just as well, as both are reaching the twin peaks of their professional powers – with Blunt’s Poppins providing a slightly more family-friendly counterweight to Krasinski’s current run as Jack Ryan in the Amazon Prime thriller of the same name – at the same time as raising daughters Hazel, four, and Violet, two.

“He’s a very good father and that’s been a great source of comfort to me because it’s not always that easy to pursue a Hollywood career when you’re raising young children and have to be working on movie sets for months at a time,” says Blunt. “He’s great at making sure there are always fresh bottles of milk and fresh food in the house; just those little things make such a big difference.” As for Blunt herself, the arrival of Hazel and Violet “changed her world completely”.

“You become a different person [when you have children] because you look at your choices from a very different perspective. Whenever I’m considering a project I always think of how it’s going to affect the lives of my daughters. I only choose films now that I definitely want to do and even then I have to really love the story and my character, because when your children are so young you have such a strong desire to be with them as much as you possibly can.

“That’s why I nearly passed on Sicario because I was still feeling very vulnerable and so close to my daughter Hazel after her birth that I didn’t want to play in a very violent film about Mexican drug cartels. But once I did, I realised that becoming a mother gives you so much more strength than you thought you had. You learn that you’re actually more capable than ever.”

This is what I mean about hoping the promotion ends soon. When I first read this, I got defensive on behalf of the non-mothers and how they are also strong. Upon rereading, I think I understand what Emily’s saying here. If you read her comment about being, “actually more capable than ever,” with the context that she still felt vulnerable after Hazel’s birth, it doesn’t sound so preachy. I think she means that she didn’t think she could go back because of self-doubt, hormones and maybe mom-guilt. The “strength” she found was that she could do both. In those early days after my first, I legitimately thought my previous life was lost, that I wouldn’t be able to things the same – it was suffocating. So, in that sense, I could see Emily having an epiphany during Sicario.

As much as I also want her to lay off talking about John and how good they have it, I do appreciate what she said about him picking up the slack around the house. I have a real control problem and learning to let The Mister participate in the day-to-day aspects of running the household has benefitted both of us. But, even though I know this isn’t Emily’s doing, when I read sentences like, “as befits the couple’s current status as cinema’s best-loved husband and wife,” I can’t help but think it’s just an invitation for people to find flaws in their marriage, which I don’t want to do. 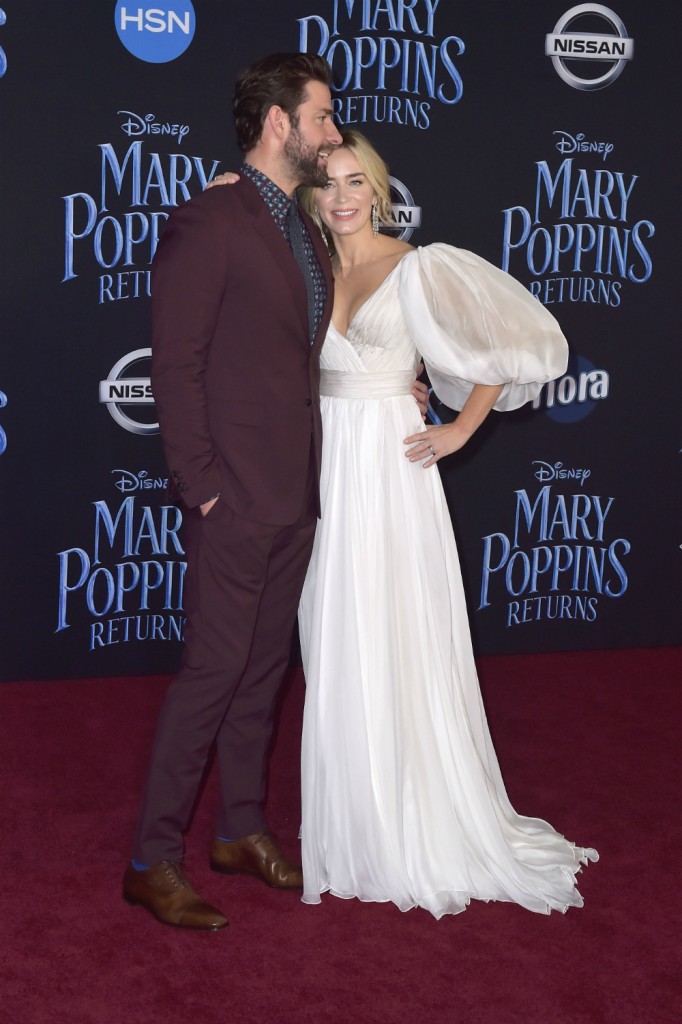 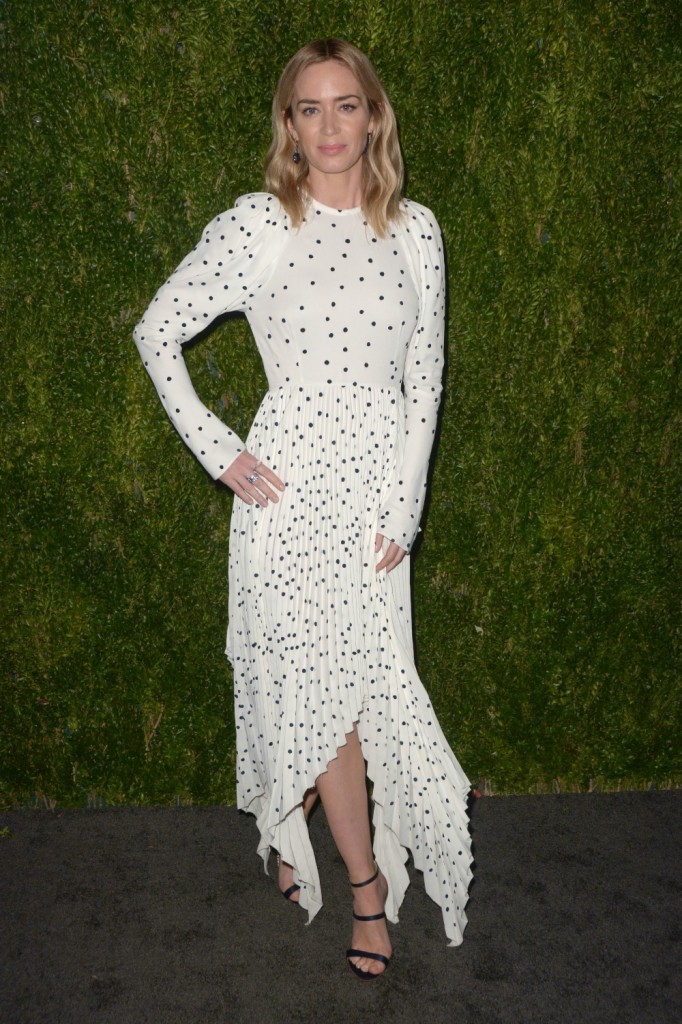 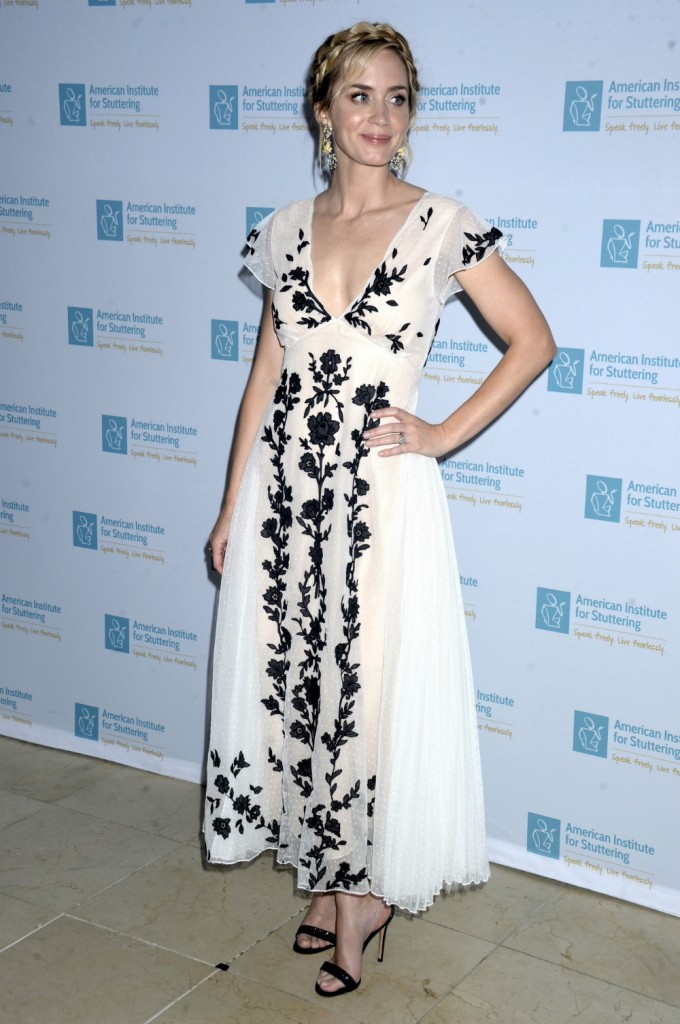