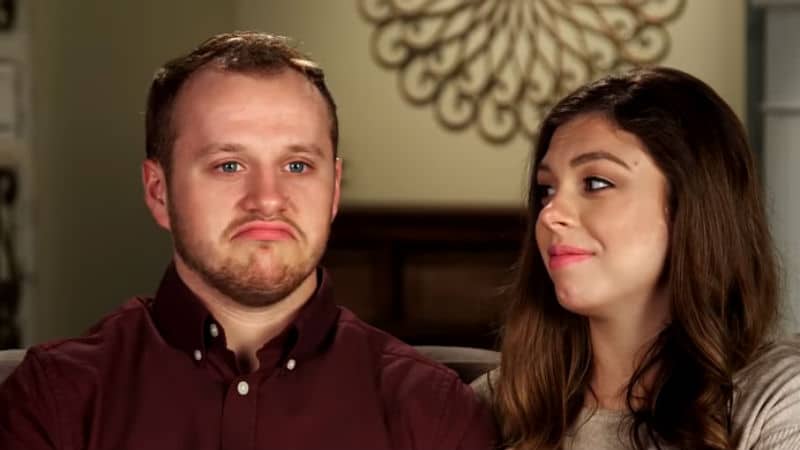 Josiah Duggar and Lauren Swanson will be heavily featured in the upcoming season of Counting On. The two were married last June, and their honeymoon will be part of the new season. Their relationship appears to be flirty and fun on social media, but beyond that, there may be more.

When Jessa Duggar announced her pregnancy recently, some Counting On viewers were shocked. It was assume that Josiah Duggar and Lauren Swanson would be the next couple to announce a baby.

Most of the married Duggars have children almost immediately after they are married. As of now, there has been no baby announcement from Josiah and Lauren.

Did
Lauren have a miscarriage?

It has been nearly eight months since Josiah Duggar and Lauren Swanson tied the knot. Counting On viewers have been waiting on an announcement from the couple indicating they were expecting, but that has yet to happen.

According to the Duggar Family News: Life is not all pickles and hairspray Facebook page, Lauren Swanson may have had a miscarriage. Pam (who often posts to the page) saw a Counting On preview where Lauren announces her pregnancy.

The page reads, “Pam caught a preview commercial of Counting On that shows Lauren announcing a pregnancy and then later being sadly questioned by the producers about ‘What happened?’ It seems she suffered a miscarriage.”

The entirety of the message can be read below.

This wouldn’t be too hard to believe, especially if they waited to announce to the public until after the first trimester and she lost the baby while filming.

While it has not been confirmed that Lauren Swanson had a miscarriage, the new season of Counting On should clear everything up. The new season begins tomorrow and with that will come a look inside the Duggar family’s life during 2018.

Aside
from the honeymoon filmed for Josiah Duggar and Lauren, there will be
plenty about John David Duggar and Abbie Grace Burnett’s wedding
planning.

Counting On airs on Monday nights at 9/8c on TLC.