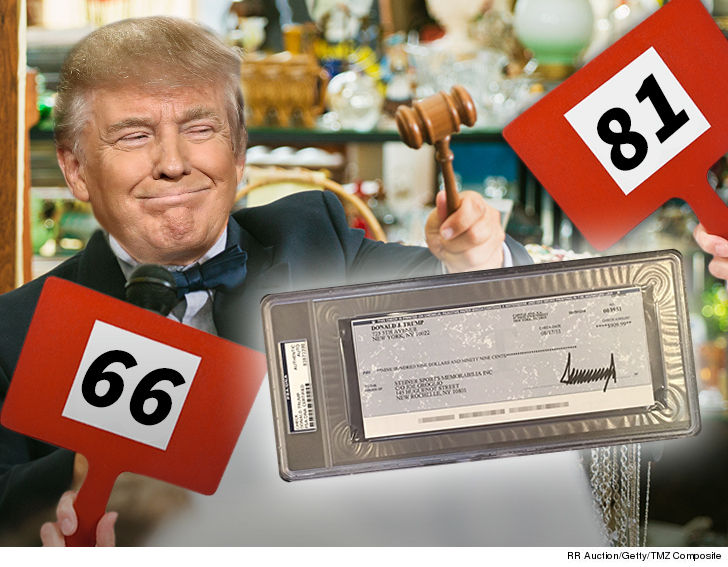 Donald Trump‘s personal check that bought POTUS rare baseball photos is hitting the auction block … and TMZ Sports has learned it could go for over $15,000!!!!

Sources tell us a $909.99 check made payable to Steiner Sports Memorabilia back in 2011 bought D.T. a signed Hank Aaron pic and two photos of Yankees teams from the ’50s.

We’re told POTUS used to buy memorabilia like that all the time as gifts for clients … and now, the check he personally signed could be the perfect present for you — if ya got the cash. 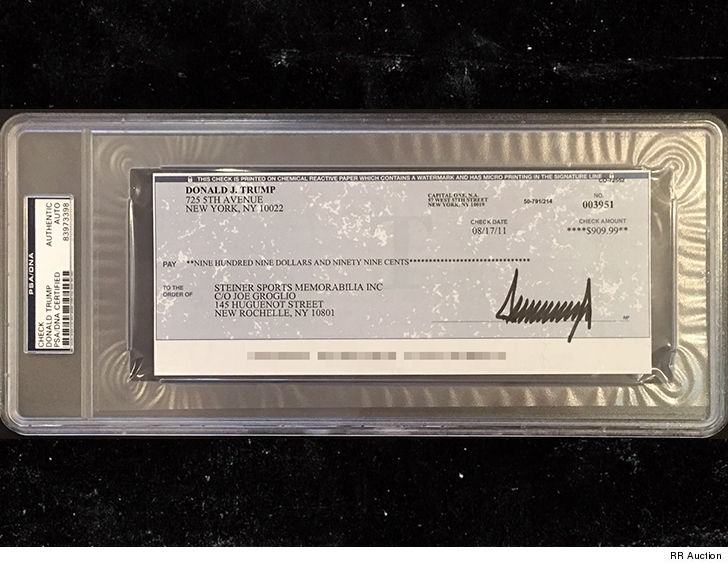 According to RR Auction … the check is ultra rare — the first known Trump one to hit the auction block — and could go for more than what similar modern president checks have sold for recently.