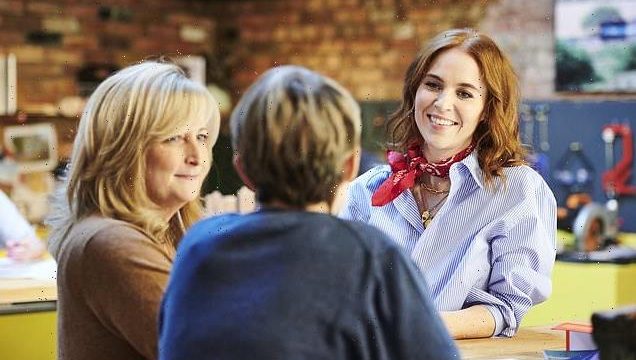 Your Home Made Perfect, BBC2

Does your heart sink every time you walk into your kitchen? Do you fret that your friends have acres more work surface than you?

You may be suffering from ‘island envy’, a newly discovered complaint brought on by watching BBC dramas and makeovers.

It’s not your fault. In medical terms, you are culinarily challenged. There is a cure but it is not yet available on the National Health Service . . . and going private, with presenter Angela Scanlon, could set you back more than a hundred grand.

Lisa and Judy in Gosport, Hampshire, were in the late stages of acute island envy on Your Home Made Perfect (BBC2). The kitchen of their 1930s semi was so cramped that they called it ‘the sorry room’ — because every time one of them opened a cupboard or tried to get to the sink, she had to say ‘sorry,’ as she squeezed past her partner. 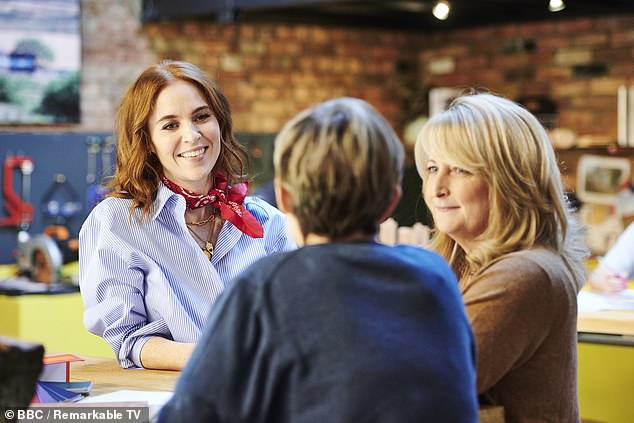 Lisa and Judy in Gosport, Hampshire, were in the late stages of acute island envy on Your Home Made Perfect (BBC2)

What they wanted was the kind of kitchen that features in every show on the Beeb, from domestic thrillers like Doctor Foster and sitcoms such as Motherland, to cookery lessons with Nigella Lawson or Mary Berry.

Everyone boasts a magnificent central island big enough to land a jump jet. If you haven’t got one, you’re bound to feel inadequate. Angela (who is also hosting The One Show this week) sent in a couple of architects armed with 3D virtual reality headsets to show Lisa and Judy how their kitchen could look.

The first, Lynsey Elliott, recommended excavating the floor and knocking through into the dining room to create a huge room with a high ceiling. The second, Will Foster, took inspiration from the Great Exhibition and Crystal Palace, with a glass structure that swallowed their garden.

We’re meant to be in suspense for most of the show, as the homeowners decide which design to pick. Stupidly, the producers sabotaged the whole episode by showing us Lisa and Judy standing in their renovated kitchen as part of the opening sequence.

‘It’s hard to put it into words,’ Lisa was saying. ‘Because we are so happy, the feeling is perfect.’ 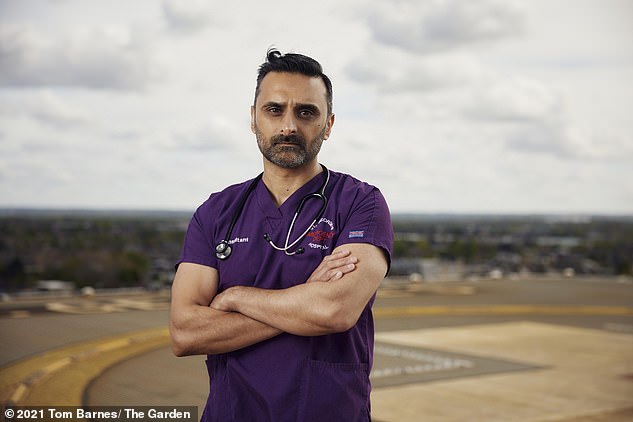 They can’t give you islands or chandeliers, but NHS doctors might save your life if they catch you on the brink of a cardiac arrest — like 69-year-old tennis enthusiast Mark on 24 Hours In A&E (C4)

There was no mistaking which architect had triumphed — Lynsey’s layout included an enormous pair of angel wings on the wall. It looked like Jacob Epstein’s sculpture of St Michael, on Coventry Cathedral. Elsewhere in the kitchen, there was a chandelier and an 8ft armoire or standalone larder. Even Nigella doesn’t have one of those.

They can’t give you islands or chandeliers, but NHS doctors might save your life if they catch you on the brink of a cardiac arrest — like 69-year-old tennis enthusiast Mark on 24 Hours In A&E (C4). Mark collapsed on the court. His heart was doing 240 beats a minute, a condition which, as a medic remarked, is ‘not compatible with life’.

His consultant, Dr Mehrad at St George’s in London, took an almost macho delight in saving Mark. Carrying out emergency electric shock treatment as the patient lay on a stretcher, he said: ‘It’s like when your iPhone doesn’t work, you just reset it.’

As his patient recovered, Dr M admitted: ‘I am addicted to the buzz you get from saving someone’s life, there’s no doubt about that.’ At school, he planned to be a dentist, he said — ‘but then I thought, that’s very boring’.

This long-running format, now in its 24th series, is never boring. The cases it features vary from the comical to the tragic, but each one teaches us more about the medical profession.

I didn’t realise that a consultant always wears purple scrubs, for instance — not green, not blue but purple. Very regal.