Lovato, 26, shared a fresh-faced selfie on Instagram on Tuesday, December 4, after a jiu-jitsu session. In the comments section, Aguilera, 37, wrote, “I’ve missed you so very much,” alongside emojis of red hearts and a kissing face.

“And we keep on tickin – till the end of time – I looooove youuuuu!” she added in a second comment. “Can’t wait to continue to heave [sic] you by side now.” 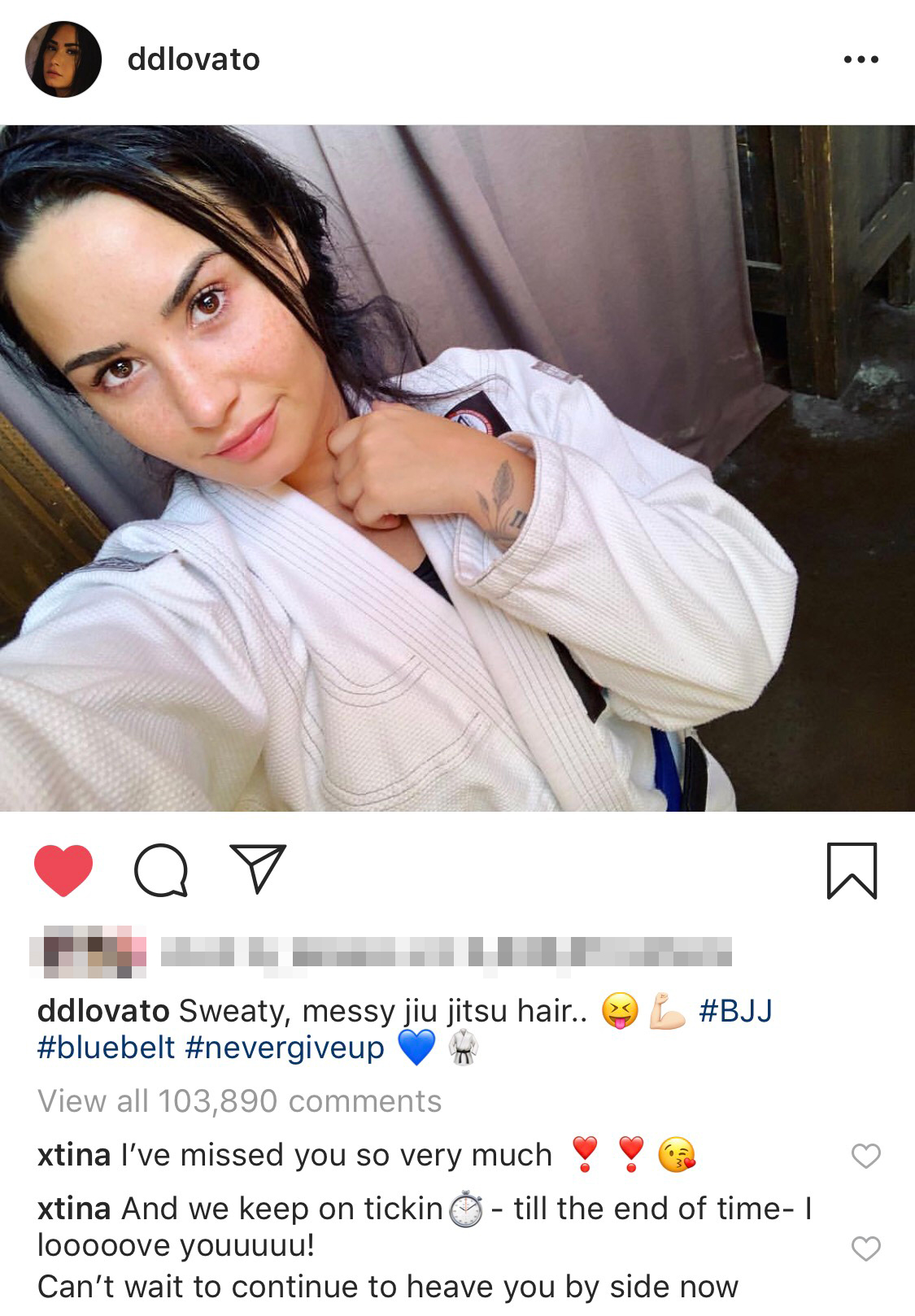 The pop stars collaborated earlier this year on “Fall in Line,” a single from Xtina’s album Liberation. They appeared together in the music video and performed the track at the 2018 Billboard Music Awards in May.

“We all have demons, and it’s amazing to be able to bring those to the forefront and to talk about it. Make it a conversation. That’s something that I think is so important about music,” Aguilera said on Apple Music’s Beats 1 radio show in June about why she wanted to collaborate with Lovato. “Demi has always come to the table with that and has been honest. … She’s so great and she’s so sweet. Such a sweetheart.”

Lovato was rushed to the hospital in July after overdosing at her Hollywood home. She was transported to a rehab facility outside of California two weeks later and remained there for more than 90 days.

Though the Grammy nominee is now out of rehab, a musical comeback is not on her radar just yet. “As of now, there’s going to be no work activity for the rest of the year,” a source told Us Weekly exclusively in November. “Demi will come back hard in 2019.”