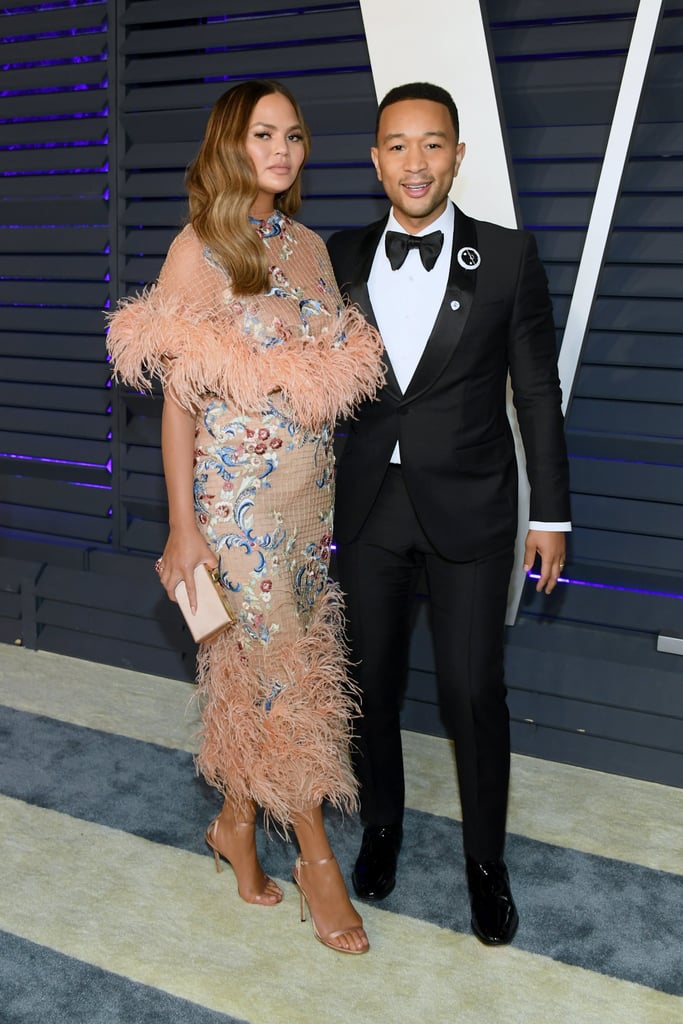 Chrissy Teigen and John Legend are one of the most influential power couples of the modern day. She’s a model, cookbook author, and Mayor of Twitter. He’s an EGOT winner, a talented musician, and the new judge on The Voice. With so many things going on in their lives (including their two adorable kids) and potential talking points for interviews, Chrissy is sick of John always being asked about her Twitter antics, and it’s incredibly valid. On Tuesday night, Chrissy brought up how “a very common question when interviewing John is basically ‘how do you deal with your wife’ and . . . I don’t love it.”

She went on to note how he’s frequently asked if she runs certain things by him before she tweets them, and the answer is no. “I don’t care and he doesn’t care. End of question,” Chrissy wrote. “But it’s not even that. It’s just that I am a different human than him? It is theeeee most common question with him. Please stop.” Chrissy clarified that she’s “not mad at anyone” who’s asked John this because she understands how “different” they are. “You don’t ask me how I deal with watching msnbc every night or what I do while he’s silent for a week,” she added.

John also chimed in, and we can’t help but gush over their unwavering support for each other. “Yeah my wife is brilliant, savvy, funny as hell and clearly better at social media than me. She doesn’t need my advice or censorship when it comes to how she communicates with the public,” he wrote. Ahead, see Chrissy’s tweets and some recent interviews where John was asked about her hilarious tweets and social media behavior.