The TV and radio presenter, 58, said the laser eye surgery went well, informing her 400,000 Twitter followers: “Eye op #BlendedVisionLaser went brilliantly. Took less than 10 minutes total. All good.” Carol Vorderman went on to reveal she was “resting” after the procedure, saying: “Just resting with eyes closed as much as possible for first three hours. All went perfectly. Hooray.

Just resting with eyes closed as much as possible

“Ps typing this without glasses for the first time in years,”(sic) she added.

The former Countdown star also tagged The London Vision Clinic, whose website says the Blended Vision procedure can reduce or even eliminate the need for reading glasses, bifocals or varifocals for years.

They say over 1,000 patients have benefited from the treatment since they began offering it in 2005.

Meanwhile, fans flocked to the comments section to share their responses to Carol’s news, with one saying: “You are braver than me, I would love not to have to wear glasses to read, but am a chicken when it comes to the thought of having something so close to my eyes.”

“Glad to hear it went well Carol,” another chipped in. “You’ll be able to appreciate the views on your walks even more now!”

Several more Twitter users appeared focused on the thought of the stunning star ditching her specs. 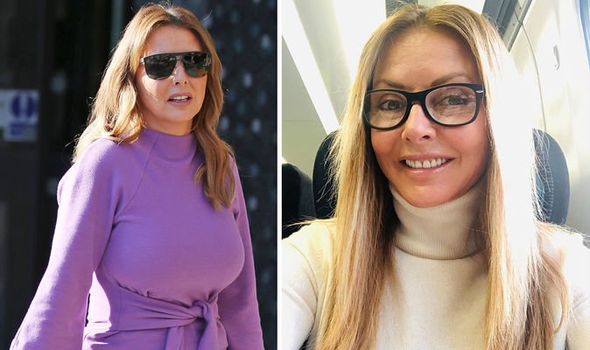 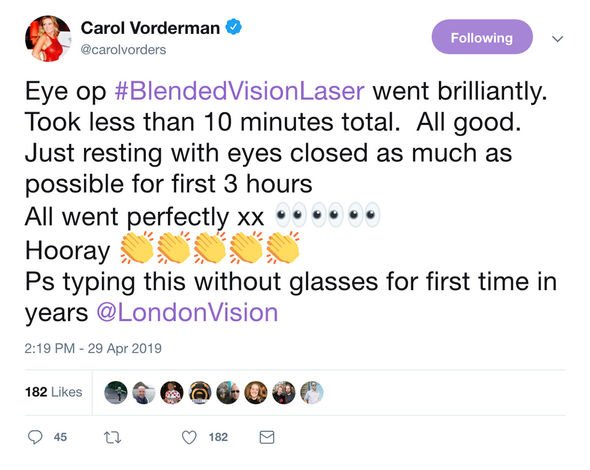 “Those glasses were pretty sexy,” one commented, as another agreed: “Excellent. But… you do look gorgeous in glasses. Don’t just dump them.”

“Rest up,” a third added. “Loved your glasses though.”

Earlier today, Carol revealed she had undergone the procedure eight years ago.

“On my way to have a little laser eye op so I can throw my glasses away again,” she tweeted.

“Had it done eight years ago and time for a tweak. Can’t wait.” 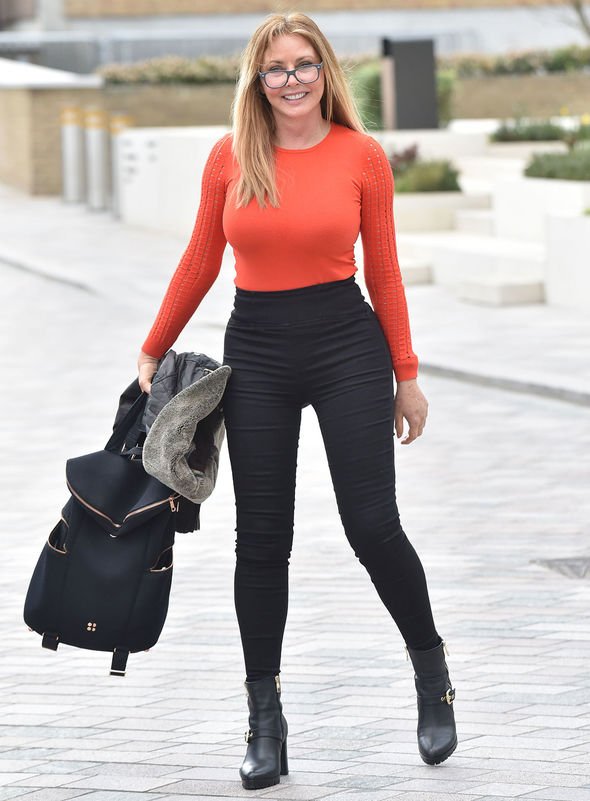 Carol became a household name presenting Countdown from when it first aired on Channel 4 in 1982.

She was a staple part of the line-up on the long-running game show until her departure in 2008, and was subsequently replaced by Rachel Riley, 33.

She is also famous for her incredible figure and has been named Rear of the Year winner on two occasions.

Carol has been married and divorced twice.

The BBC Radio Wales presenter is a mother-of-two with her second husband Patrick King.