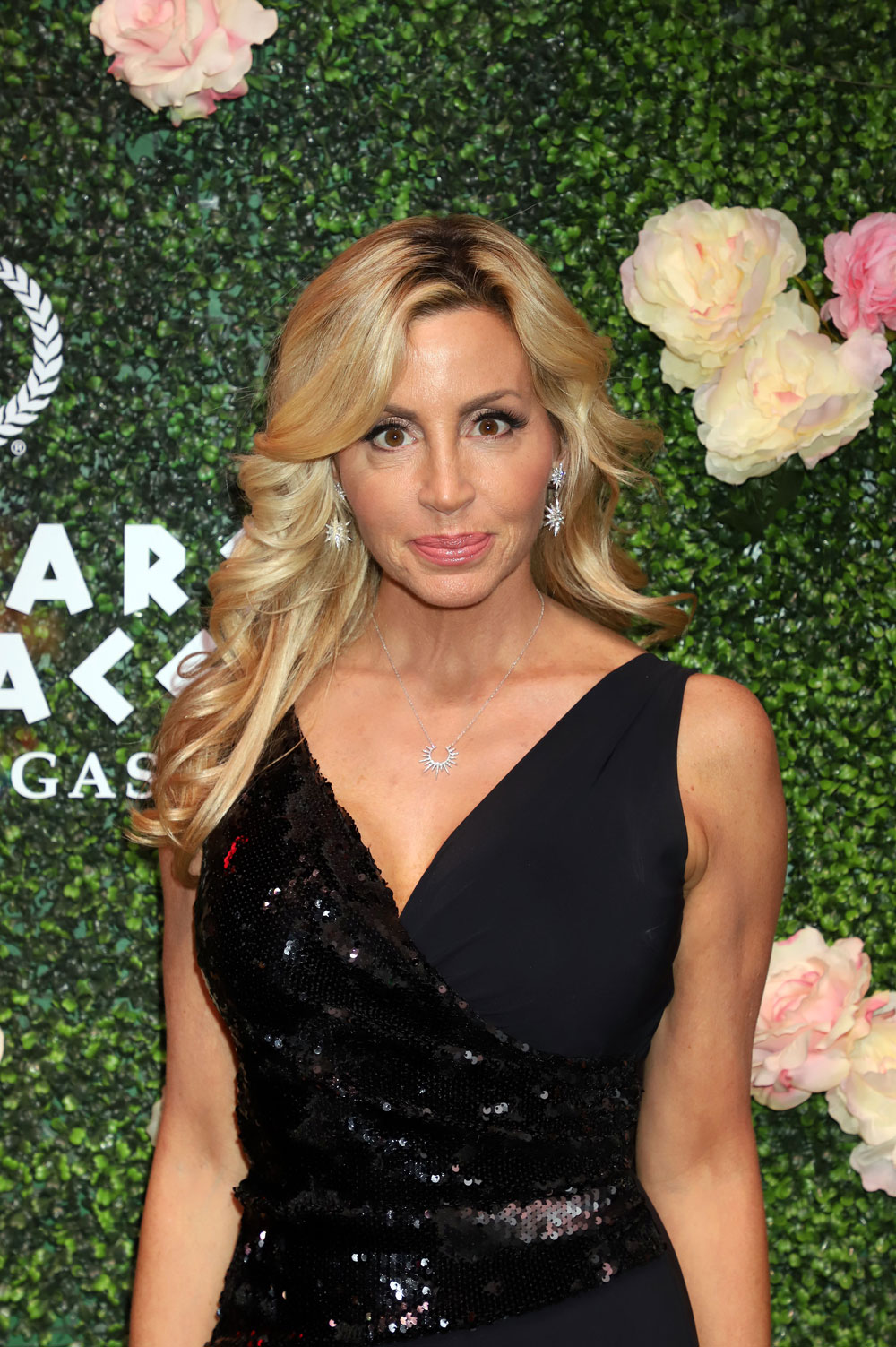 There’s a woman in my town who looks like Dr. Christine Blasey Ford whom I never noticed until now. The first time I saw her I decided to go back into the grocery store for one more thing just in case. Of course it was a different lady with the same hairstyle and similar glasses but part of me wondered so I doubled checked. There are a lot of things I want to tell Dr. Ford and I consider her a hero. Her testimony changed my life and helped me face some things. So many women feel the same.

That’s a lead-in to this story about Camille Grammer’s garbage take on Dr. Ford’s testimony. A heated exchange between Camille and Lisa Rinna aired on the last episode of The Real Housewives of Beverly Hills. It was taped at the end of September around the time angry drunk Brett Kavanaugh’s confirmation hearings. It’s been over six months already and I remember it like it was yesterday. Long story short, Lisa Rinna was the voice of reality and Camille spouted Republican talking points.

“I am very empathetic to women who have had this, but I’ve also been accused of things that I’ve never done,” Camille said. “This pisses me off. … When I went through my divorce, I was taken down. I was maligned. I was emotionally beaten down. It’s horrible to go through that when you’ve done a lot of good things in your life…

Lisa Rinna is the voice of reason
“To see this woman put herself in such a vulnerable position, and yet people making fun of her? People not believing her? It’s really f—– up,” Lisa Rinna said on Tuesday’s RHOBH. “I think she’s changing everything with her courage.”

Camille says there’s not enough “evidence” and that she was assaulted too
“She didn’t have enough evidence,” Camille said of Dr. Ford. “When you are going to go up against the senate with something like that, you better have your witnesses lined up because that’s a very tough thing.”

Camille then revealed that she had been a victim of sexual assault when she was younger, using that fact to question why Dr. Ford had waited over three decades to bring her allegations forward.

Lisa retorts
Rinna didn’t agree with that point, nor did her friend Robin — who told the group that she was attacked when she was in 7th grade but didn’t speak about it until the #MeToo movement picked up speed.

“Do you not believe her though? Do you not believe this woman?” Rinna asked. “You don’t believe her for getting up in front of the f—ing world and telling this story, and not getting anything out of it, nothing? Camille, she’s a doctor! … He’s going to be a judge on our court for the rest of his f—ing life and that is a very big thing.”

Camille feels so bad for Brett Kavanaugh’s family
“We don’t know if for sure it happened or not because it’s a he said, she said,” Camille responded. “Women should be heard [but] do you believe that all doctors are right? Do you believe because somebody holds a PhD, they’re correct?”

Asked by Mellencamp Arroyave how she would feel if her claims weren’t believed, Camille said, “That’s your prerogative.”

“This woman has some serious allegations and I feel bad for what him and his family are going through,” she added of Kavanaugh, later tearing up about it. “I feel bad for people. I don’t like when people do that kind of stuff.”

As you can tell, I didn’t see this episode and am relying on People’s recap. They go on to recount Lisa Rinna’s story about how her mom was almost murdered by a notorious serial killer who tried to rape her, but was saved by a military policeman who happened to drive down the road where they were parked. It’s an incredible story and you can read it there. Lisa said that her mom didn’t tell her about it for years so she completely understands why it took Dr. Ford so long to come forward.

It’s scary as f-k that we’re still having these kind of conversations and that people “feel sorry” for an abusive Supreme Court judge who consistently rules to strip away basic human rights, and who just got a mandate to do that until his death. Camille has been in abusive relationships and as she said on the show she was sexually assaulted. She was married to Kelsey Grammer for a long time. I’m not making a particular observation about Kelsey other than to say he’s a conservative and he cheated on her and blamed her for it. She identifies with these horrible men, they’re the type of men she’s known all her life and so she makes excuses for them. To get personal for a moment, I have cut women like Camille out of my life and I’ve seen friends and family cut them out too. The current dystopia has made it abundantly clear where people stand.

Lisa Rinna and Harry Hamlin are so fierce. 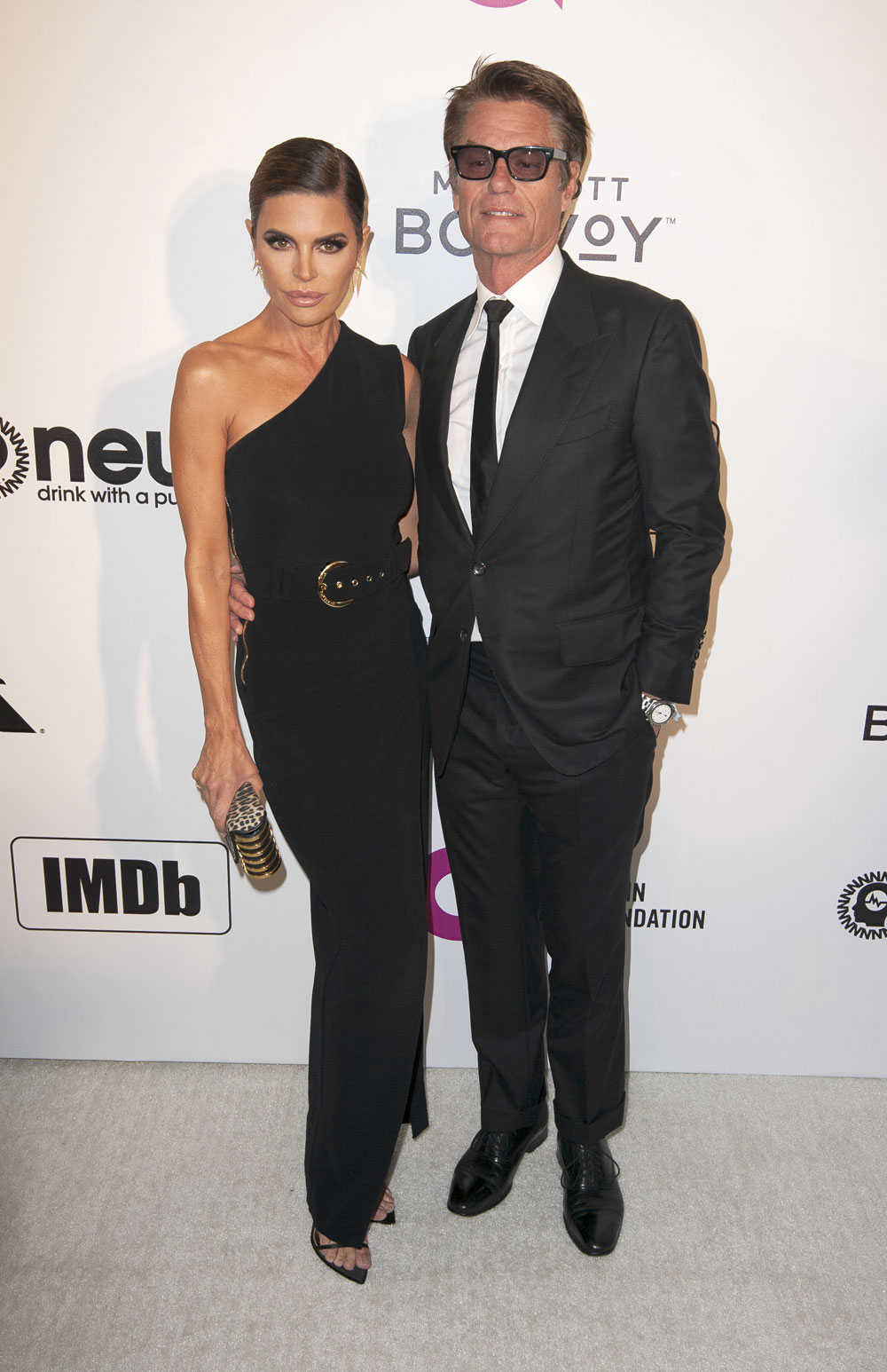 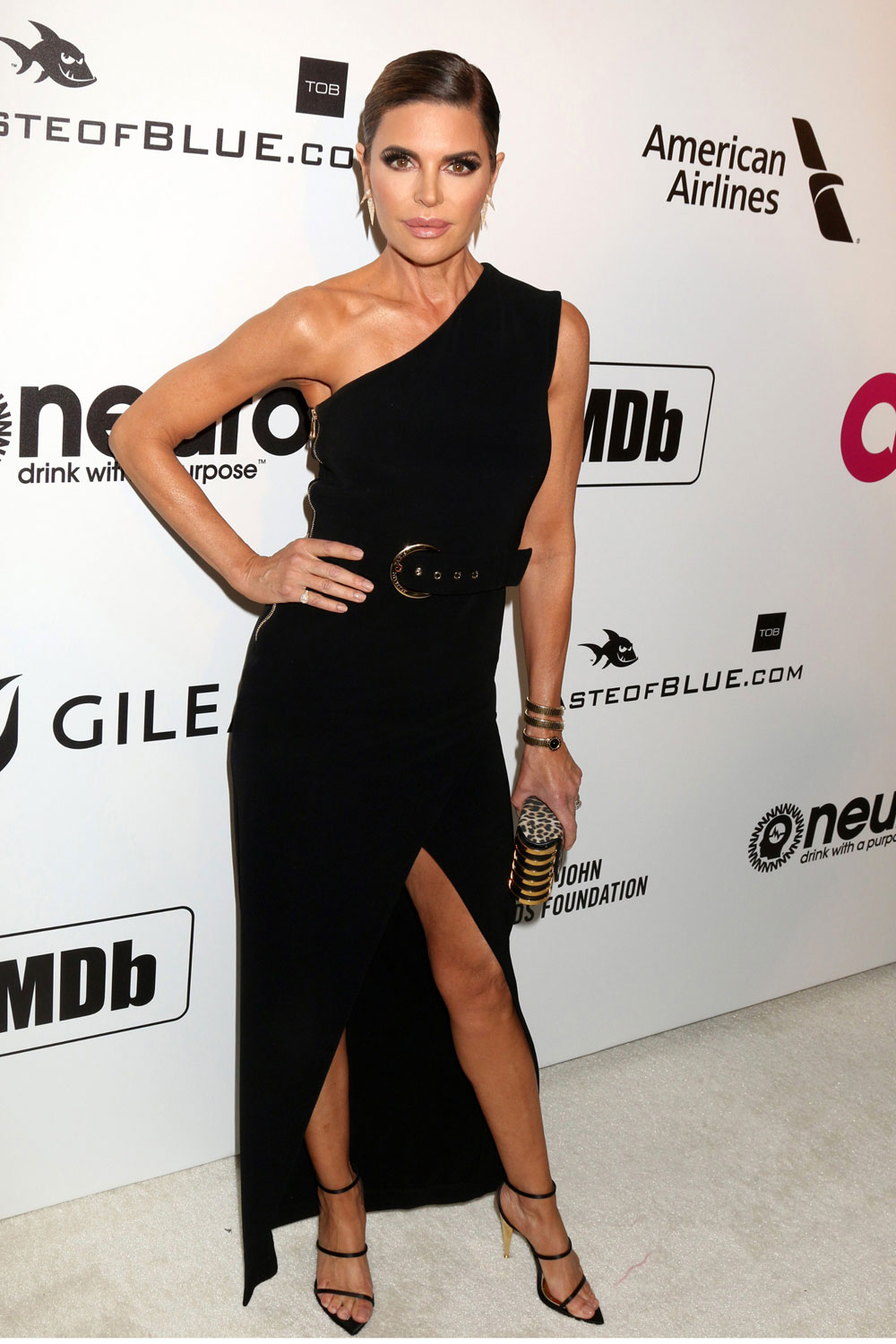 I wish my Dad was still with us so he could see my Mom tonight on #RHOBH ? I am so proud of my Mom and I know Dad is watching from heaven and is so proud of you Mama! I love you! ❤️

I wish my Dad was still with us so he could see my Mom tonight on #RHOBH ? I am so proud of my Mom and I know Dad is watching from heaven and is so proud of you Mama! I love you! ❤️