The newest 007 flick is currently in production and won’t arrive in theaters until April 2020, but that hasn’t stopped people from talking about it. “Bond 25” has been given an official title—No Time to Die—and is on par to be the most expensive in the series.

Chatter around the film has centered around its casting (Bond girls), crew, and storyline, but once it was announced that Phoebe Waller-Bridge was joining the James Bond writing team, it raised eyebrows in a good way—and a not-so-good way too. But Daniel Craig wants people to know he co-signs Waller-Bridge and her work. 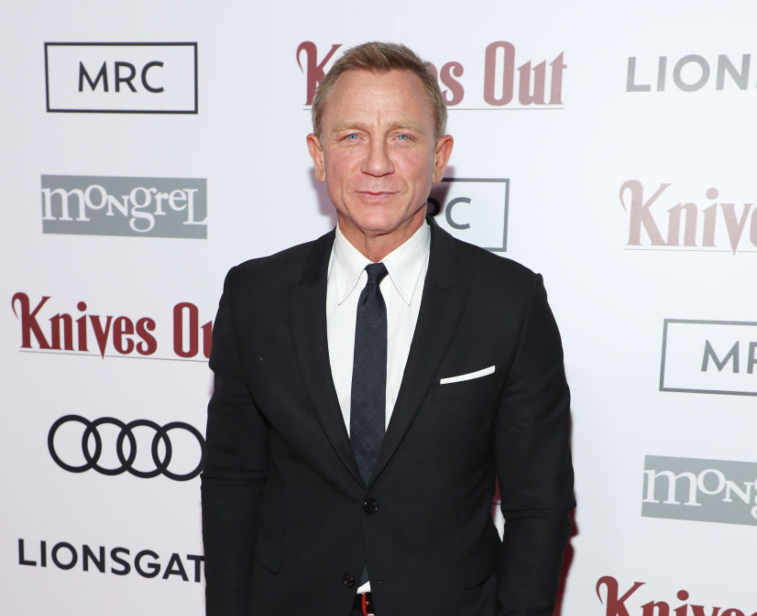 Waller-Bridge came on board months ago

In April, it was revealed that Waller-Bridge was hired to help polish up the James Bond script, bringing her awesome ability to inject humor and out-of-the-box dialogue into a story. She didn’t replace anyone but was asked to join the team by Craig himself as he’s a fan of her work. Per IndieWire, she rounded out the writers’ group which already included Robert Wade, Neal Purvis, and Scott Z. Burns.

When Waller-Bridge was being interviewed about Fleabagand her coming into the Bond team, she referenced the importance of creating femalecharacters who are real. In June, she told Deadline:

“I just want to make sure that when they get those pages through, that Lashana, Léa and Ana open them and go, ‘I can’t wait to do that.’ As an actress, I very rarely had that feeling early in my career. That brings me much pleasure, knowing that I’m giving that to an actress.”

She also touched on wanting this particular film to treatwomen right, which perhaps led some critics to believe that she’d change thetone of Bond altogether.

“There’s been a lot of talk about whether or not [the Bond franchise] is relevant now because of who he is and the way he treats women. I think that’s b*****s. I think he’s absolutely relevant now. It has just got to grow. It has just got to evolve, and the important thing is that the film treats the women properly. He doesn’t have to. He needs to be true to this character.”

Craig cuts down criticism and assumptions

Since Waller-Bridge’s name has been connected to the newfilm, detractors have been questioning the decision to put her on the team.Craig recently went on defense during an interview with TheSunday Times’ Jonathan Dean, reiterating that he’s the one who personallywanted to hire her for the film.

Dean mentioned that Waller-Bridge is the only other woman writer (Johanna Harwood is the other) in Bond’s nearly 60-year history, suggesting that maybe she was brought in as part of some gender diversity initiative. Craig quickly rebuked it, saying:

“Look, we’re having a conversation about Phoebe’s gender here, which is f****** ridiculous. She’s a great writer. Why shouldn’t we get Phoebe onto Bond? That’s the answer to that.

I know where you’re going, but I don’t actually want to have that conversation. I know what you’re trying to do, but it’s wrong. It’s absolutely wrong. She’s a f****** great writer. One of the best English writers around. I said, ‘Can we get her on the film?’ That’s where I came from.”

And that’s that, folks. Craig was clearly not about to makethe discussion revolve around her gender, and instead pointed to her talent.

When does ‘No Time to Die’ arrive?

The film arrives in theaters on April 8, 2020 and is thelast installment to feature Daniel Craig’s version of Bond. The movie will seethe introduction of Lashana Lynch and Ana de Armas who are assumed to be new “Bondgirls,” and whose characters Waller-Bridge was looking forward to writing. Sheis a fan of Craig’s Bond and previous incarnations of Bond girls but willcertainly put her own spin on the characters.