Blac Chyna is flexing her wildly expensive collection and showing off her luxury Calabasas mansion after Wendy Williams claimed that Chy texted her saying she had no place to live.

Blac Chyna is showing that she’s not homeless and is the proud owner of a million dollar car collection, after daytime talk show host Wendy Williams claimed that the mother of two had nowhere to live. Wendy made the allegation on her Nov. 16 show, and hours later Chyna, 32, posted several Instagram stories videos showing off a fleet of white luxury vehicles, and took fans on a tour of the grounds of her Calabasas mansion. So apparently she does have a place to live, and it is huge!

Wendy called Chyna out during a gossip segment where she was initially discussing Chyna’s ex Tyga. Wendy interrupted her guest to say “He has a child with Blac Chyna, right?” She then floored viewers by claiming “I told you how Chyna texts me regularly, ‘Can you help me find a condo. I have no place to live.’”

The guest claimed that Chy’s ex Rob Kardashian just lowered his child support payments for their four-year-old daughter Dream Kardashian (he actually doesn’t pay any child support), and claimed that Tyga doesn’t give Chyna any money for their eight-year-old son King Cairo Stevenson. “Single mother of two, can I find her a place to live. It was random,” Wendy dished. “Maybe she sent a blast to everybody she knows, cause it didn’t say ‘Dear Wendy.’ I didn’t answer it. I don’t want to be involved.” 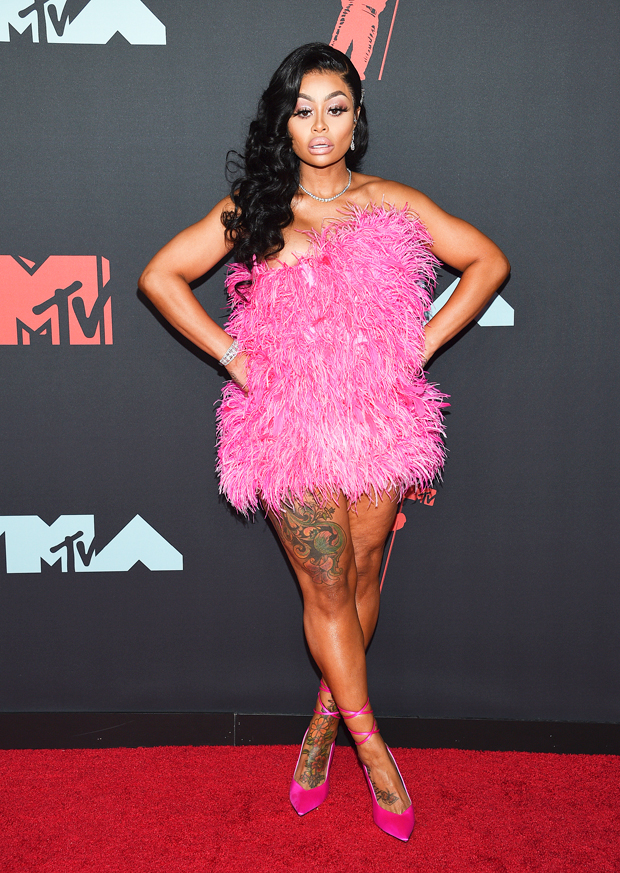 Several hours later, Chyna posted an Instagram video from her driveway showing five luxury vehicles, including a Lamborghini and a Mercedes G-Wagon. She wrote the lyrics to her song “Cash Only” over the vid, which read, “Ain’t no sense in lying, I don’t call nobody mine. And I ain’t checking for nobody either, I promise I’m fine. I’d rather chase money to spend ’cause I can’t see myself spending time. I don’t need one on my side ’cause I can’t be worried ’bout you when I’m busy tryna get mine.”

Chyna then gave a video tour of the backyard from the second story deck of her Calabasas mansion. It showed a large swimming pool, a basketball half-court, elaborate playground area for her kids and a trampoline. The Lashed Cosmetics entrepreneur even recently bragged that her “biggest flex” is that she doesn’t need any money from either of her kids’ dads. On Sept. 15. SiriusXM Hip Hop Nation host Swaggie Sie asked what her “biggest flex” was. Instead of her cars or mansion, Chyna responded, “My biggest flex? Honestly, I mean, just honestly taking care of my kids by myself as a single parent, with no child support. So that’s my biggest flex.”