Ben Affleck has taken a big step forward in his relationship with Ana de Armas, with a source telling Us Weekly that he wants his kids to get to know his girlfriend better.

The insider tells Us that the Oscar winner’s three children with ex-wife Jennifer Garner — daughters Violet, 14, and Seraphina, 11, and 8-year-old son, Samuel — spent the night at his L.A. home over Memorial Day weekend along with the Knives Out actress. 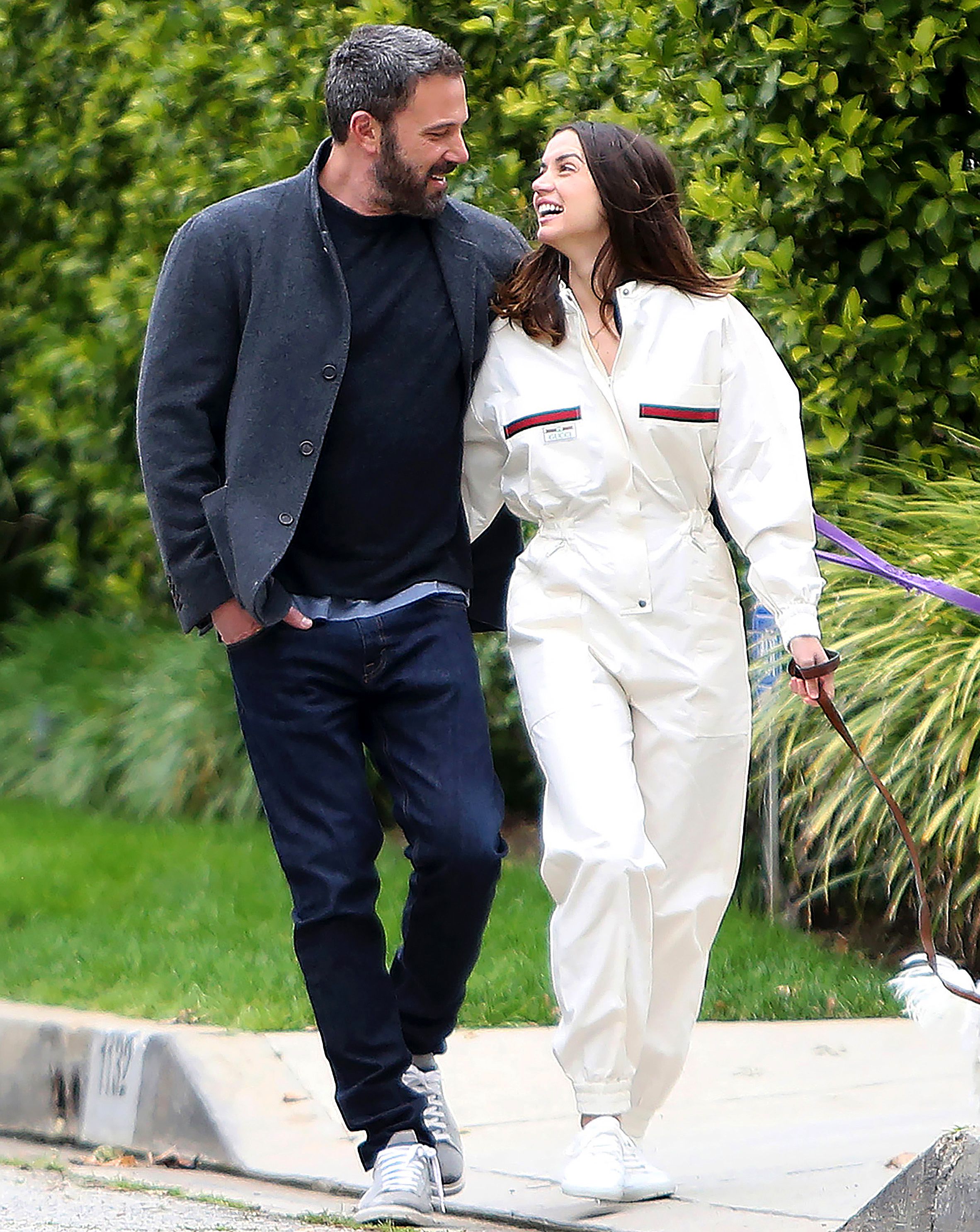 As previously reported, the former Batman star and his girlfriend were spotted out in Brentwood, California, with his kids on Saturday, May 23, as they walked his German shepherd along with de Armas’ pup, Elvis, and Garner’s dog, Birdie. The group wore face masks amid the coronavirus pandemic.

Us broke the news in March that Affleck and the War Dogs actress were officially dating after they sparked romance rumors when they were spotted together in Cuba and Costa Rica, where an eyewitness told Us the pair were “making out” while waiting in a security line at the airport.

Affleck — who split from Garner in June 2015 after 10 years of marriage — said during an interview with Good Morning America in February that he hoped to fall in love again.

“I would love to have a relationship that is deeply meaningful and one to which I could be deeply committed,” he said. “Five years from now Ben Affleck is sober and happy and sees his kids three-and-a-half days a week and has made three or four movies that are interesting to him. I directed two [movies] that he is hopefully proud of and is in a healthy, stable, loving, committed relationship.”

The Way Back star and de Armas have been quarantining together in L.A. and went Instagram official in April while celebrating her birthday at Joshua Tree National Park in California.

“They are having so much fun together and she has been telling friends how Ben is the most amazing boyfriend she’s ever had,” a source told Us earlier this month.

Another insider told Us that the Knock Knock actress admires how Affleck and Garner work together to coparent their children.

“She thinks Ben is such a sweet and nice guy,” the source told Us, adding that de Armas is impressed by “how he juggles so much between work, his kids and coparenting with Jen.”

The Camping alum, who moved on with businessman John Miller in October 2018, is onboard with her ex-husband’s new relationship, with another source telling Us that she “trusts Ben and lets him do what he wants when he’s with the kids.”