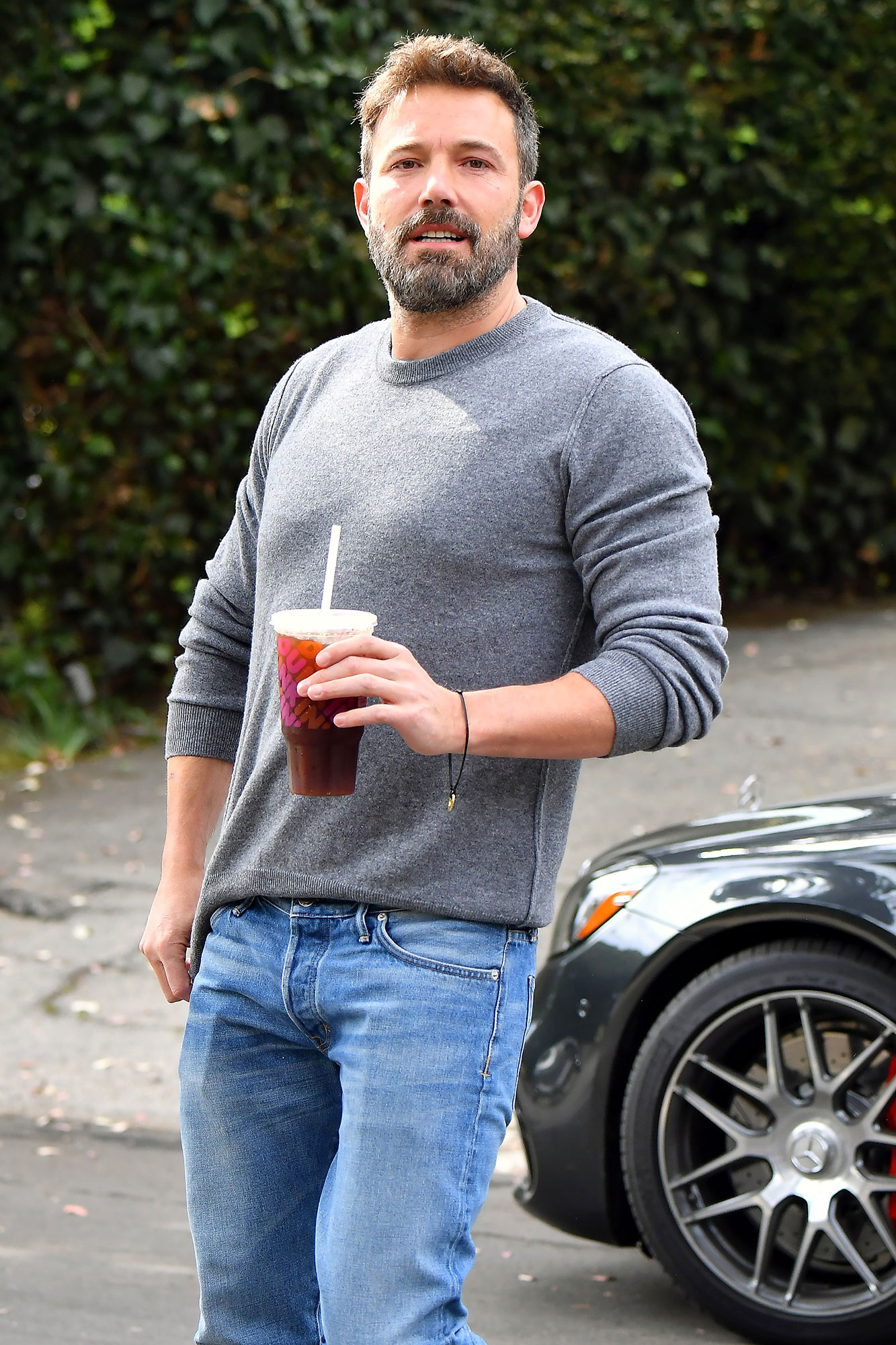 Owning up. Ben Affleck spoke out for the first time since breaking his sobriety at a Halloween party.

“Well, you know, it happens,” the Oscar winner, 47, told photographers outside his ex-wife Jennifer Garner’s house in the Pacific Palisades neighborhood of Los Angeles on Sunday, October 27, in a video published by the Daily Mail. “It’s a slip, but I’m not going to let it derail me.”

Affleck appeared to be in good spirits while holding his go-to Dunkin’ Donuts iced coffee. He wore a gray sweater with jeans and blue sneakers.

The actor’s comments came hours after he was spotted looking intoxicated after attending the UNICEF Masquerade Ball in West Hollywood on Saturday, October 26. TMZ published a video of Affleck wearing a skeleton mask and stumbling out of Kimpton La Peer Hotel. After posing for a photo with an unidentified woman, he nearly fell in the street and had to steady himself on a parked SUV.

“Ben has acknowledged he’s going to slip up from time to time,” a friend later told Us Weekly. “It was never as if this was simply behind him.”

A second source told Us that Affleck’s “sober coach came over earlier” on Sunday before the Triple Frontier star went to Garner’s house. “She’s upset but always supportive,” the source said of the Alias alum, 47, with whom Affleck shares three children: daughters Violet, 13, and Seraphina, 10, and son Samuel, 7.

The Justice League star’s relapse came two months after he celebrated a year of sobriety. “Ben is in a great place in his recovery and life,” a source close to the star told Us in late August. “He continues to want to be the best father and friend he can be. … He remains committed to a number of treatment and wellness methods that focus on his health.”

Affleck, who regularly attends Alcoholics Anonymous meetings, has been in rehab three times over the years. He first checked into treatment in 2001, then again in 2017 and more recently in August 2018.

“Battling any addiction is a lifelong and difficult struggle,” he wrote on Instagram in October 2018. “Because of that, one is never really in or out of treatment. It is a full-time commitment.”

If you or someone you know is struggling with substance abuse, contact the Substance Abuse and Mental Health Services Administration (SAMHSA) National Helpline at 1-800-662-HELP (4357).