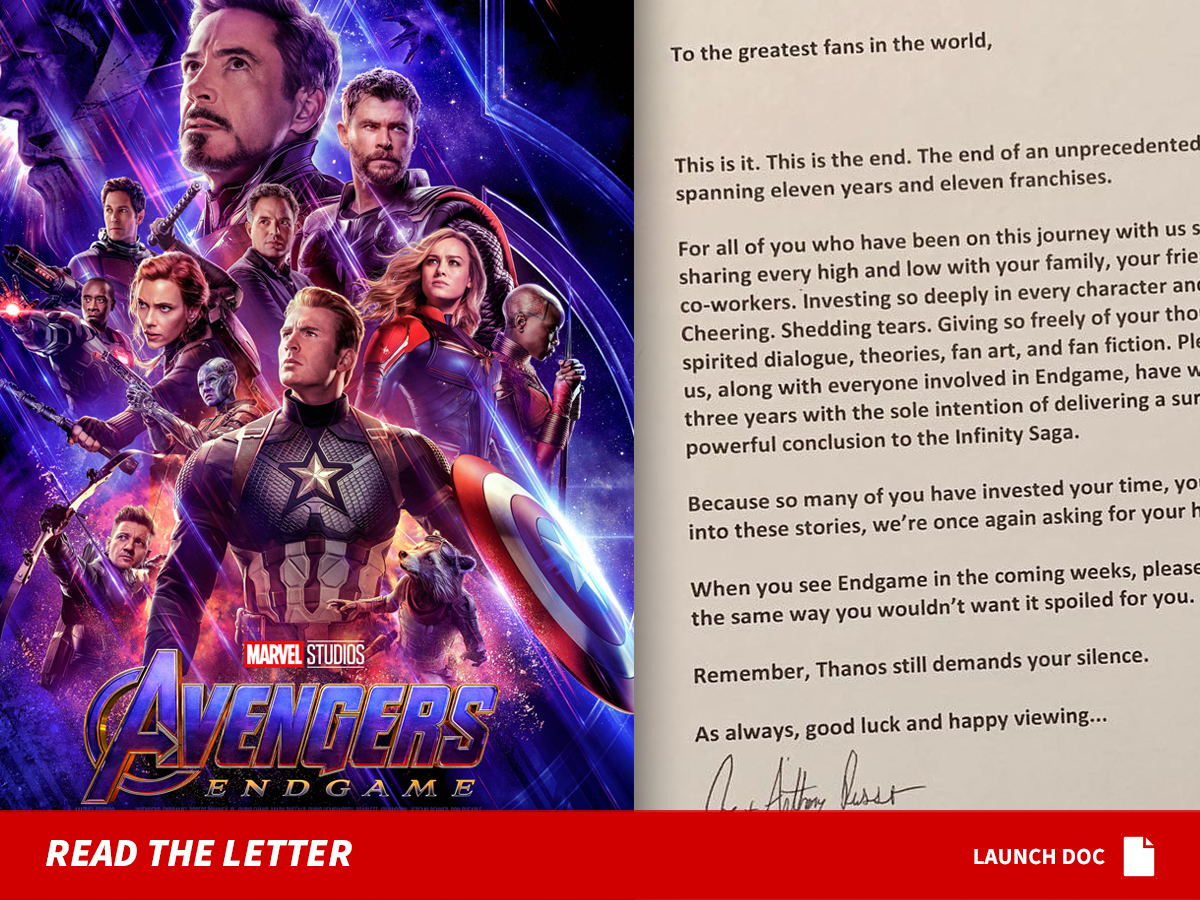 As the end of ‘Avengers’ looms  … the directors behind the blockbuster movie are begging fans to shut the hell up so they don’t spoil the ending for everyone.

“Avengers: Endgame” arrives in theaters this week, and directors Anthony and Joe Russo are getting out in front of the problem … cajoling moviegoers into keeping their mouths shut after they see the flick.

In a letter addressed to “the greatest fans in the world,” the directors promise a “surprising and emotionally powerful conclusion to the Infinity Saga” … and then ask for silence.

“Because so many of you have invested your time, your hearts, and your souls into these stories, we’re once again asking for your help. When you see Endgame in the coming weeks, please don’t spoil it for others, the same way you wouldn’t want it spoiled for you.”

If that wasn’t serious enough … the Russo bros. close with this chilling warning, “Remember, Thanos still demands your silence.”

Mark Ruffalo, who plays The Hulk, is on board with his directors’ message … tweeting a picture of the letter.

The lead-up to the highly-anticipated film has been shrouded in secrecy, but earlier this week some leaked ‘Endgame’ footage started appearing online … and now the directors sound a little ticked.