Joining the fun. Armie Hammer revealed his daughter, Harper, was one of the flower girls in Nick Jonas and Priyanka Chopra’s extravagant Indian wedding on December 1, which fell on Harper’s 4th birthday. 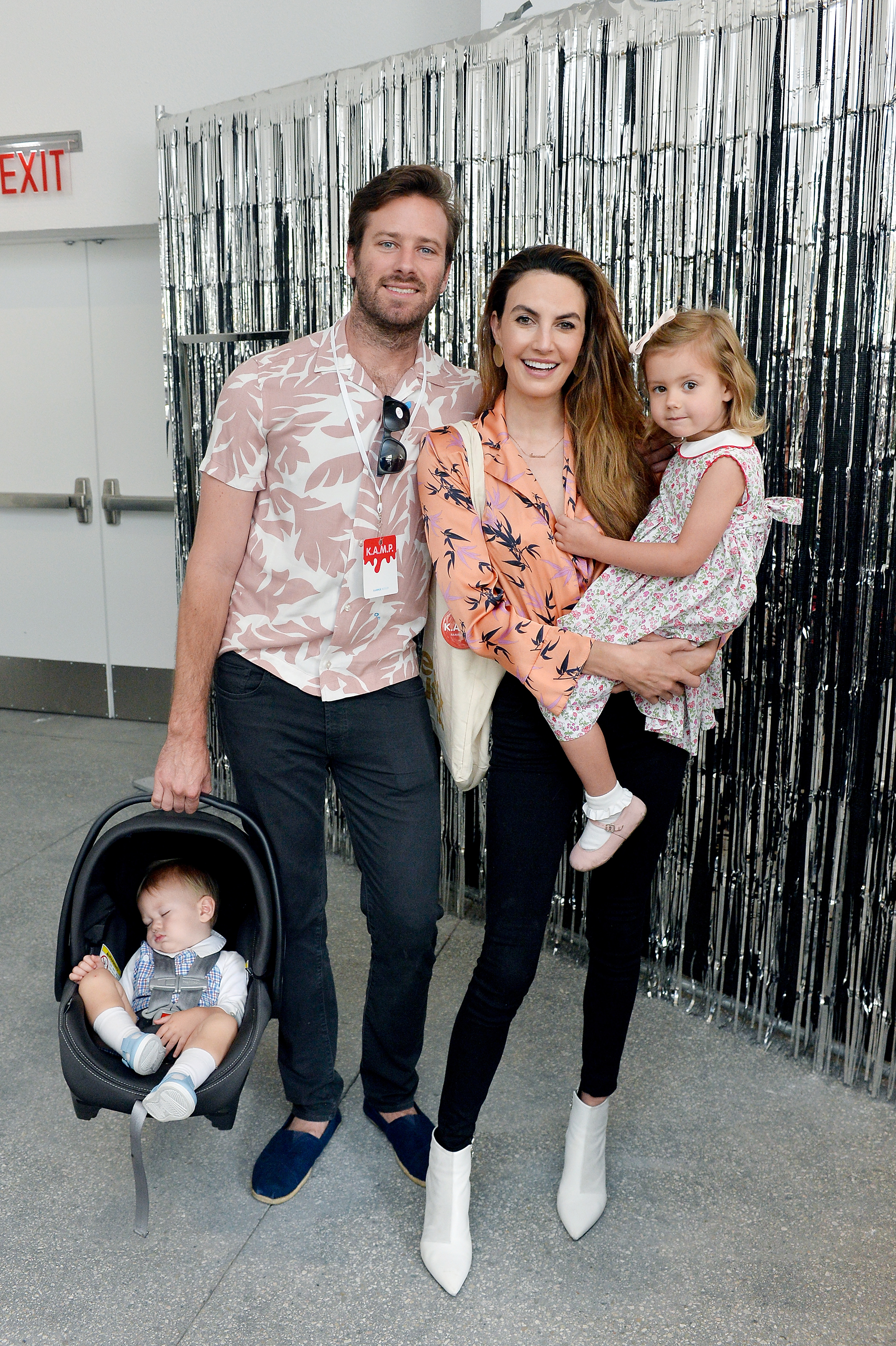 “I couldn’t go, because [I] was in Europe doing a press tour, but my wife, Elizabeth [Chambers], and our daughter, Harper, went,” the Call Me by Your Name star said on the Today show on Thursday, December 13.

“And your daughter was a flower girl?” host Savannah Guthrie then asked, to which he replied, “She was one of the flower girls in the wedding, yeah.”

The Hammers, who share 22-month-old son Ford, have quite the history with the Jonases, as they were present for the newlyweds’ first date.

The On the Basis of Sex star revealed: “We were there for Priyanka and Nick’s first date. We were sitting there and we kinda watched the two of them talking and were like, ‘Hey, you see what’s going on over there?’ And now they’re married, so.”

While the couples’ nuptials may have slightly overshadowed Harper’s birthday, her 36-year-old model mother was sure to make it as special as possible. “Hands up if you’re four! Happiest Birthday to our incredibly spirited, confident, intelligent and caring Hopsey,” she wrote on Instagram, adding a picture from the wedding. “We love and cherish the extraordinary person that you are.

The Quantico alum, 36, and the “Jealous” singer, 26, tied the knot in a Western ceremony on December 1 at the Umaid Bhawan Palace in Jodhpur, Rajasthan. They said “I do” once again in a Hindu ceremony the following day.

Hammer gushed to Us about his two children in June: “They’re just perfect little human beings who are so pure and inquisitive and open and free and to see that and want to protect that is … it’s an amazing urge and I feel so fortunate to have two amazing kids.”