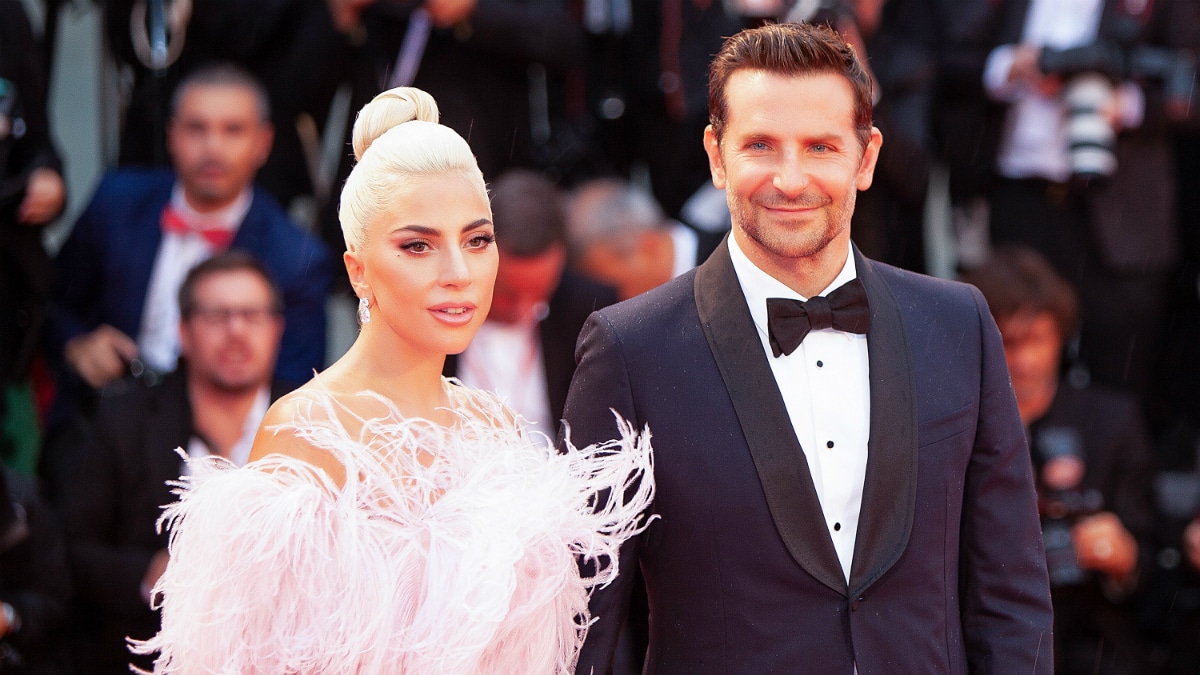 When Lady Gaga and Bradley Cooper were cast in A Star Is Born, both were in relationships with other people. However, their incredible chemistry, both on-screen and off, has many wondering if there’s more to their quick friendship than meets the eye, especially since Lady Gaga called off her engagement to Christian Carino.

Now, with Lady Gaga slated to sing at the 91st Academy Awards, many can’t help but wonder if she and Bradley Cooper are secretly an item despite his continued relationship with Irina Shayk.

Many reports of unhappiness in their relationship suggest that Cooper may have opted to move on with Gaga.

Was grinning from the sun to the moon watching Steven Spielberg present Bradley with “Best Director” award at the National Board of Review. What a beautiful speech they both gave, and so inspiring. That’s one lucky Italian New York girl in that pic! ?: @dimitrioskphoto @gettyentertainment

What about Bradley Cooper and Irina Shayk?

Since they were first spotted together in 2015, Bradley Cooper and Irina Shayk have kept their relationship as private as possible. Shayka has even commented on her personal life, emphasizing the “personal” as she explained to Glamour UK earlier this month.

Cooper has been just as candid about keeping his relationship private. He even spoke with Howard Stern about it, explaining that he isn’t interested in flaunting Shayk on red carpets only to have his every move documented and photographed then torn apart.

He would know too since even when Cooper and Shayk are trying to keep to themselves, photographs are taken and assumptions have been made about possible friction between them many times over their few years together.

Lady Gaga and Bradley Cooper — A close friendship or more?

Without a doubt, Lady Gaga and Bradley Cooper formed a close friendship while filming A Star Is Born. The actors have talked about it multiple times but is there more to them than just friendship?

Some have cited the way they look at each other and how they gush about each other as signs that they are more than friends. There are even rumors that Lady Gaga called off her engagement because of how she felt about Bradley Cooper but is that what’s really going on?

Lady Gaga and Bradley Cooper met in person in 2016 when he asked to meet her to discuss the possibility of working together. They became quick friends, having quite a bit in common.

Cooper cited their East Coast Italian family upbringing and the fact that she fed him homemade spaghetti and meatballs during their first meeting as reasons why they connected so well. It turns out he wasn’t the only one who felt that way.

“From the moment he came to my home and I opened the door and we locked eyes, I felt an instant connection with him,” Lady Gaga said of Bradley Cooper during a joint press conference.

“For someone who doesn’t feel safe all the time, he made me feel so free. At the same time, he’s so laser-focused while he’s working. I got to live my dream. There could be 100 people in the room and 99 don’t believe in you, just one—and it was him.”

During the same press conference, Cooper also admitted that when he first met Gaga for that screen reading, he “fell in love with her face and eyes.”

More clues as to how Bradley Cooper feels about Lady Gaga can be seen on his Instagram page where there are a few pictures of Cooper and Gaga together but none of Cooper and Shayk. Also, of the four accounts that he follows, Lady Gaga is among them. Irina Shayk is not.

It’s hard not to ship Lady Gaga and Bradley Cooper after hearing them speak about each other. However, Cooper is still romantically linked to Irina Shayk as recently as February 2019.

While neither of the A Star Is Born stars are commenting on the chatter about their undeniable chemistry, we’ll just have to wait and see.

That said, Lady Gaga and Bradley Cooper are scheduled to perform their song Shallow from A Star Is Born during the Academy Awards and all eyes will be on them as many try to decipher whether they are just friends or if there is more going on.