Two of a kind! Scott Disick and Sofia Richie traveled to Mexico for a romantic getaway after celebrating his ex-girlfriend Kourtney Kardashian’s 40th birthday.

The couple relaxed on a yacht and took in the sights on Friday, April 19. The duo cuddled up in casual attire before stripping down to their swimwear.

One day earlier, Disick, 35, and Richie, 20, attended Kardashian’s party, along with members of her famous family and her ex-boyfriend Younes Bendjima.

The trio celebrated in a more intimate fashion when they visited Finland during the first week of April, a source previously told Us Weekly exclusively. The exes’ children, Mason, 9, Penelope, 6, and Reign, 4, joined them on the excursion.

Earlier this month, an insider told Us that Richie, Disick and Kardashian “are in a good place,” adding: “She sees Scott and Sofia all the time.”

The model is “part of the family now,” according to another source. “Everyone really likes Sofia. She’s really sweet and she’s so good with the kids,” the insider explained. “They all get along, it’s crazy. When you get to a stage with your ex and you can be around him and his new [girlfriend], that’s a great stage to be in, and Kourtney knows how lucky they are. Kourt and Scott make sure to make everything as normal as possible for the kids.”

Richie opened up about her romance with Disick in a February interview with Tatler. “I think a lot of people think they have to prove their relationships through social media and I’m just happy being private about my relationship,” she said. “It’s not like I won’t post pictures about it, but I like having my little private life. … I’m not a party girl and I really don’t like the paparazzi.” 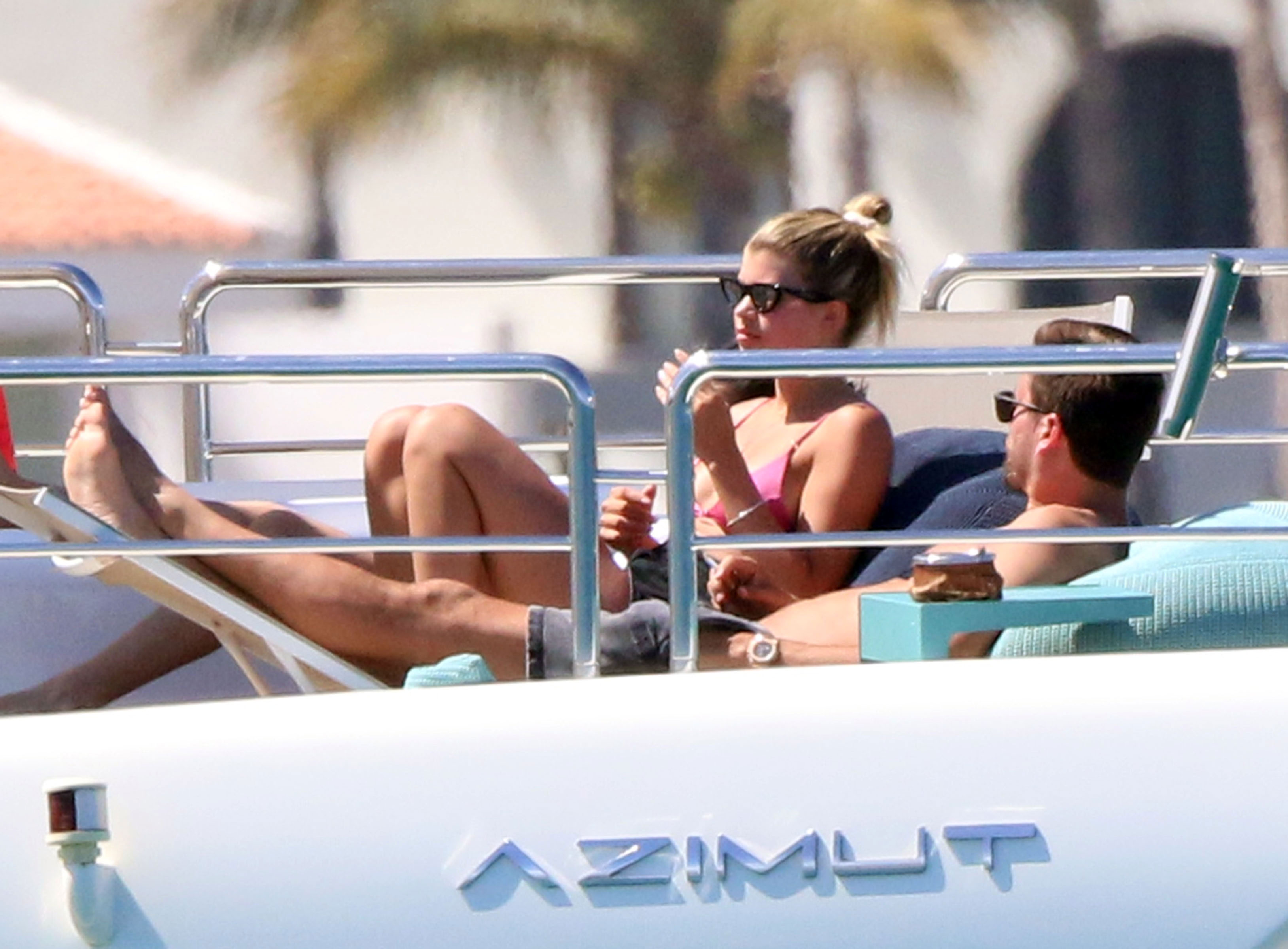 The duo looked relaxed as they lounged aboard a yacht and soaked up rays. 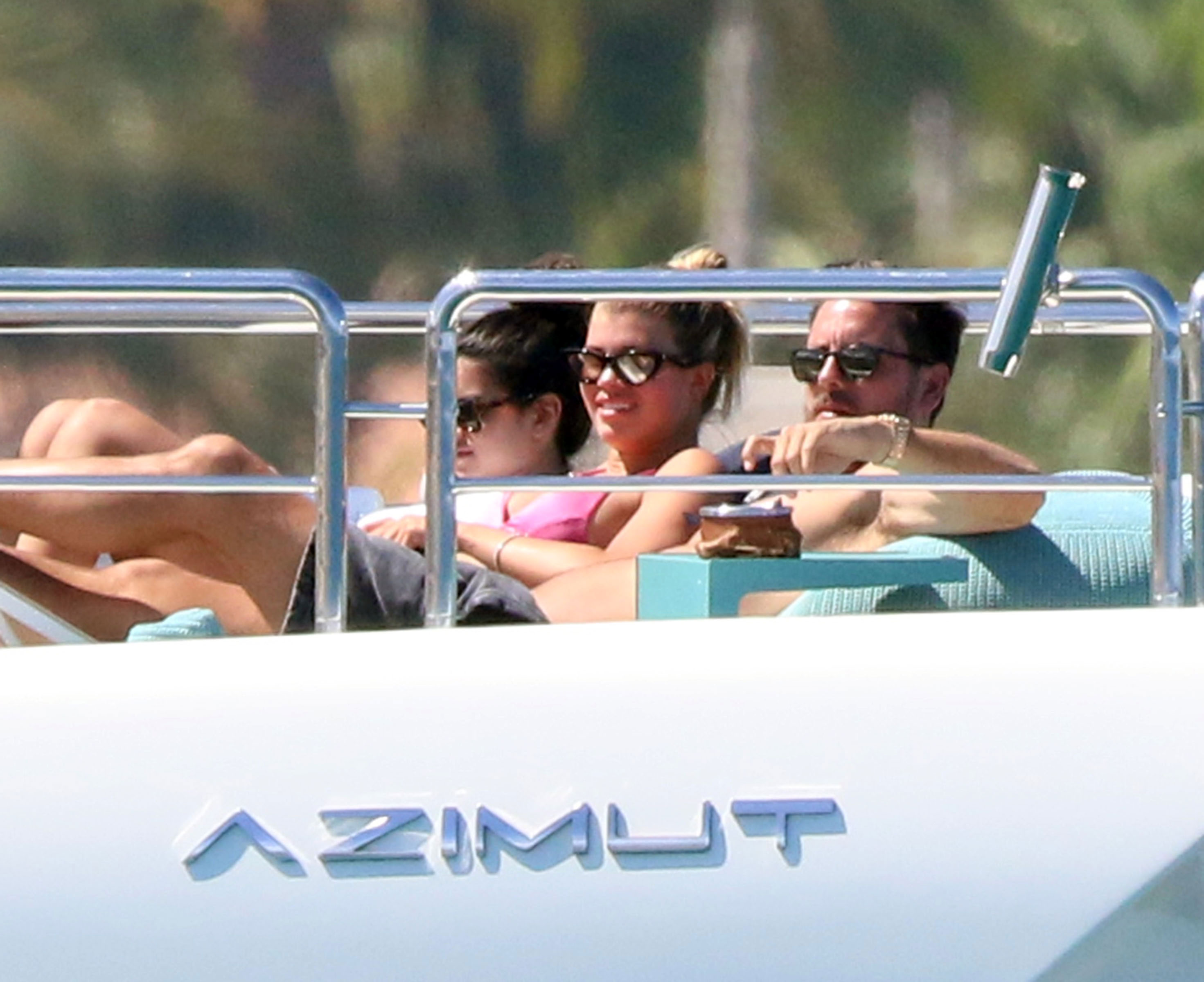 Richie was all smiles on the voyage. 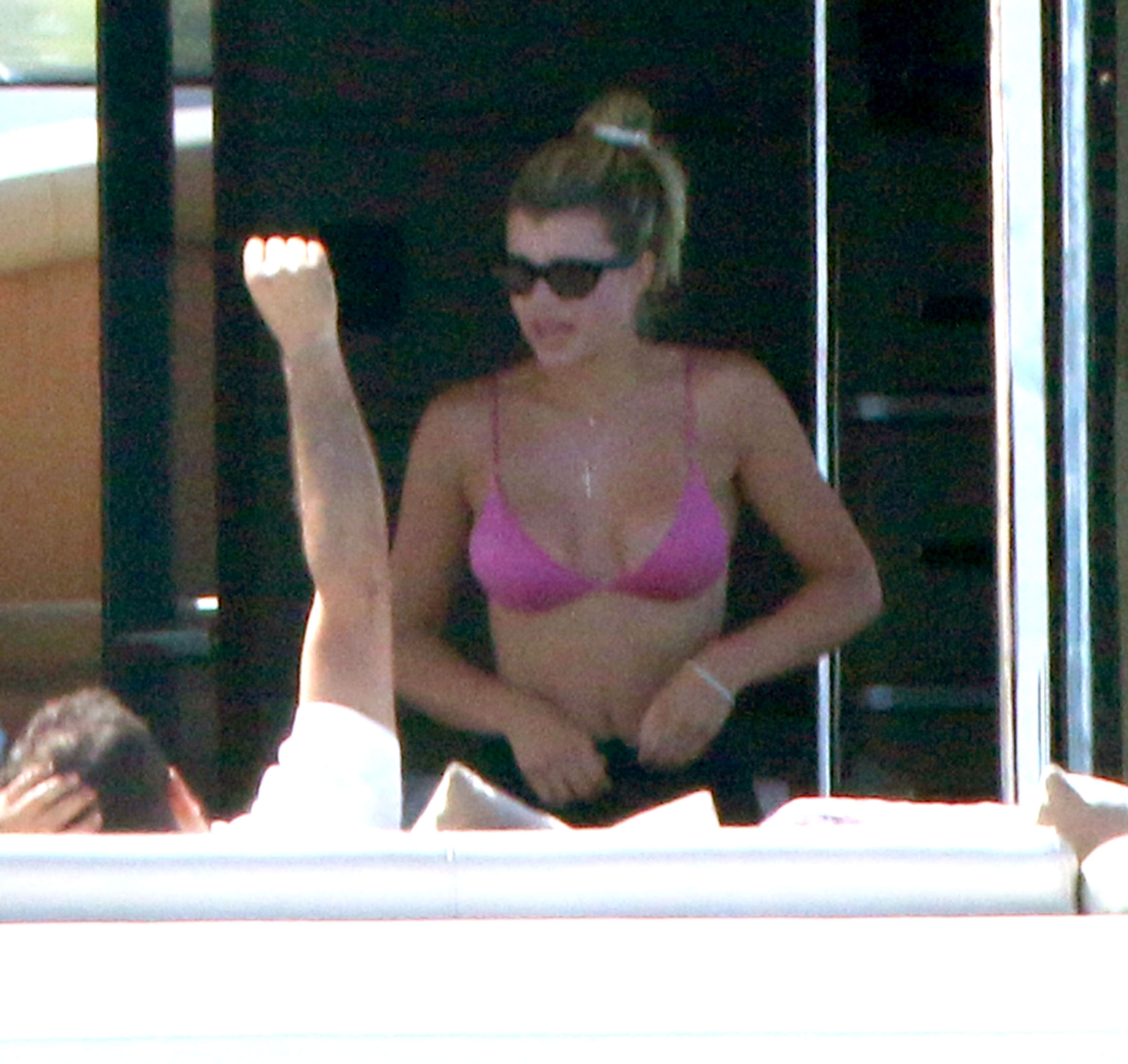 The model clapped back at a troll who told her to ditch Disick in March. “Leave me alone and face your future,” she replied. 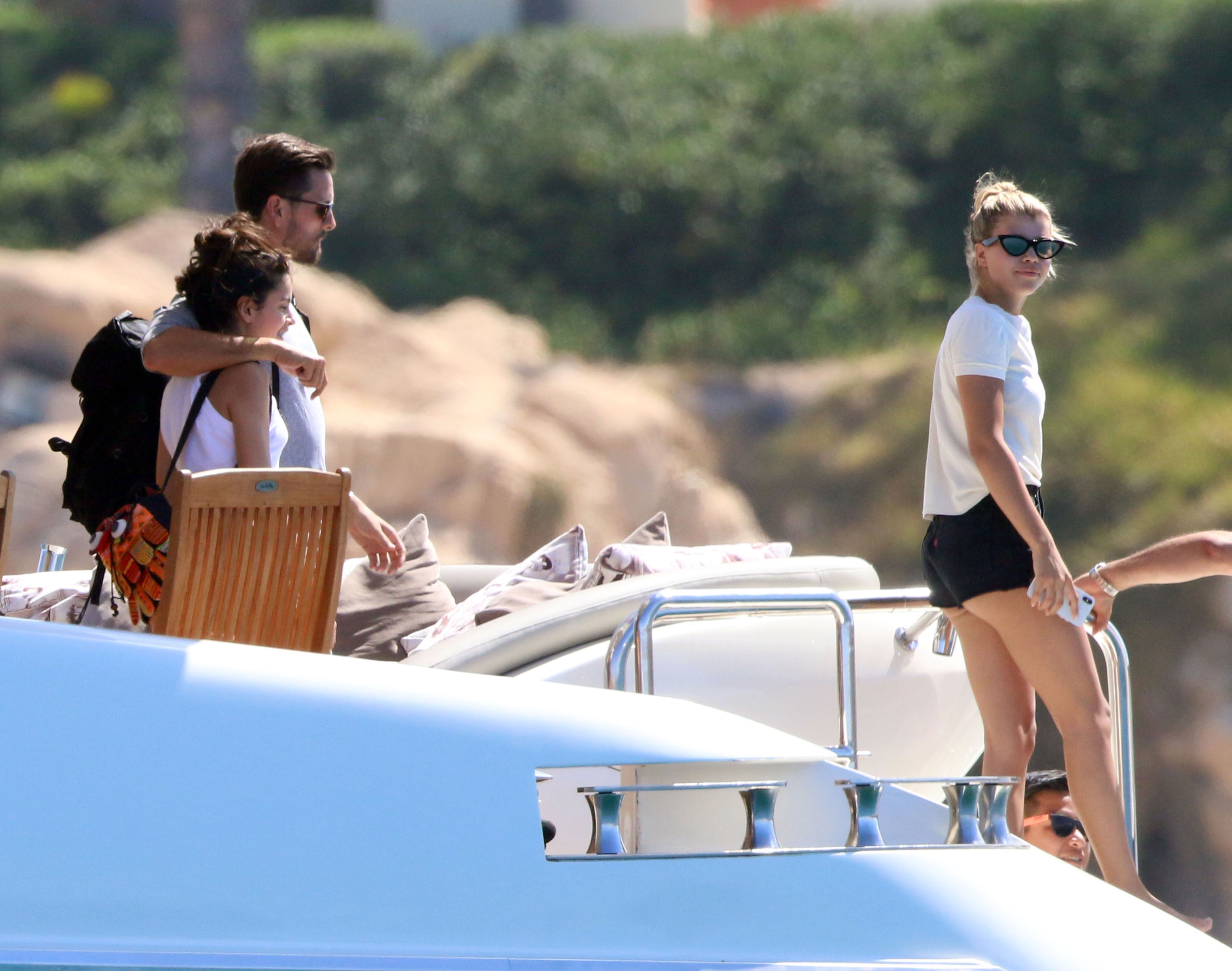 The reality star wrapped his arm around a female friend as they stepped off the boat. 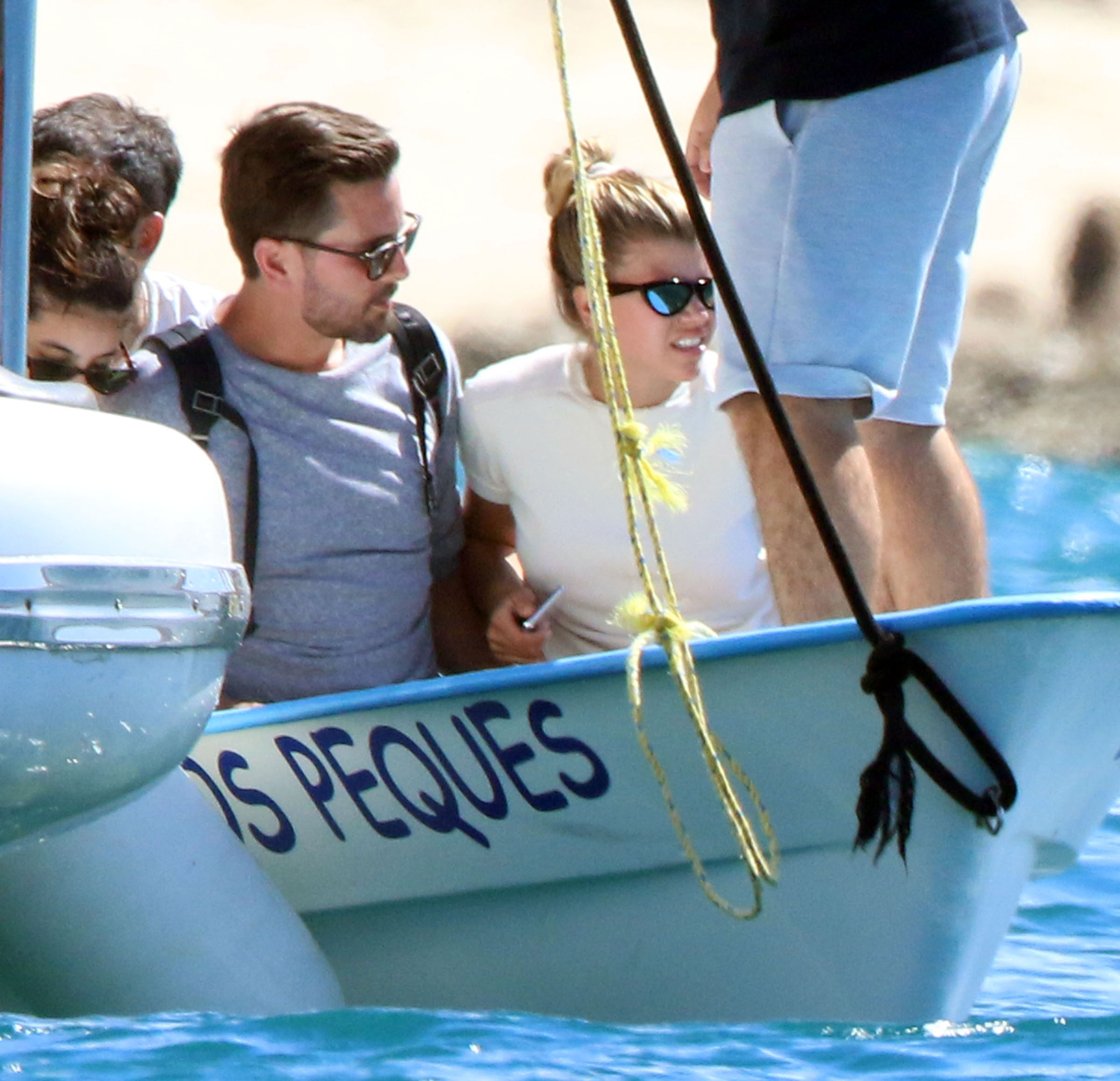 The Two of Us

Disick and Richie stayed close together during their day out at sea.