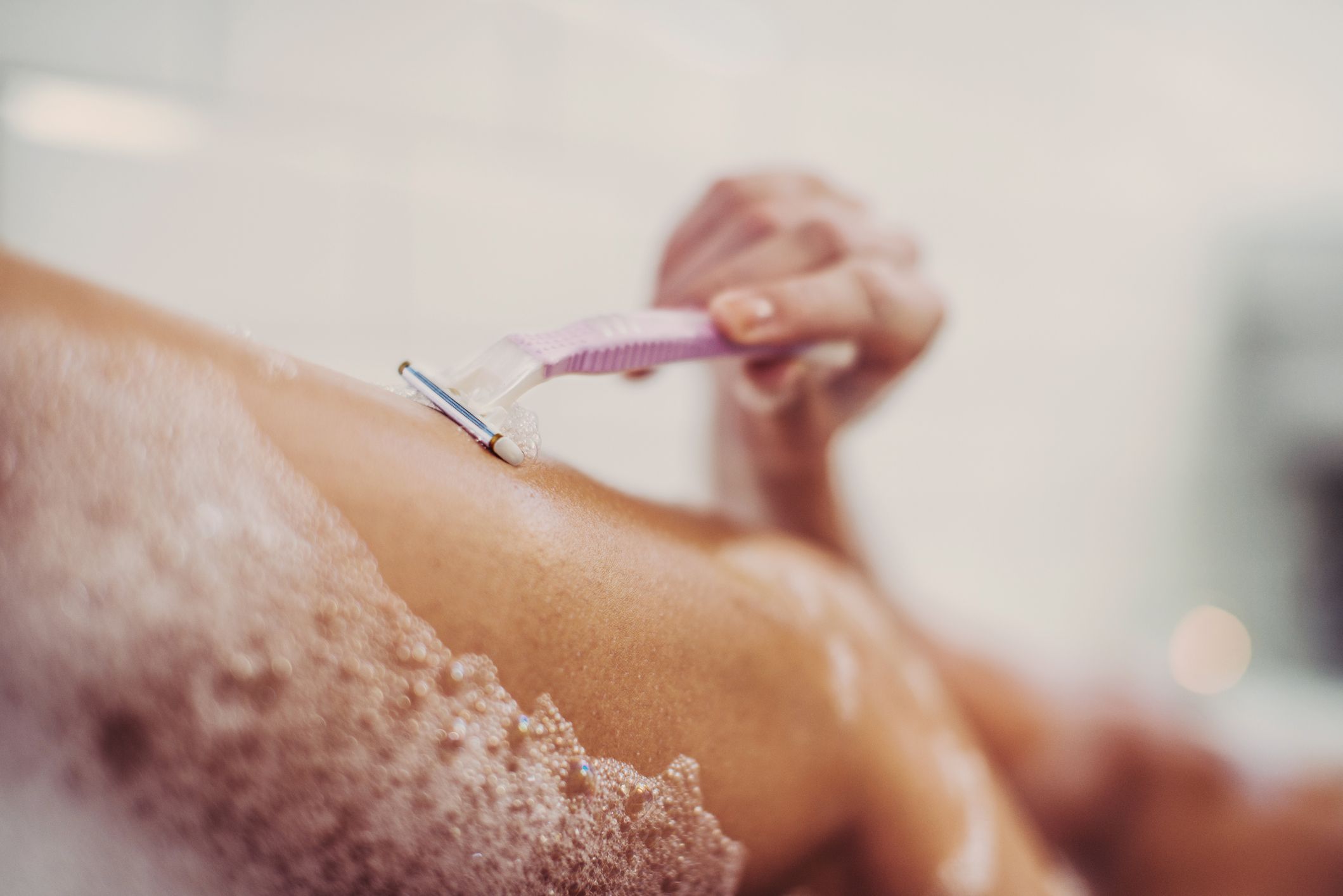 No matter how many years you’ve been shaving, razor bumps can happen to the best of us. To get to the bottom of why the bumps pop up and how to get rid of them, we spoke with esthetician and co-founder of GLO Spa NY Sai Demirovic and Dr. Lily Talakoub, a dermatologist at McLean Dermatology and Skincare Center.

WHY DO RAZOR BUMPS HAPPEN?

Razor bumps form when hair is either nicked irregularly or when hairs are curled under the skin and become inflamed, explains Talakoub. She says they occur more often in parts of the body that fold, such as the underarms, because of the skin on skin contact and the increased moisture that happens in that area. Demirovic adds that most of us get razor bumps where hair grows the thickest, like the face, neck, bikini area and underarms because thick hairs cause more irritation and oil production than finer hair. This can lead to inflammation and possible infection.

She also says bumps happen more frequently with those who have naturally coarse hair and darker skin tones. “Hair naturally grows into a curl that has a larger risk of getting trapped into the skin than a straight hair can,” she says. These bumps can last up to two weeks, which can make it a never ending battle when you shave frequently.

HOW DO YOU GET RID OF THEM?

Talakoub suggests applying either a topical antibiotic solution (like Neosporin) or topical steroid (like Cortizone) over the area with bumps. Try to refrain from shaving for a couple of days until the irritation calms down. She also suggests wiping the skin with a witch hazel pad post-shave and then applying a 1% hydrocortisone cream.

Demirovic likes using iS Clinical Active Serum or the PFB Vanish Razor Bump Stopper Roll On Shaving Gel, which she says has lactic, salicylic, and glycolic acids to exfoliate the skin above the trapped hair and kill bacteria trapped in the follicle. She then reached for aloe vera to soothe the area and calm the lingering inflammation.

HOW CAN YOU PREVENT THEM?

When’s the last time you changed your razor blade? If you can’t remember—that means it’s been too long. Other than using a sharp and clean razor, there are a few other tricks to make sure you get a close shave without any irritation. Talakoub says to shave with the grain—not against—and to shave in a steamy shower to soften the hairs. You’ll also want to avoid leaving your razor in the shower as the dampness can cause it to gather bacteria and mold. Stash it in your medicine cabinet or toothbrush holder, instead.

You’ll also want to avoid leaving your razor in the shower as the dampness can cause it to gather bacteria and mold.

As for products, Demirovic suggests mixing vitamin E oil with Cetaphil Moisturizing Lotion to nourish the skin and recommends something like FUR Oil for your bikini area. Talakoub likes the Cane + Austin Body Retexturing Body Pads before shaving and Tend Skin Lotion to reduce ingrown hairs and razor bumps.

If all of the above fails, you may want to look into laser hair removal. “It kills the hair all the way down to its root,” says Demirovic. “Essentially, if there isn’t hair growing, there isn’t anything in the way to cause an ingrown hair. Laser can also help reduce the hyperpigmentation and scarring caused by ingrowns.”