Beauty tips and tricks are all the rage. From YouTube tutorials to Pinterest hacks, everyone seems to be looking for ways to up their beauty game, and according to Allure, the most Googled beauty question of 2018 proves that everyone is kind of obsessed with eyelashes even if no one seems to know how to use them.

When it comes to lashes, there’s a lot of options and a lot of work. From how to apply traditional strip lashes to how to care for eyelash extensions and what lashes are right for you, it’s a lot to take in. According to Allure and Google, though, the biggest eyelash question of 2018 centered around one big trend: magnetic lashes.

If you didn’t hear about the magnetic lash trend of 2018, they’re basically exactly what they sound like. Instead of applying a strip lash with glue, each eye has two strips with teeny tiny magnets along the lash line that connect over your own. Sounds simple enough, right? Apparently not so much.

The most Googled questions wasn’t what magnetic lashes are, where to buy them, or how well they worked. Instead, it was "how to apply magnetic lashes," and it doesn’t seem like the answer exists. 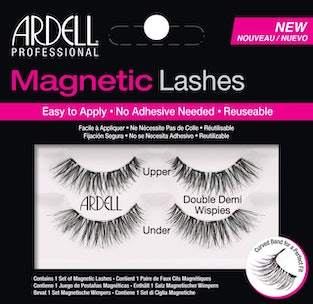 The magnetic lash craze came along in late 2017 and lasted through 2018, and it appears as though people were hoping for an easier and faster way to apply falsies. After all, applying glue to a strip lash, waiting for it to become tacky, and then gluing down your lash isn’t a process you can rush. Magnetic lashes seem like the easy, pop on, and head out the door answer to this, but one look at reviews of them, and you’ll understand why people were Googling how to use them.

One of the most obvious tells that magnetic lashes were one of the hardest trends to conquer was the fact that many mega-talented YouTubers just couldn’t get them to work.

Guru Tati Westbrook is a lash applying pro (as are most gurus), and while she desperately wanted to the lashes to work for the sake of ease and a lack of glue, they just weren’t cutting it.

Other gurus like Ellarie were, however, successful with the style. Her video, however, proves that applying the lashes isn’t the easiest thing in the world and takes time to learn how to use. Like everything, there are pros and cons to the product.

As for the every day person — aka those who aren’t a beauty guru — the reviews on Amazon for certain pairs of lashes are, well, not great. For Ardell’s set of magnetic lashes, of 236 review, half of them were a single star.

Other brands, however, like One Two Cosmetics, seem to fair better for people. Their Founder’s Lash has a 4.7 out of 5 star rating with 400 reviews and even won a 2016 Allure beauty award. It seems some pairs may actually work — just keep in mind that One Two Cosmetics lashes are a whopping $69 while Ardell’s are only around $10. 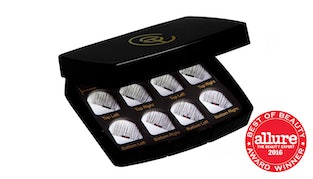 Will people ever discover how to use magnetic lashes? Maybe or maybe not, but they’re certainly Googling it to try.