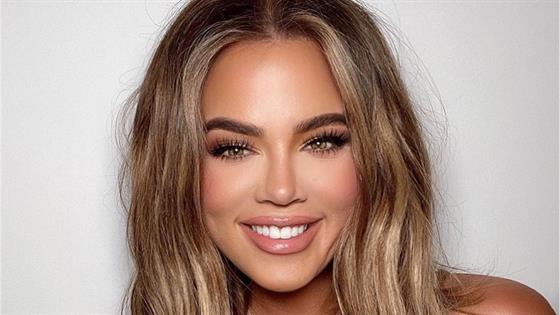 On Thursday, the Keeping Up With the Kardashians star posted a series of photos of herself and her new darker ‘do. After a commenter asked why she looks “so different” in her photos, the Good American head didn’t waste any time issuing a reply.

“From my weekly face transplant clearly,” she quipped.

Needless to say, fans couldn’t get enough of Khloe’s response.

“I loveee you Khlo,” added another with a series of laughing emojis.

Khloe’s followers aren’t the only ones to react to her new style. After Khloe debuted her transformed tresses, her ex, Tristan Thompson wrote “baddie” underneath the selfie and posted fire, heart and muscle emojis. Kris Jenner complimented her daughter’s look, as well.

“Location: under bitches skiiiinnnnn,” she captioned the image.

The reality TV celeb credited stylists Andrew Fitzsimon and Tracey Cunningham for her cut and hair color and makeup artist Ash K. Holm for her glam.

As fans are well aware, this isn’t the first time Khloe has sported a darker hair shade. In fact, she’s rocked the hue several times over the years. Fans thought Khloe actually went back to brunette last fall for a KKW Fragrance campaign. However, she later confirmed it was just a wig.

To see celebrity at-home hair transformations, check out the gallery.