Since its inception in 2018, the anonymous account has called out brands for offences of bullying, lack of diversity, and cultural appropriation.

For some people working in the industry, Estée Laundry is undeniably influential: fans love it, publicists dread it and brands fear being featured on it. The account has amassed 129,000 loyal followers dubbed "laudrites", including international fashion and beauty editors and public relations bosses. It even boasts Victoria Beckham as a follower. 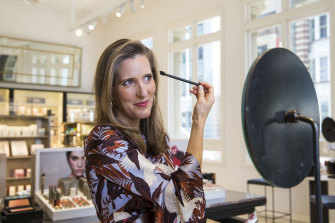 Last month the faceless account made waves for "outing" claims of bullying at Australian beauty giant Mecca. More than 50 incidents of alleged mistreatment from people claiming to be former Mecca employees were posted to the page, detailing experiences of harassment from managers, racism towards staff, and a "toxic" culture of favouritism and nepotism. 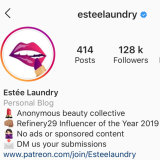 Estee Laundry has gone viral for outting brands in the beauty industry.Credit:Instagram

Following the complaints, Mecca's founder and owner Jo Horgan, a former entrepreneur of the year winner, addressed the claims in a number of emails to her staff promising to take short- and long-term action.

The make-up retailer says it has taken the claims seriously by enlisting an external culture specialist to commence a "listening tour" around stores and make recommendations on how the company can improve. It even established an anonymous workplace complaints hotline for staff to voice their workplace concerns.

Whilst there is no doubt the power the social media account has had on the industry, not everyone is sold on the legitimacy of Estée Laundry's claims.

"It is definitely being discussed, but the general consensus amongst the industry is that they’re faceless bullies that rarely get it right and deliberately stir-up controversy to promote engagement," an Australian beauty editor wishing to remain anonymous told The Sun-Herald. "The account tends to present one-sided arguments that incite trolling and abuse to the brands and people they target." 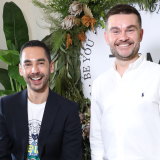 Interest in the identity of the privately-run account has become popular fodder online and in beauty salons around town and internationally with a general industry consensus of who they might be.

"The tone of the account reeks of bitterness, so a lot of us believe they are failed beauty industry alumni with a massive chip on their shoulder," the beauty editor said.

"There is definitely at least one Australian in the mix, as they pick up a lot of our stories very quickly."

Ewan Belsey, co-founder of men's make-up brand Tony & Munro, says while social media empowers people to have a voice, it also comes with a responsibility.

"In the age of social media, there are no secrets. Customers expect authenticity, genuineness and honesty from the brands that they purchase from and associate with their lives," he says.

"You only have look at the awareness movements that Estée Laundry has created to realise that bullying is present in the beauty and fashion industry, and that's why companies like Tony & Munro that exist in the beauty industry should be addressing it."