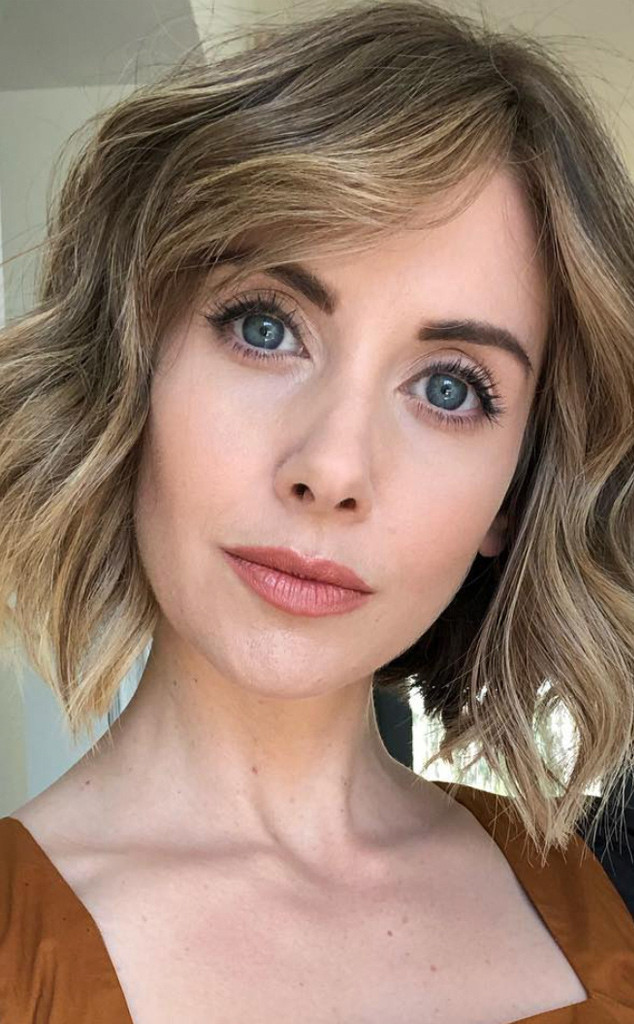 “When your husband asks you to ‘go blonde’ for a role…you say yes,” she captioned the pic, giving a little shout-out to Dave Franco. While she didn’t specify which film the new look was for, the 36-year-old actress is set to appear in The Rental, which her hubby wrote and is directing.

The GLOW star credited Clarissa Anya Rubenstein for the dye job. She also styled her look with a few waves. It certainly is a big change for Brie, who has sported brown hair for most of her career.

Still, it looks like Brie is fully embracing her new look. The Community alumna posted a selfie of her smiling next to her co-star Betty Gilpin and captioned it, “Just a couple a blondes hangin out at the Netflix building.”

It certainly has been a busy time for Brie. In addition to working on her new movie and Netflix show, the celebrity appeared in The Lego Movie 2: The Second Part earlier this year.

We can’t wait to which see project—and look—and she debuts next.